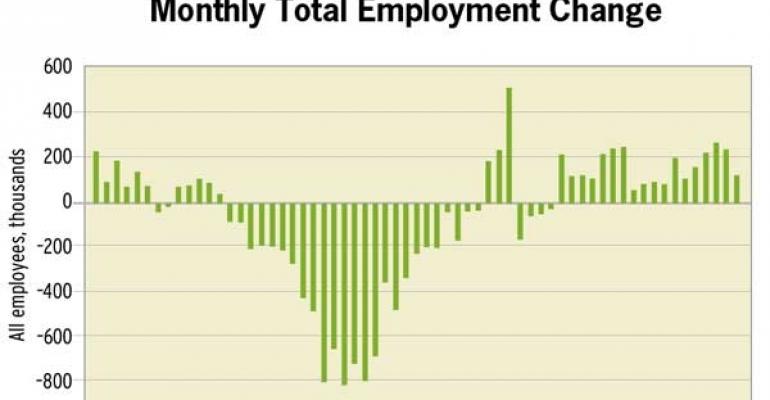 We consider real estate to be in the early phase of a cyclical recovery. After a hiring slump in mid-2011, the job market has begun to show signs of strength, as the unemployment rate continued declining in the first quarter of 2012.

Investor interest to date has been focused on top-tier assets in prime markets and is thus reflected in bifurcated cap rates, with rate compression in those select markets and assets. At this early phase of the real estate recovery, we believe the real estate asset class can provide very attractive return opportunities relative to other alternatives.

Multifamily As widely forecast, multifamily has been leading the recovery, exhibiting year-over-year rent growth of 4 percent to 5 percent in 2012, according to CBRE Econometric Advisors (CBRE-EA). Rent growth for multifamily is strong in virtually all markets, with half already exceeding prior peak rents.

The strongest markets include New York City, San Francisco/San Jose, Seattle, Washington, D.C., Boston and Houston, with value-add and new development emerging as popular strategies in this sector. However, with this rapid increase in new development comes a moderate risk of excessive supply in the next two to three years.

Port markets posted the greatest absorption, including the Inland Empire, Oakland, Houston and Miami, as well as select inland markets, including Dallas, Atlanta and Central Pennsylvania. Large warehouse properties (defined as those greater than 400,000 sq. ft.) saw the greatest space demand to date, with opportunities present in build-to-suit and speculative development in select markets. Overall, industrial rent growth continues to lag, but growth is generally forecast in 2012 as long as demand continues to grow and landlord concessions decline.

Retail Retail absorption nationally turned slightly positive in 2011, marking the first year of positive net absorption since 2007. Despite the positive absorption, vacancy remained unchanged at 11 percent as a result of an equal amount of new deliveries.

Following three years of rent declines, retail effective rents were unchanged in 2011. Retail is a divided sector, despite relatively robust consumer spending over the past six months: Necessity and high-end retailers are doing well, while middle retailers are being squeezed. We do not anticipate any meaningful rent growth until late 2012. We also anticipate construction to be minimal, holding vacancy in check.

Hotel The hotel sector has had continued solid operating performance, with growth in revenue per available room of 7 percent in 2011, enhanced by robust corporate travel. While a weak economic recovery and high fuel prices remain risks to room demand in 2012, muted supply growth may provide a boost to occupancy.