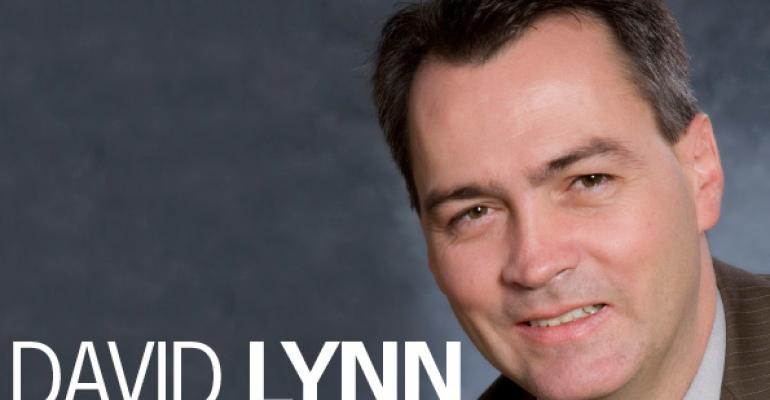 A Few Thoughts on Commercial Real Estate in 2015

While it is impossible to divine the future, we can prognosticate on some potential commercial real estate trends in 2015.

With most institutions, not to mention high net worth investors, still under-allocating their capital to real estate, combined with the strong performance of both NCREIF and NAREIT, we can expect more investment capital to come into commercial real estate. Dare I say, it is likely to be a “wall of capital.”  The significant amount of capital would be vexing, if not for the fact that real estate seems to offer some of the best risk/reward around, particularly given the multi-year run-up in equity and bond values. Look for higher allocation targets and more foreign and private investor money to continue to push capital values up well beyond the 2007 peaks, which should be pause for concern.

New supply is at a historic low, in part because market rents generally have not justified new construction and financing has remained constrained. This leaves enormous potential in the to push up occupancies and rents at existing properties. 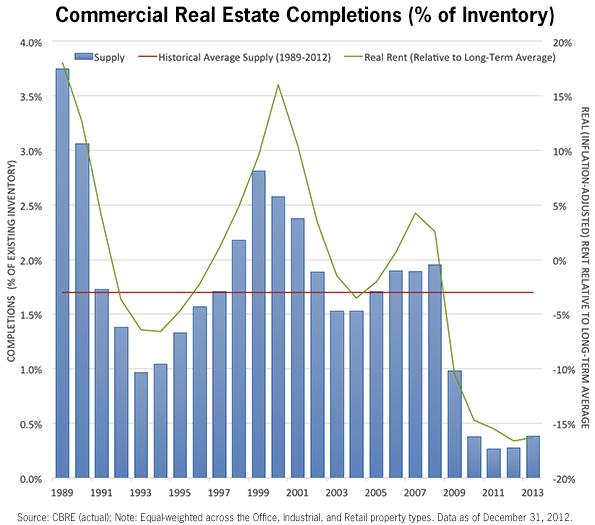 It was only in recent quarters that investors have been willing to accept some additional risk to achieve higher yields. That has brought new activity to a number of secondary markets, including Philadelphia, Denver, Austin and Charlotte, where well-priced class-A properties have come into play. Additionally, there has been some ‘trickle out’ through the marketplace into still riskier placements in the suburban office arena, and into some class-B and -C properties, where some investors are making strategic value plays. Finding the best investments in unfamiliar markets can be difficult. Class-A office properties in one market are not always comparable to class-A office properties in another. The same is true across the spectrum of property sectors across the range of markets anywhere in the country.

Markets such as San Francisco, Austin and Seattle have demonstrated advantageous population and job growth dynamics. Many of the jobs that are created in those cities are tied to technology as well as energy and banking sectors. Employment growth in the San Francisco area, for instance, outpaced the nation last year, with job gains exceeding 4 percent, and San Francisco is among the top tier of cities where a solid mix of job-creating industries is concentrated. Other Pacific Coast cities, including Seattle and Portland, also exhibit high concentrations of job-creating industries, driven in large part by technology. Other metropolitan areas, including Washington DC with its still-substantial government employment base and growing financial services and technology sectors, and Houston, with its enormous energy sector and export machine, promise to be near the top of any list for investment, and not just in the office sector.

Multifamily transaction volume has reached pre-recession levels, outstripping office transactions for the first time in 10 years as REITs and pension funds have displayed a fierce appetite for the multifamily sector. That pace is unlikely to slow anytime soon. Apartment demand has been, and is expected to be, robust, supercharged by the shock waves of recession and by strong demographic trends that are only beginning to manifest. And as values moved ever higher, cap rates fell back toward 6 percent, close to where they stood in 2005 and 2006. Most deals have been concentrated in larger urban markets, such as New York, Washington, Los Angeles, and Chicago, with considerable focus on the echo boomers, who are partial to the amenities of an urban lifestyle, and their parents, who are realigning their housing needs toward walkable surroundings and mass transit.

A confluence of factors, including the economic recession and the inexorable wave of e-commerce, has redefined the retail market equation. The day of the suburban mall, anchored by a mid-market department store, has probably passed. There will be no return. And, although the industry’s evolution continues, we are already beginning to see a deeply bifurcated mix of high-end urban retail destinations at one end of the retail spectrum, with discounters at the other, and a scattering of local grocery-anchored strips in between. It may not be a formulaic trend, after years of consumer caution and austerity, but an improved housing market should lead to an improved retail environment. With home prices recovering and financial markets making strong gains, household wealth has risen to more than 5.5 times of disposable income, the 20-year average. In addition, the annual expansion in retail sales, at 6 percent per annum, is an indication that retail activity is well on its way to achieving a rate consistent with job creation and income growth.

Regional malls, most of which were developed prior to the downturn, serve as destination shopping venues for the affluent suburban population and most of those have been holding their own, with vacancies hovering within a few basis points of 6 percent. Anchor tenants do well.

Industrial real estate is subject to the whims of the national and global economies, as imports and exports wax and wane with the crises of the day, week or month. There have been indications that economic slowdowns overseas have undermined growth at some of the major ports and larger airports in the United States. And as retailers move to be closer to customers, some intermediate warehouse points have suffered modest retrenchment. That the Amazon distribution model has impacted the warehouse market goes without saying. A number of older warehouse properties have been tagged as obsolete. But even locally-based brick-and-mortar retailers still need warehouse space in many of the same places they have always been—near population centers where people shop. Demand for industrial space has been growing, particularly in gateway markets. Economic recovery and an upward trajectory in consumer spending, on furniture and electronics especially, has led to absorption of space in many major markets, and there has been considerable “trickle-down” effect in secondary markets, including the Inland Empire of Southern California, Sacramento and Charlotte.

Investors feel increasingly confident about acquiring assets, bolstered by attractive financing and still-attractive assets in the marketplace. We should expect to see multifamily continue to lead the Palio for investment activity, particularly in urban and infill locations, and especially in transit-oriented locations, followed  by industrial properties, hotels, office and retail.

Investors are becoming comfortable with an array of asset choices, in a widening number of markets, as they seek ever more attractive yields. Interest rates do not appear ready to rise substantially in the near- to medium-term (especially in light of the Fed’s ongoing accommodative stance and massive deflationary factors gathering momentum), and cap rates—even in many secondary markets—will continue to compress, creating negative spreads in some larger gateway markets for the first time in many years, a worrisome signal. While new construction has begun to pick up in a few areas, new product does not appear likely to offset positive absorption trends.

The outlook for 2015 is that commercial real estate fundamentals will continue to improve, but will the sector’s popularity, as evidenced by ever increasing investment flows, create the conditions for another pricing bubble?