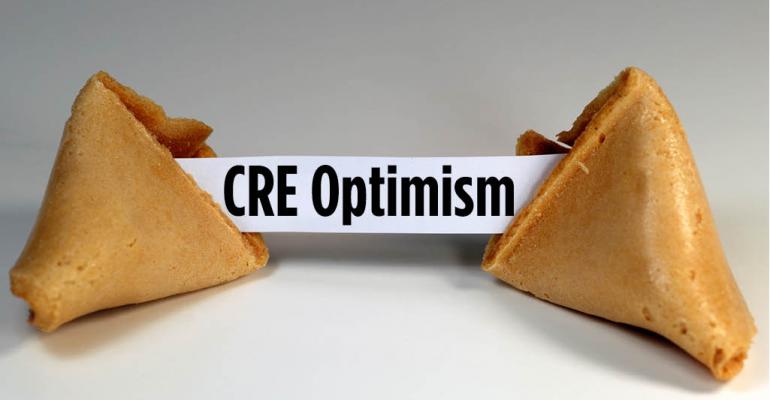 Why I’m Optimistic About CRE For the Next Few Years

Real estate has been a star performer over the last five years, delivering high returns on the back of strong and improving fundamentals and a gradually recovering economy. Real estate fundamentals continue to improve. Balance sheets of most firms have been steadily strengthening, with increasing margins, profitability and top line growth. Most households have recovered their lost wealth and are attaining new highs. Unemployment dropped to a new low. Commercial real estate supply still remains quite low by historical standards with only a few pockets of oversupply in the multifamily sector. So let’s look at some of the factors comprising my optimistic viewpoint.

REIT returns and NCREIF retail and apartment returns are all projected to fall below their long-term averages this year, but not significantly. REIT returns are very volatile, so annual forecasts are rarely accurate. Retail vacancy rates will remain elevated, most likely due to e-commerce making inroads, even as vacancy rates of all other property types fall below long-term averages. Though demand is increasing and mortgage rates are very attractive, the single-family housing market will remain in the doldrums, with starts averaging 800,000 between 2015 and 2017, compared to a long-term average of 1.05 million per year.

Don’t get me wrong, a lot of things could go wrong. The current strong economic and property market fundamentals and the orderly wind-down of monetary stimulus may not last. In these latter days of the economic cycle (how times flies when you’re having fun!), economic downturns, foreign crises, interest rate spikes, geopolitical crises and many more events could derail this sanguine view. But even though any of those rough currents could surface, I believe we have a few more strong years ahead.