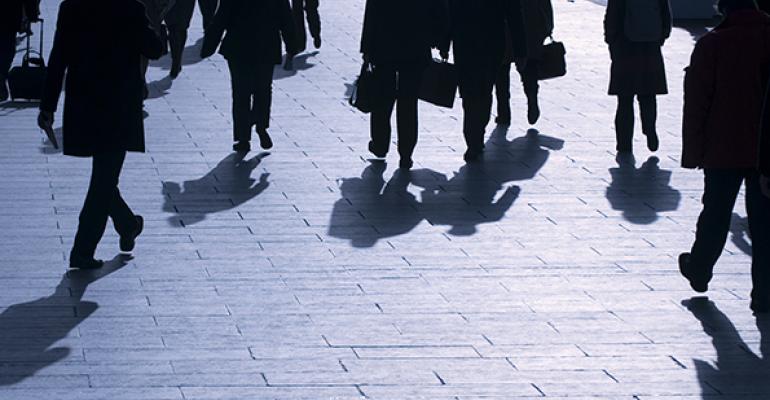 What’s next for commercial real estate?

Globalization, rapid fire innovations in technology and shifting demographics are driving sweeping change across the economy, business operations and everyday life. The far-reaching implications of these “megatrends” will influence real estate investing decision-making for years to come.

In their latest white paper, “Beyond Commercial Real Estate: Megatrends to Watch”, CBRE takes an in-depth look at new economic opportunities emerging due to greater connectivity, population shifts and innovation. The report also addresses some of the potential risks that investors face by ignoring these dynamic forces shaping the broader global economy and future commercial real estate markets.

Globalization:  Globalization in terms of the flow of goods around the world has surged nearly 600 percent since 1980. Although that expansion has flattened out since 2008, that has not been the case for capital flows into commercial real estate. Global real estate investment is at historic high levels and is expected to reach more than $1.1 trillion in 2016—an increase of 3 percent to 6 percent in local currency terms over 2015, according to CBRE research.

Certainly, the information base on global commercial real estate that’s available to investors is much deeper and more accurate than ever before. And the globalization of real estate information is empowering investors. “We are more inter-connected and the information flows from the different parts of the world are immediate” says Spencer Levy, CBRE’s Americas Head of Research.

Globalization has several strategic implications for real estate investors. It is creating greater opportunities for portfolio diversification, and it also is changing strategies regarding real estate asset types. Historically, global capital investment flowed to core office assets, but the dominance of the office sector has been gradually eroding, from 46 percent of the market in 2007 to just 35 percent in 2015 as other asset classes such as hotels and industrial have attracted more investor interest, according to CBRE’s Global Capital 2015 report.

Demographics:  Aging populations and changing location preferences among younger workers is impacting demand for commercial real estate at both the global and local levels. Although the millennial generation has been dominating conversations related to the workplace, housing and consumer spending, baby boomers also will be a formidable consumer group to watch between 2015 and 2030. This aging segment of the population is expected to drive over one-half of urban consumption growth in advanced economies, according to the McKinsey Global Institute. In particular, baby boomers will have a notable impact in areas such as travel, entertainment and healthcare.

Technology:  There is an ever-expanding list of new disruptive technologies ranging from 3-D printers to virtual reality that are poised to impact commercial real estate. In particular, the CBRE report examines three significant tech-related trends that are expected to drive long-term change outside of the four walls of brick-and-mortar real estate – namely the heightened demand for tech talent, e-commerce and autonomous vehicles.

The pursuit of tech talent is already weighing heavily on location decisions, and that focus is expected to increase even more in the future.  In addition to traditional tech hubs such as the San Francisco Bay Area, there are some strong new players. According to CBRE’s Scoring Tech Talent report, some of the up-and-coming markets for tech talent in the U.S. include cities such as Baltimore, Detroit and Phoenix. A major factor driving tech talent migration that investors should be watching is universities. For example, Pittsburgh, is a rising tech hub thanks to contributions from Carnegie-Mellon University. In that city, tech talent makes up 5 percent of the labor force, compared with a national average of 3.5 percent, according to CBRE.

There has been plenty of discussion on how the explosion of e-commerce is impacting the retail industry. E-commerce also is driving transformative change in industrial as it relates to the supply chain of goods that are bought and sold online. The new consumerism that focuses on the delivery of goods is fueling international investor demand for industrial assets. Light industrial facilities located near city centers are highly sought after due to their position in the “last mile” of the distribution chain for top e-commerce retailers.

The arrival of autonomous vehicles will further influence the location of distribution centers near urban centers. In addition, office and multifamily properties will be impacted as these self-parking vehicles will no longer need as much real estate devoted to parking.

So, where do investors place capital amid this dynamic landscape of still evolving megatrends? Clearly, there are opportunities in both advanced economies and emerging markets, urban and suburban – if one knows where to look to find them. Given the fixed nature of commercial real estate, having a greater understanding of both macro and micro trends will be critical. “Despite the tremendous flow of capital and information globally, local market knowledge is still the key differentiator for successful global commercial real estate investors,” says Brian McAuliffe, president, Institutional Properties, at CBRE Capital Markets.

CBRE has produced a three-part thought paper series on “Leading Global Capital in a Time of Uncertainty”. The series provides insight on the shifting market dynamic to help investors make thoughtful decisions for both near- and long-term real estate investing strategies. The third report in the series, “Beyond Commercial Real Estate: Megatrends to Watch”, examines the near and long-term impacts of globalization, new technologies and shifting demographics.