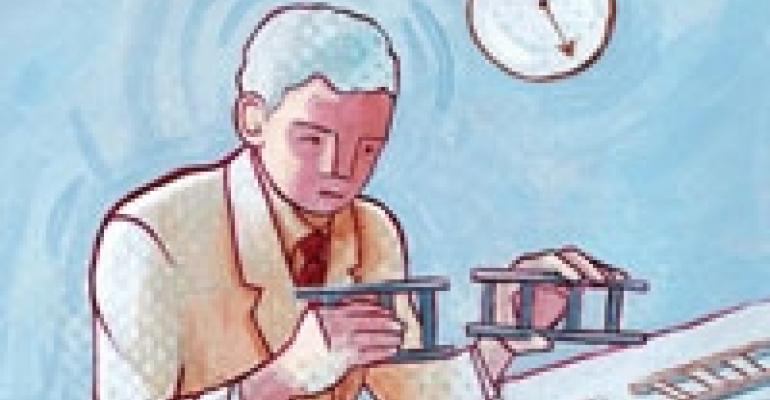 “The merger happened six months ago and I am still not doing any deals.”

It's a complaint John Ryan, president of RSMR, a Chicago-based executive search and human resources consulting firm, hears all too often in the aftermath of mergers and acquisitions in the REIT sector.

While these transactions might make sense on the portfolio level, they tend to fill rank-and-file employees with dread about losing their jobs or being underused in an industry where one's reputation for making things happen is critical for long-term career success. Up to 20 percent of REIT employees may decide to leave the company before a merger is even finalized, Ryan estimates. Headhunters know this, and within hours of a merger or an acquisition announcement are on the phone offering the firm's best professionals an employment contract somewhere else.

“If the employees are uncertain about their future, they'll take that phone call and be gone very quickly,” warns George McCormick, director of U.S. mergers and acquisitions with the Hay Group, a Philadelphia-based consulting firm.

With the current emphasis on property assets, rather than intellectual capital, in REIT mergers and acquisitions, the dealmakers might not care, notes Stanley Eichelbaum, president of Marketing Developments, Inc., a Cincinnati-based consulting firm. But in a booming industry, where it can take up to a year to fill executive posts, losing talented professionals is not a smart long-term move. And when a REIT is about to come into possession of an entirely unfamiliar property portfolio, it needs the expertise of people who have been working on those centers for years and have an ongoing relationship with the tenants, says Ryan.

With the current pace of buyout activity, that's a concern for more than one REIT. In the last three years, there were six mergers in the public retail REIT sector, approaching $22 billion in value, and approximately four transactions involving buyouts by private firms, according to statistics from the National Association of Real Estate Investment Trusts (NAREIT).

Mergers and acquisitions, however, don't have the best record when it comes to human resources management. In the past two M&A cycles, 10 and 20 years ago, companies that merged tended to perform worse in the long term than those that abstained from such transactions, regardless of the sector, notes Steve Allan, principal in the mergers and acquisitions group of Towers Perrin, a Stamford, Conn.-based global professional services firm. A “Global Workforce Study“ Towers Perrin recently completed on 86,000 employees across 16 countries found that the amount of discretionary effort people are willing to put into their jobs drops in the wake of M&A activity. A large part of the problem is inadequate attention given to human resources integration, Allan says.

One of the most common mistakes companies make in M&A transactions is forgoing human resources research. As they prepare for a possible deal, corporate executives tend to look at the financials, real estate assets and long-term growth prospects, but might forget to consider the internal culture of their merger or acquisition target — often one of the best predictors of whether the deal will be a success.

“There are instances where the cultures would never work out, they would always clash and you wouldn't know that without due diligence,” McCormack notes.

An example would be a company with a highly aggressive, performance-oriented mindset acquiring a family-owned competitor with a more paternal attitude toward its employees. When the employees from the latter firm find themselves in a high-pressure environment, they get anxious and have trouble assimilating. Meanwhile, visible frustration on the part of management accustomed to take-charge workers often makes things worse.

Since fixing a bad match is no easy task, it makes sense to research your target's reputation beforehand, asking people in the industry their opinion about its internal culture, discreetly contacting current employees and getting in touch with outside consultants to get a sense of how things are run at the other end. “A lot of times, the McKinseys of the world are aggressive about finding out that kind of information,” notes Craig Rowley, vice president of the national retail practice with the Hay Group.

A particular problem for REITs is that in order to ensure that the property portfolio — often the very thing the merger is undertaken for — is protected, they need to offer workers from the acquired company incentives to stay and help through the integration process, at least on a temporary basis. That entails the offer of an employment contract spanning for up to six months and a better pay rate — on average, 20 percent to 30 percent higher than the rate they were getting before, Ryan says.

“A lot of people are open [to staying temporarily], because they can start interviewing for another job knowing that it will take them a month or two anyway to get their situation figured out,” he notes.

That way, even if the acquiring REIT plans to bring in new people for asset management, there will be time to figure out how the properties work and who the tenants are, as well as an opportunity to close any leasing deals that might have been in progress. A comprehensive ownership transition strategy is of particular importance for regional mall portfolios, which tend to be very management intensive compared to strip centers.

The larger company also has to move quickly if it wants to retain any of the top personnel from the smaller REIT. In merger transactions at public companies, what normally happens is that the top level of management is gone in a matter of days and people with valuable skill sets need to be approached before they accept a job offer somewhere else.

“Some companies just run down to the new office and scramble [to figure things out],” Ryan explains. “I've heard of people getting acquired and they didn't meet anybody from the other firm after two months have passed.”

The smarter REITs, on the other hand, start evaluating the issue of human resources before the merger even happens, during the deal-analysis process. Looking at the new personnel on a case-by-case basis rather than just splitting the combined workforce in half leads to a more successful integration, according to Allan.

“What we find is that if you bring an organization together and there are synergies, the most successful transactions are those [where the management] takes a step back to decide what jobs they want [to keep] and what competencies they want in the long term,” he explains. “Taking the time to do that is certainly better than deciding who to let go beforehand.”

A clear long-term plan also helps corporations succeed once a merger happens. The key word in retaining top-notch personnel is communication, according to human resources experts. What they don't know makes people nervous, “so they start thinking ‘Is this where I want to be?’” says Allan.

That's what's been happening at one of the retail REITs that has been recently acquired by a larger entity, according to Ryan. The transaction happened months ago, but the people on the ground don't have much to do and wonder if the deal was ever really thought through and whether they'll still have their jobs a few months from now. Since a merger integration process can take more than a year, addressing that question early on is critical.

To quell employee fears, the new management has to explain to them the long-term vision for the company, from how and when the various divisions will come into play to pension and benefit plans. Even if a lot of the details remain to be worked out, it's better to acknowledge the uncertainty than to leave people guessing, says Allan.

“In the absence of an explanation, people think the worst,” he notes. “Unless their questions are addressed, engagement levels really drop off.”

The new workforce also needs direction as to how things will be done at the merged company: whether they will be expected to adapt the business practices of the larger firm or if a whole new set of guidelines will be implemented. “No company has the same expectations, therefore clarifying those expectations is very important,” says McCormack. “When people know in reasonably clear terms what is expected of them, they can focus on [their jobs].”