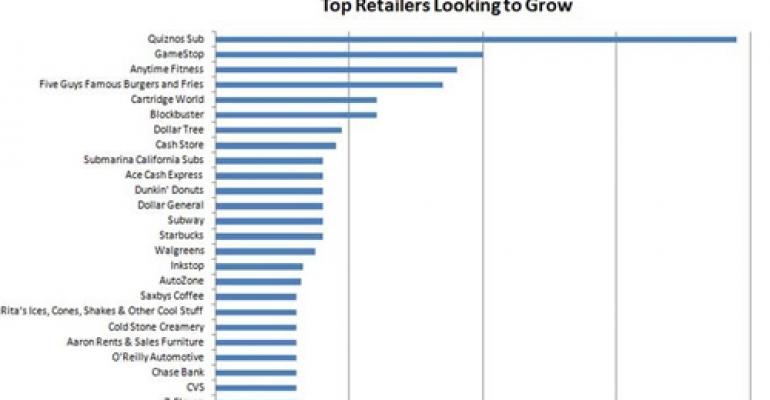 A lot of information emerged on Microsoft's brick-and-mortar stores in the past month. Gizmodo had a huge gallery of images previewing Microsoft's stores.

The sites of the first two stores were revealed. It's opening stores in California and Arizona. In one project it will go head-to-head with an Apple Store. Frankly, that makes sense. Why not compete head to head? It gives people a chance to comparison shop. It's kind of like bunching up auto dealerships. It also indicates that Microsoft is pretty confident in its concept.

The L.A. Times also chimed in on this latest development. On August 7, someone snapped a photo of the construction of one of Microsoft's coming stores. It is not the most exciting of photos. It just shows Microsoft's logo and the logo of some of its products on a temporary construction wall.

July 21, Information Week looked at AT&T's plan to revamp its retail stores. It wants to put a stronger emphasis on how handsets are tested, and expanding the carrier's netbook offerings.

July 22, There were a couple of posts looking at Target's requests to renegotiate rents with developers. RetailChatr had something to say about this as did Calculated Risk. What's interesting about the story is that Target is looking for reductions on rents on stores that haven't even opened yet. But if they're lowering projections on the kinds of sales the company thinks the stores will achieve, the reductions make sense. Still, this represents quite a blow to landlords. It's one thing to renegotiate on existing stores. It's another to change the rent on a store that hasn't even opened yet.

July 22, Specialty Retail Report analyzed how mall kiosks can be a gateway to eventually opening stores.

July 27, American Medical News looked at the retail clinic trend and how the number of clinics has actually been declining of late. A lot of the concepts that had projected to open a lot of locations have struggled. The AM News story explores why the clinics have struggled to meet expectations.

July 29, Our July cover story, judged KKR's buyout of Dollar General as one of the most successful private equity takeovers in the retail sector in the last few years. It's worked out so well, in fact, that now KKR is reportedly considering taking Dollar General public again.

August 4, Friendly's has debuted a smaller format with a limited menu. Could be interesting to see how it works. August 4, Sears opened an appliance shop inside a Kmart in Birmingham, Ala.

August 4, Wal-Mart is now offering vaccinations in some locations.

August 5, In an interesting post at the Big Fat Marketing Blog, PROMO editor at large Brian Quinton looks at a new facebook app that Sears has rolled out to try and boost back-to-school purchases for college students.

One of the tools, Sears Campus Gift Getter, is a Facebook elaboration of the GiveTogether feature the retailer launched on its main Web site last May. Students can log onto Facebook to register and set up a wish list of items. Friends and family can then register on Facebook, access those wish lists, and select items for purchase and shipment to the student. For big-ticket items, they can use the GiveTogether platform to pool their contribution with other givers and send a larger or more expensive item as a gift.

A Dorm Room Designer tool in the Campus Ready portfolio lets incoming students collaborate with friends and prospective roommates to lay out the basic furnishings of their college room. Users can choose from a range of room shapes and sizes, add doors and windows, and then place the four basic furniture items—bed, dresser, desk and chair—in the room.

With the basic items placed, Facebook users can then access an expandable menu of other Sears furnishings from small appliances and beauty items to clothing and wellness and entertainment products. These product listings open up to show a thumbnail picture of the item, a price, and icons for more information and for adding the item to the user’s room list, wish list or shopping cart. Some items such as selected laptops and mini-fridge appliances can also be dragged into the virtual room and placed.

August 7, Seeking Alpha tried to debunk the myth of Abercrombie & Fitch. The site says that aside from 2005--when the chain had a rousing year of sales--it has largely struggled and posted negative year-over-year comps. It argues that Abercrombie & Fitch's reputation as an "iconic retailer", then, is largely undeserved.

August 12, Bill Ackman appears to be losing interest in Target.

August 12, Barnes & Noble is paying $596 million to acquire Barnes & Noble College Booksellers. The two companies once operated together but split in 1986.

August 12, Reuters reported that Sears is looking to get back into selling toys. With the demise of KB Toys and relative weakness in the field in the face of Wal-Mart's dominance, Sears sees an opportunity.

June same-store sales came in negative and more or less matched June's numbers. According to Retail Metrics, same-store sales fell 4.7 percent. Retail Forward's stats show a 4.6 percent decline. (Retail Forward's data includes 32 retailers and the results can be viewed in in this PDF.) ICSC's data, meanwhile, shows a 5.0 percent decline, based off 33 retailers. (The report can be downloaded here if you're a member of ICSC.) ICSC's data charted from 1993 to the present can be viewed below. Retail Sails also has a summary looking at 34 retailers.

According to the Commerce Department, July retail sales fell 0.1 percent.

RBC Capital Markets, along with Retail Lease Trac, has begun to track retailer store opening plans for as many companies for which the firms can compile data. The research shows that the 2,000 retailers the firms are tracking plan to open 64,926 stores over the next 24 months. That is down 5.7 percent year-to-date from a high of 68,854 that the firms counted in January.

The firm planning the greatest number of openings in the next 24 months is Quiznos. The other top 25 expanding retailers can be viewed in the accompanying chart. According to RBC's report, "We feel it is important to emphasize that, as the data below suggests, retailers continue to open stores even in difficult times. Shopping preferences will change with the times, with the health of the economy, with the availability of credit, and with the consumer's confidence. Each evolution of retailing will see new winners, but the successful concepts will still seek the best real estate where shopper traffic is highest and the retail experience the best."

By category, family apparel showed a strong increase in the recent report—up 557 planned openings in comparison with earlier data. The jump is due in part to the addition of Zara in the database, which is planning on opening 450 stores in the next 24 months. Notable increases in planned store openings by category come from gift/specialty, family apparel, and lingerie. Decreases in planned store openings by category are led by coffee shops, children's apparel, cameras/video equipment.

Potential Bankruptcies & Liquidation Impact: 1,541 confirmed closures out of about 3,185 stores

Potential Impact of All Announcements to Date: 3,171 closures out of up to 5,015 potentially affected U.S. stores