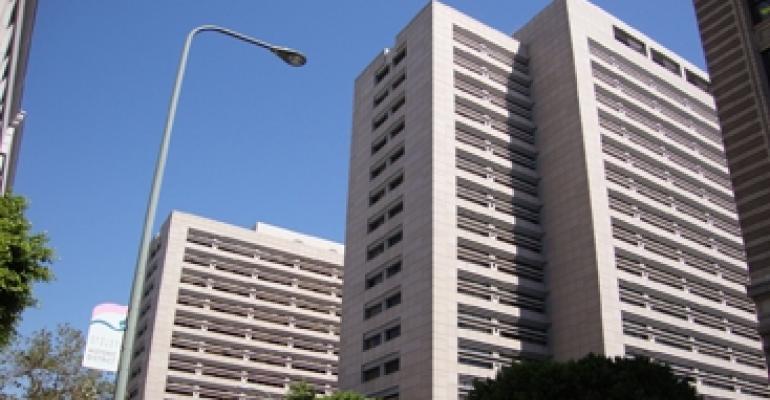 The State of California is faced with a wrenching decision as it tries to sell two dozen government-owned buildings in order to raise cash to help resolve its budget shortfall of $21 billion. Los Angeles-based broker CB Richard Ellis (CBRE) is marketing the properties, which offer 7.3 million sq. ft. of space.

Offered separately or as a portfolio of 11 assets, the properties have drawn more than 300 written bids from investors worldwide. Some of the offers exceeded $2 billion, says Eric Lamoureux, a spokesman for California's Department of General Services. “We've narrowed it down to a final offer, and we're doing our financial analysis.”

But at the eleventh hour, critics are pressuring the state to reconsider the sale, as objections mount to disposing of the assets. Independent financial reports have challenged the sale strategy of selling the buildings and leasing them back as ultimately more costly to the state than keeping the buildings.

For investors, the buildings present an attractive opportunity because of the steady income stream, since the state plans to lease the office space for at least 20 years. “What capital wants right now as you emerge from the recession is safety. Investment committees want cash flow,” says Kevin Shannon, vice chairman at CBRE.

The $2 billion price tag for one trophy structure, the Ronald Reagan Building in Los Angeles, didn't faze the investors, adds Shannon. “The vast majority of buyers were completely comfortable that they're going to get a steady stream of cash flow over 20 years.”

Difficult times, hard choices
Lamoureux acknowledges the dilemma that officials face. “We find ourselves in a very unfortunate situation in California in that we are experiencing a severe budget crisis, and the need to generate revenue is critical right now. We expect more than $600 million that we can put back into the state budget, and as a result that would allow us to not have to cut other critical programs or increase taxes to make up the difference,” he says.

State finance experts are combing through the figures, however, to determine whether the sale would ultimately be in the best interest of the state. The deal would also privatize the Junipero Serra Building in Los Angeles. It houses offices of the state health department, the department of corporations and other agencies.

The sale, of course, would invigorate the Los Angeles office market, which has shown improvement year to date in both transactions and fundamentals, but the market is nowhere near as dynamic as it was in 2007. Other sales would occur in San Francisco, Sacramento and additional cities.

“They're buying it for their REIT, KBS REIT II, and have filed a form with the Securities and Exchange Commission,” says Michael Zietsman, managing director of capital markets at Jones Lang LaSalle.

The purchase closed today. The Union Bank property, which has 645,000 sq. ft. of space, attracted some 15 bids, says Zietsman. “Investors seem to be willing to say that we've stabilized, that we've hit the bottom of the rental cycle.” Little growth is projected through the end of 2011 in the Los Angeles office market, he adds.

Brokers agree that investors generally are looking for well-leased, Class-A properties. But when it comes to location, some submarkets command higher prices than others. Downtown and West Los Angeles, for instance, can ask and get higher lease and sales prices than a number of other submarkets.

Many sections of Los Angeles County are getting higher rent than in neighboring Orange County, which was hit hard by the subprime crisis and is still recovering. Many commercial properties in Orange County have been sold at distress prices, or at least deep discounts, over the past two years.

In Orange County, $623 million in office deals have closed or are under contract, says Shannon of CBRE. However, $414 million of the deals involve properties sold at distress or deeply discounted prices, as part of the extended fallout of the subprime mortgage crisis.

Whole floors and at times whole buildings in Orange County emptied out as mortgage lenders turned out their lights, followed by builders and other tenants associated with residential home buying. More than two years after the recession started, office properties in the region are still being sold at a faster pace in Orange County than in healthier sections of metro Los Angeles, such as Westwood, Santa Monica or Beverly Hills.

One notable Orange County transaction is the sale of Pacific Arts Plaza. “That asset is being bought by a group called American Assets, the investment arm of a very wealthy private individual,” says Zietsman. He estimates the price at roughly $260 per sq. ft.

The property needs work, he says. “It's an asset that's got some vacancy, a lot of deferred maintenance that would be regarded as a real sort of value-add investment.” He estimates the property's vacancy rate at about 25%.

Colliers sees improvement
The last couple of years have been slow, but there has been an uptick in real estate activity, says Shaun Stiles, director of office properties for Colliers International in Los Angeles. “We've started to see tenants lock in longer-term deals, which usually is a good indicator. A couple of years ago we were seeing a lot of one, two, and three-year deals. Now we're starting to see five, 10 and even some 15-year deals,” notes Stiles.

His largest deal so far this year was a 70,000 sq. ft., five-year lease renewal on the west side of Los Angeles. The tenant was a biotech firm that closed the lease transaction in July. “A lot of the deals for 2010 have been renewal deals,” observes Stiles.

If the state of California's property sale takes effect as planned, a powerful landlord could settle in among the few that now maintain healthy rents.

But brokers will have to find sources other than the government for their next mega-deals involving 100% leased, Class-A properties. The state has no intention of marketing more trophies, says Lamoureux of the Department of General Services. “There are no immediate plans at this point.”