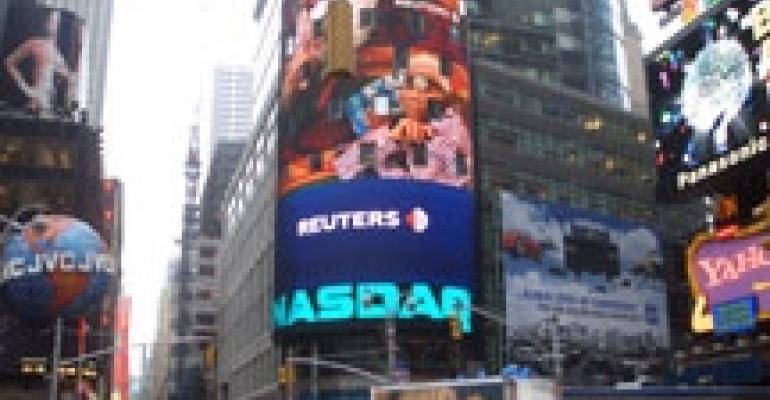 Financial distress and Wall Street layoffs have become a seemingly cyclical occurrence, but this time around the chilly winds blowing across Manhattan’s financial sector are causing the rest of the country’s economy to sneeze.

In the wake of the Wall Street meltdown, most notably the collapse of Bear Stearns and Lehman Brothers and Bank of America’s takeover of Merrill Lynch, one of the biggest unknowns in Manhattan proper is the amount of new sublease space that could flood the local office market.

Nationwide, negative net absorption spiked in the third quarter to 18.2 million sq. ft., the highest level since the first quarter of 2002, according to New York-based research firm Reis. Add in 11.5 million sq. ft. of new building completions, and the national vacancy rate rose 50 basis points over the second quarter to 13.6%, the largest single quarterly jump since the second quarter of 2002. The national vacancy rate is now more than a full percentage point higher than the third quarter of 2007.

More worrisome, the failing metrics are not limited to the largest office markets. According to Reis, the office vacancy rate increased in 64 of the 79 metropolitan areas it tracks. Only 11 of the nation's primary markets showed improvement in occupancy, while the vacancy rate was unchanged in only two markets.

These trends are part and parcel of a weaker overall U.S. economy, dragged down by a lack of credit and spending cutbacks by businesses and consumers. The labor market shed 159,000 payroll jobs in September, the largest loss since March 2003 and the ninth consecutive monthly drop and the largest drop in five years.

The signs are already ominous. Metro Atlanta is projected to lose 20,600 jobs by the end of 2008, according to Georgia State University’s Economic Forecasting Center. That type of loss will test the historically strong Buckhead market, for example, which has some 2 million sq. ft. of new office space under construction and set to deliver over the next 15 months.

Office vacancies in the Miami market increased 60 basis points in downtown and suburban markets alike in the third quarter, according to Grubb & Ellis.

Cities and states also are feeling the spreading economic doldrums. Chicago is suffering from its worst budget shortfall in 19 years, or $420 million under Mayor Richard Daley. To make up the difference, Daley is cutting at least 1,000 city workers from the payroll.

Out west, the shifting economic sands are undermining California’s recently passed state budget, which is expected to see a $4.6 billion shortfall for fiscal 2008-2009 due mainly to declining revenues.

The Los Angeles office market is reflecting the slowdown, with year-to-date office absorption tallying a negative 2.25 million sq. ft. The primary culprit is new sublease space that has increased steadily over the past several quarters, currently totaling 4.8 million sq. ft.

Further north, the Seattle area is starting to feel the economic pinch. “Our famously rainy city had a sodden quarter by any measure,” says research analyst Patrick Mullen with Grubb & Ellis. “The national economy, listing heavily under the weight of the spiraling credit crisis, remains barely above water and threatens to drag down the Puget Sound.”

The area has been hard hit by the Boeing strike, the collapse of Washington Mutual and recent layoffs at major companies like Alaska Airlines. “Recent events have definitively shattered the myth that the Puget Sound could hide behind the Cascades and hope the whole thing would blow over.”

Seattle’s office vacancy rate increased by 60 basis points over the past quarter across the Puget Sound, hitting a two-year high of 10.5%.

All is not so bleak though, with at least a hint of worldwide relief in the future. A new report from the International Monetary Fund raises hope for a slow economic recovery beginning in mid-2009 and picking up steam in 2010.