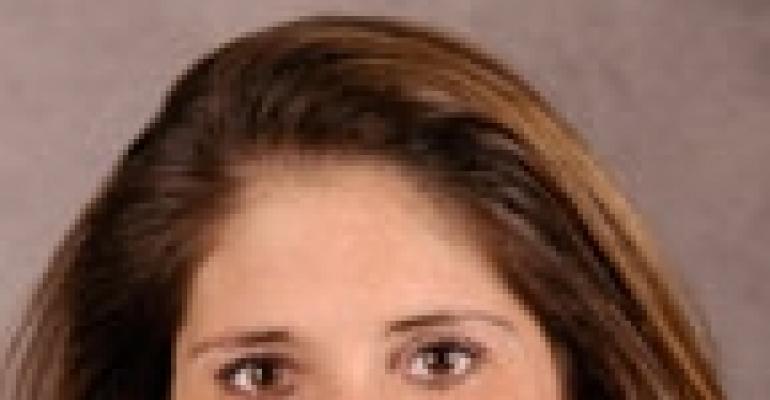 Q&A with Lisa Konieczka: Chicago Can Handle Added Office Supply, but Will New Buildings Get Financed?

A visitor driving into downtown Chicago these days could be forgiven for thinking that the city’s official bird has become the building crane. A seemingly endless number of new buildings are reaching for the sky in the Windy City, reminding many of past building booms.

Market studies show that more than 3.5 million sq. ft. of new Class-A office space is slated to deliver in downtown Chicago in calendar 2009. Is it too much too soon?

NREI asked Lisa Konieczka, executive vice president of tenant representation in the Chicago office of CB Richard Ellis to provide some insight into the current market drivers. Konieczka is a 20-year Chicago veteran, starting with brokerage firm Rubloff in the late 1980s. Recent deals include a 220,000 sq. ft. lease for Blue Cross Blue Shield, a 200,000 sq. ft. lease for Bankers Life and Casualty and she is currently representing KPMG in its search for 250,000 sq. ft. in the city.

NREI: Some 3.6 million sq. ft. of new office space is projected to come on line in 2009, the most in 20 years. Is downtown Chicago getting overbuilt?

Konieczka: There is a lot of building coming on line and it’s easy to react to that. But you have to consider that it takes 24 to 36 months to build a skyscraper in downtown Chicago. You have to go back to where our economy was when tenants were starting to make decisions about their space. Then you can see why those buildings are under construction.

What’s interesting about these buildings and our most recent phase of construction here in Chicago is most of them have a large anchor tenant that really is taking a good chunk of space. They do not have a hodge-podge of tenants, but have 250,000 to 400,000 sq. ft. major tenants.

That said, we do have a lot of new construction, and there is going to be a softening in the marketplace because of it, but it’s probably not going to be as extreme as you might anticipate. You will definitely see some of that softening having more of an impact on the East Loop, for example.

When you start seeing these market dynamics, it’s a protracted process. It’s unlike in the past when you might have seen the new inventory hit, and immediately there are all these lease expirations and space availability. Now you’re seeing that there is a smoothing out of that time period.

The hard part for landlords is that they were anticipating that between the beginning of this year and the middle of next year -- when these buildings start to deliver – it was going to be their time to shore up things a little bit, but unfortunately we got hit by this tough economy. That has caused tenants to become much more cautious, to protract their decision-making process, at a time when landlords were hoping to still have a robust economy. They were hoping to continue leasing and push rates as high as they possibly could. There has been some increase in rates, but nowhere near what many landlords expected.

The biggest question for many tenants today is this: Can the next round of new buildings get financed, the ones that would break ground next year and deliver in 2011? There are a lot of development sites out there, but I don’t think a lot of those buildings will get built. Once those last couple of big tenants make their commitments, there aren’t going to be enough big tenants to do enough preleasing for the other buildings to get built.

NREI: Is the amount of sublease space on the market an issue?

I don’t know what some of the implications are with the financial sector [given the dramatic fallout on Wall Street over the past week with Lehman Brothers filing for bankruptcy and Bank of America’s acquisition of Merrill Lynch], but we haven’t seen a ridiculous dumping of space onto the sublease market. At this point, there are not really huge blocks of space available because the tenants haven’t hit the market. We haven’t seen a major increase in sublease space due to the down economy yet.

NREI: Is it officially a tenant’s market now?

Konieczka: It is, absolutely. Many owners who bought buildings during this last sales cycle before investment activity stalled had pretty optimistic visions for being able to increase rents significantly and flip those buildings again. That hasn’t happened, and I’m really sensing a lot of landlords are in a value-creation mode right now. They’re trying to stabilize leases, trying to grab as many of the tenants as they possibly can to shore up their net operating income so that when the investment markets do come back, they’ll be poised to be able to sell their assets.

You see landlords being much more competitive to secure deals because there aren’t as many. Tenants are being cautious about expansion. There is an opportunity for landlords to work hard to secure and stabilize their existing tenants because the costs of construction are also going up as well. That’s the yin and yang for the tenant, the cost of relocation versus a more modest retrofit within your existing space.

Konieczka: Absolutely. There is definitely some movement on rental rates, but the deals are definitely being made more with concessions in tenant improvements as well. That’s because landlords are in more of a value-creation mode, trying to hold the rental rates as much as they can and throwing the concessions in knowing that’s not going to have much impact on their sale price if they try to sell the property when the markets come back.

We’re spending a lot more time focusing on base building conditions, or the condition in which the space is delivered for tenant build-out. Now we’re saying you have to do XYZ and a certain amount of work, which shifts the cost of construction onto the landlord.

NREI: What are tenants waiting for?

Konieczka: They’ve got growth projections, and they’re trying to wait and see if their business is going to be impacted by the economy and whether those growth needs are going to come to fruition.

They’re not trying to time the market to get the best deal; it’s really being driven by internal forces inside their businesses.

NREI: What tenants are active in the market? How has that changed in the last year or so?

Konieczka: A lot of the market has recently been driven by the legal industry. Right now more of my activity is corporate based, and not in any one specific sector. We are definitely seeing more activity with smaller space requirements, because as law firms get larger you’re seeing some spin-offs and new firm startups. There were a lot of law firms in that 2010-2012 lease expiration range, and there is going to be another round in the 2014-2015 range.

NREI: Is the “sticker shock” of rising rents still an issue with tenants who are looking to move or renew their leases?

Konieczka: Definitely, especially when it comes to the new construction because construction costs have gotten so much higher. The flip side is that the developers are learning how to make the space more efficient for tenants every time they do another round of these buildings. They are getting so efficient that when you’re talking about a savings of 10% to 18% per sq. ft. going to a new building versus staying in a 20-25 year old building that is significant over a 10-year lease commitment.

NREI: Generally speaking, how have tenants’ needs changed in the past few years?

Konieczka: Across the board, sustainability is critical. Users are looking at it from not only a corporate social responsibility perspective, but also as a recruiting tool. They are very focused on whether the building they are considering is LEED certified or if interiors can be certified in the building.

Accessibility to train stations also is becoming more important than it was in the past. As we start to see increases in the cost of gas, the cost of commuting is going so high that we’re seeing more and more employees choosing public transportation versus driving. It’s going to be interesting to see the dynamic between the suburbs and downtown, where downtown may be more cost-effective based on the total analysis.