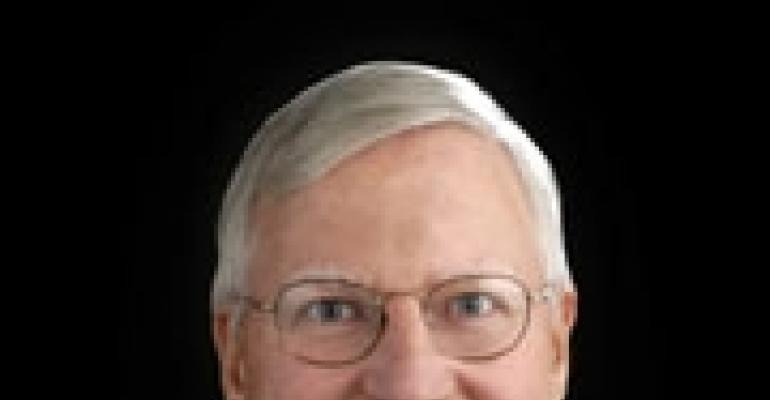 In recent years, the number of brokerage firms specializing in representing tenants has dwindled. Jones Lang LaSalle’s June 2008 purchase of the Staubach Co., the largest exclusive tenant rep firm in the country, left only a handful of companies in this sector. That makes Boston-based Cresa Partners, one of the largest national tenant rep firms in the U.S. with 50 offices in North America and 700 employees, a unique animal.

While many industry pundits have predicted the demise of the tenant rep model for some time, Bill Goade, Cresa’s CEO, can be forgiven for insisting quite the opposite. Goade has nearly 30 years of experience in the real estate industry, including six years of corporate real estate work with Wang Laboratories and Digital Equipment Corp. He has been with Cresa Partners since 1985 and has served as national CEO since 2006. NREI caught up with him to find out why he thinks the model still has legs to run.

NREI: Why do you believe the tenant rep model is still viable?

Goade: It’s been viable for 30 years so there’s no reason it’s not viable any more, other than the largest tenant rep firm [Staubach] sold out for reasons of getting a payout more than a business plan. It wasn’t that the business wasn’t working, they were very successful. It has been successful and it will continue to be successful, and I think in this environment it’s even more successful in that it’s very much a tenant’s market that we’re coming into.

The ability to provide value to a tenant in this environment is great in terms of flexibility and termination rights, and the kinds of things you can negotiate when it’s a tenant’s market. If anything, it’s more valuable now than it’s been in the past. On average 40% of prospects like the tenant rep model, 60% don’t care and 0% think it’s bad. So 40% get the conflict of interest that comes from doing business with a full-service firm.

NREI: Briefly explain what you feel is the conflict of interest.

Goade: If you look at the revenues of the publicly traded companies, about 80% of their revenues come from the landlord side and about 20% from the tenant side. So the conflict is twofold. One, they may be on both sides of a transaction, but the bigger conflict is they are always trying to get the landlord’s business, so if they are in the process of negotiating a deal with a landlord, the landlord may be saying ‘If you get me this tenant, I’ll get you this listing.’ Even if you’re not on both sides of the transaction, you’re always looking to get business with the landlord because that’s where 80% of your business comes from. It’s a built-in conflict. We don’t have that conflict, and we can push hard to get tenants the best deal we can.

NREI: What are tenants looking for today?

Goade: It’s flexibility. We have a lot of corporations out there right now that are uncertain about their futures and they are looking for flexibility. Unfortunately many of them are doing it the wrong way. That is, they are doing it with very short-term leases and landlords are willing now to accommodate that. When the markets are high, all landlords want to do is long-term leases. All they were interested in doing in the big markets a year ago were 10-year leases. In the bad times, landlords are all of a sudden ready to be flexible because the rents are down and they’re hoping in two years they will be back up.

What we try to advise our clients is, right now we’ve got about a one-year window that hasn’t even started yet. Commercial real estate is a lagging economic indicator about six to nine months behind the economy because companies have tough times, then they lay off people, then they restructure space, then they get rid of it. So we haven’t even seen the effects of all these layoffs. Companies are just starting to do their restacking and put space on the market.

We think the window of opportunity is mid-2009 to mid-2010 where companies should be looking to do long-term deals on their core space, with contraction and cancellation options. We’re advising our clients to take advantage of the market now. But we do see a lot of companies doing short-term deals, which are going to put them in a position where rents are rising in the next two years when the economy recovers, and then they will be negotiating a long-term deal at the wrong time.

NREI: Is it still your goal to double in size in five years?

NREI: How realistic is that today, and against the larger companies that have well-known brands and a certain amount of scale?

Goade: They have scale but the two biggest public companies have a lot of debt, so they have a huge problem. We don’t have that problem. We have 135 partners now and no debt. Are we going to get to $250 million in five years? I think we are, but that’s not to say we aren’t going to have a couple of years here where we’re flat. We don’t have the profit problems that other firms have right now because we don’t have a huge investment sales business.

The landlord business is going to be down dramatically because there is negative absorption going on. On our side of the business where we just represent the tenant. And even when they are shrinking, they’re doing something. They’re subleasing and we’re helping them with subleasing, or their leases expire and they have to either renew or move even if it’s for less space.

Our goal is to be in the top 25 markets and we’re in all of them except Baltimore and Montreal. We added three firms last year in Raleigh, Orlando and Kansas City and we’re actively in negotiations with Charlotte and Salt Lake City. The rest of our growth will come from growing existing offices rather than having new offices.

NREI: You have been with Cresa for 23 years now, and before that you spent six years in corporate real estate. Has the corporate business changed in the last 25 years?

Goade: Yes, more and more outsourcing is taking place. Many of the larger corporations built up their internal real estate functions to do their leasing and acquisitions and construction. The difference now is they are run much more lean, and in some cases, they over outsource. That trend has almost gone to the extreme where they do a worldwide outsourcing of their real estate to one vendor. I happen to think that is a big mistake because it’s very hard for them to ever get control of their real estate again if they’re unhappy for some reason.

We’ve had success with a lot of our clients where they have two or three vendors across North America and they keep us all in a bit of a competition of who’s doing the best job for them. They reward the best performers with a little bit more of their portfolio, and we’ve been fortunate to be on the right side of those things.