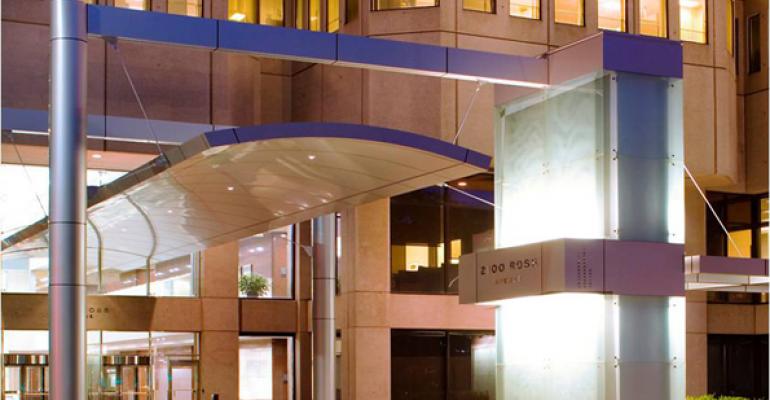 Cousins Properties Inc. announced its purchase of 2100 Ross Avenue, or Ross Tower, at a foreclosure auction this month. Cousins paid $59.2 million for the 844,000-sq.-ft. property, or $70 per sq. ft. “This is the point of the cycle when some existing owners capitulate,” says Dan Fasulo, managing director for data firm Real Capital Analytics, regarding the deal. “For investors, this is the time to pounce.”

Investors are paying much less than replacement cost for assets like Ross Tower and the overall Dallas office market growing stronger, according to local experts. However, the market may experience some strain as big, partly-empty buildings like Ross Tower come out of foreclosure and slash their rents to regain occupancy.

Ross Tower just one of the giant foreclosed office properties that traded hands this year in Dallas. In June, LNR Property Corp. bought KPMG Center out of foreclosure for $42 million—that’s about $50 per sq. ft. for the 828,000-sq.-ft. property. Also in June, Riversource Life Insurance Co. bought a quarter of 1 million sq. ft. of office space at High Point Centre at auction for $8.6 million, or about $34 per sq. ft., according to data from Real Capital.

In contrast, performing class-A buildings in good locations can trade at prices above $175 per sq. ft., according to Tim Speck, first vice president and regional manager of the Dallas office of Marcus & Millichap.

Those three distressed properties alone add up to a total of almost 2 million sq. ft. of office space. Other foreclosure sales in the area include Las Colinas and Stemmons Place last March. Many of these properties are partly-occupied. Ross Towers is 67 percent leased, for example. Empty space in foreclosed properties like these should easily add up to more than the scant 350,000 sq. ft. of new office space opening in 2012, according to new construction data from Marcus & Millichap.

There is a danger for the rest of the rental market that new owners will now offer cheap rents to fill up their giant buildings. “They are going to end up re-pricing the rental market,” says Fasulo.

However, the Dallas market overall is getting stronger. Office vacancy will end 2012 at 22.2 percent, down 70 basis points from the year before, and class-A vacancy will likely hover around 20 percent by year end, according to Marcus & Millichap, which also cites strong job growth in its third quarter report.

Since the real estate crash, distressed properties like Ross Tower have been a drag on the office market. Ross Tower SMA Equities bought the property in 2007, near the height of the real estate boom, for $73 million. The buyers paid very little of their own money. Instead, they took out a $61 million conduit loan from Wachovia and another $10 million mezzanine loan from Parkway.