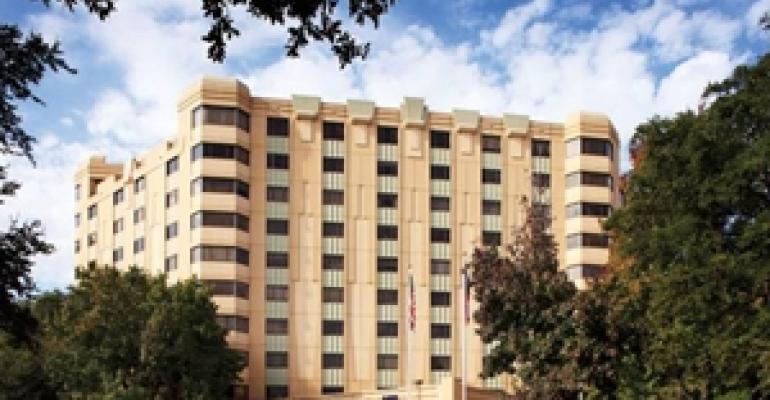 On Wednesday, in a non-seniors housing deal, the firm said it had agreed to acquire 13 properties that are majority leased to medical office users and other tenants in medical related businesses for $167 million. The properties contain 1.3 million sq. ft. and are located in eight states. The properties are currently 95% occupied.

SNH expects to close on the majority of the communities in the fourth quarter of 2011. Several closings may be delayed into 2012 because of required regulatory approvals.

The sale highlights the growing use by REITs of taxable subsidiaries that allow them to participate in property revenues. Eight of the nine Vi properties will be leased to SNH’s taxable REIT subsidiary.

But the transaction also marks a larger ownership shift as the big REITs take the place of owner/operators like Hyatt, a longtime and prominent player in the seniors housing industry.

SNH is buying Vi’s entire rental portfolio which includes 2,226 units, with 1,708 apartments for independent seniors, 471 assisted living suites, and 47 units designed for those with memory impairments. Four of the buildings are located in Florida. The others are in Maryland, Nevada, New Jersey, New York and Texas.

The buildings operate under the Classic Residence name, which will be changed although a new one hasn’t been announced yet. The properties will be managed by Five Star Quality Care Inc. which was spun out from SNH in 2001. Five Star and SNH are both publicly traded on the New York Stock Exchange.

The Vi buildings are about 15 years old on average, and were originally built by Hyatt as high-end rental retirement communities. The Vi Classic Residence in Dallas, for instance, features a concierge, fitness and wellness centers, transportation, valet parking, and activities. Portfolio wide, monthly rents average about $4,500. The buildings are about 87% occupied.

Taxable REIT subsidiaries have become popular lately with seniors housing investors. Under the REIT Investment and Diversification and Empowerment Act (RIDEA) of 2007, REITs can keep a share of the building’s operating income. A building with room for revenue growth can potentially generate more income for the REIT under a RIDEA structure than with a simple lease arrangement.

The Vi transaction is SNH’s second RIDEA deal. SNH teamed up with Five Star in June on the $300 million acquisition of Bell Senior Living with 20 AL properties located in the Southeast. SNH created a taxable REIT subsidiary for 15 of the buildings, which are operated by Five Star.

For the Vi properties, SNH will pay Five Star a 3% management fee. The typical management fee for a seniors housing property is 5%. SNH expects an 8% return on its investment. Revenue beyond that will be divided between Five Star (35%) and SNH (65%).

“We expect occupancy growth and hopefully some rental growth over time,” notes Bonang. Also, he says, Five Star may add pharmacy and outpatient rehabilitation services at the buildings, which could increase revenues.

Whether RIDEA deals pan out as promised for investors remains to be seen.

“It’s probably too early to tell if these deals create value for the shareholder over time,” says Dan Bernstein, associate analyst in the Baltimore office of investment firm Stifel, Nicolaus & Co. The first RIDEA deal, between Sunrise Senior Living and Ventas, dates back to 2007 and, according to Bernstein, has met or exceeded expectations. But, he says, the success of the latest wave of deals will depend on the performance of the assets.

At the same time, Vi, which is part of the Hyatt empire, could be getting ready to exit the seniors housing market altogether. The heirs of the Hyatt fortune left by Jay Pritzker inked a deal in 2001 to divest and divide the family’s assets by the end of 2011. As a result, the family has been selling assets. A spokesperson at Vi would not confirm whether the seniors housing rental properties were part of the family’s asset sale agreement.

Vi’s rental portfolio was originally being marketed along with its entry-fee or continuing care portfolio, sources say. The package apparently didn’t attract buyer interest and it was broken into separate pieces.

It’s unclear whether the entry-fee properties are still being marketed. The Vi spokesperson declined to comment. But, sources say, it wouldn’t be surprising if Vi waited until the residential housing market improved. Entry-fee communities depend on buyers to sell their home in order to pay the hefty entrance fee, and the downturn in the residential market has slowed sales at entry-fee communities.

Will the ownership shift in the industry continue? Expect more REIT deals, says Bernstein, “There are still large senior housing operators out there with assets. The REITs will continue to buy.”