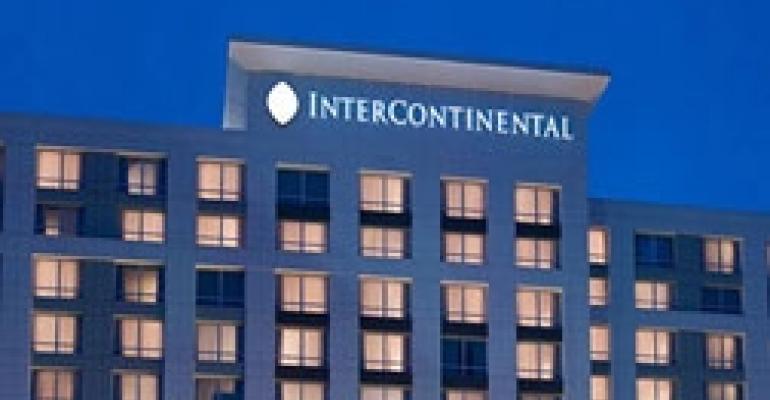 Suburban Chicago — and the O’Hare Airport area in particular — may be the most distressed lodging market in the nation. Although it is an airport market, O’Hare’s fortunes are closely tied to the rest of the city. O’Hare hotels count on overflow business from downtown, which historically has had about 120 sellout days per year and moved 100,000 room nights to the suburbs, most often O’Hare.

“Combined with a 15% increase in rooms downtown and declines in citywide conventions, the number of fill days had trickled down to about 90 a year, but dropped drastically to 60 in 2009,” explains Ted Mandigo, president of TR Mandigo & Co., a Chicago-based hotel consultant.

The problem has been exacerbated by a sharp falloff in passenger volume at O’Hare Airport — down 11% last year on top of 7% in 2008 — which is probably the primary reason for sinking hotel demand in the market. According to data from Mandigo, 4% to 6% of travelers landing at O’Hare stay at one of the hotels in the area.

Last year, revenue per available room for O’Hare’s more than 50 hotels was down 31% from 2008, a year in which it fell 10%, according to Henderson, Tenn.-based research firm Smith Travel Research. At the same time, occupancy slipped to 56% in 2009 and average daily rates fell 17%.

Casualties of the economy

Prolonged performance slumps usually result in distress, and in the past six months the suburban Chicago market has seen a number of high-profile properties close, file for bankruptcy, default or enter special loan servicing for resolution.

• In November, following a foreclosure notice from Regents Bank, the owners of the 160-room Wyndham Drake Hotel in Oak Brook closed the venerable establishment, built in 1962.

• The nearly two-year-old, 556-room InterContinental Chicago O’Hare filed for bankruptcy in August. The lenders have allowed the property to continue operating, according to David Neff, the owners’ representative and a partner in Chicago-based law firm Perkins Coie. And while no deals are imminent, Neff says, “A number of entities have signed confidentiality agreements and are conducting due diligence on the property.” He adds that the hotel is doing relatively well, gaining market share and high guest satisfaction ratings.

The O’Hare situation is a classic supply and demand imbalance scenario that demonstrates the fragility of any lodging market, even one as historically strong as O’Hare has been.

“It’s always been a resilient market,” explains Mandigo. “Whenever there is a downturn, O’Hare takes a deeper cut in performance than the downtown market, but when downtown recovers, O’Hare tends to bounce back even stronger than before.”

The genesis of the current problem dates back two years, says Bob Habeeb, president of First Hospitality Group, a Chicago-based hotel developer, owner and manager. “When oil prices spiked, the airlines took their gas-guzzling planes out of circulation and replaced them with smaller regional jets,” he says.

“At the same time, the city added an additional runway, and the two factors created a domino effect: Less capacity at the airport plus more efficient runways mean less distressed traveler business for O’Hare hotels,” he explains.

In 2009, developers added roughly 2,400 hotel rooms to the suburban Chicago market, which includes the O’Hare area. “I can’t fathom anyone with a development project in the works for the O’Hare market will be still pursuing it now,” says Habeeb.

And while Habeeb believes the market will endure more closings and foreclosures before the economy turns around, Mandigo thinks the worst may be over, at least in terms of hotel demand.

“Air traffic is coming back and the new runways have reduced delays,” he says. “And the FAA has lifted some of the caps which prevented airlines from bunching their flights at the most popular times.”

Mandigo also believes room rates will begin to rise this year, ending with an increase from 5% to 7%. Demand, however, will remain anemic, with occupancy rising only to 58%, meaning there will be continued pressure on owners and lenders to manage their distressed properties.

Despite its many obstacles in the current environment, the Chicago market does have a few positive factors. “The O’Hare area has the highest-end office space in the suburbs,” Mandigo points out. “The Stephens Center in Rosemont attracts a lot of shows and conventions and the nearby Hyatt is the fourth largest convention space in the area.”