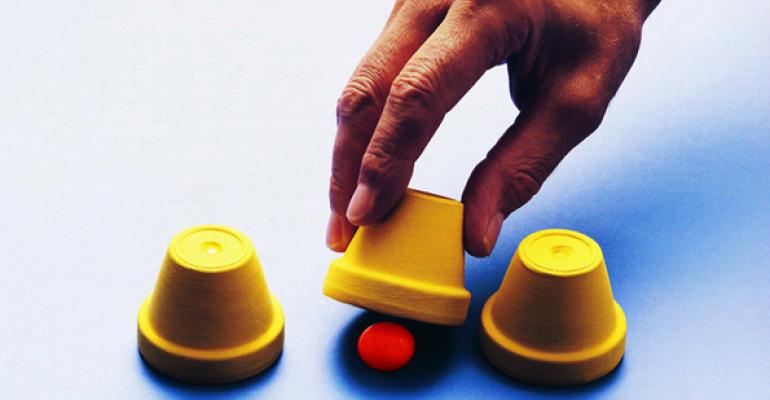 Myriad options are emerging for dealing with loans originated on net lease assets in the boom years that have become distressed and continue to cause difficulties in the wake of the financial crisis. That was the theme of a panel on workouts and refinancing at NREI and RetailTraffic.com’s National Net Lease Investment Conference, held in Chicago on Nov. 1 and attended by more than 150 commercial real estate pros.

“One of the problems that we have discovered over the last couple of years is that you can have a single tenant paying their rent, but they are (combined) in a defaulting CMBS pool that has bigger problems elsewhere,” said David Clark, senior vice president at DTZ. Because of the way in which CMBS pools are structured, this can reduce the options for dealing with the distressed situation. For instance, “Depending on where the default is, the landlord and lender may not have any ability to make any changes in the lease, whatsoever, including extensions,” said Clark.

These issues can become even more exacerbated when in situations in which multiple CMBS pools have been aggregated.

“There are a number of pools out there where the CMBS sponsor of that pool actually went and bought 10 CMBS pools, crammed them together—took them into a top CMBS pool—and then redistributed a set of bonds so that you actually have a CMBS stack on top of a CMBS,” said Clark.

Members of the panel voiced pessimism about the prospects for a good resolution of these types of situations.

“We do not have a solution for that,” said Clark. “We tell the tenant, ‘do the best you can, make sure that the landlord keeps the heat on. You are probably going to have to move.’”

One of the difficulties with working out and refinancing CMBS situations is that “there is a lack of understanding of what is a securitized loan and who is the lender and what responsibilities do they have,” said Donald Shapiro, president and CEO of Foresite Realty Partners. “Right off the bat, the process is unclear and ambiguous … and education is the key.”

For example, Shapiro describes a common situation in which tenants are frustrated and not sure where to turn and saying, “‘I don’t know what is going on with my property. I don’t know who to talk to. The landlord tells me one thing. The lender tells me to send my rent to the lock box. Who is actually in charge?’”

Panelists at the session agreed that a competent receiver can play a key role in helping to make the best of these types of problems.

“We advise our clients—do everything you can to get a receiver appointed, because that is a neutral third party,” Clark said.

Help also could come from the growing role of private equity in some net lease situations.

Shapiro talked about how large private equity funds are buying pools of distressed assets and debt and ending up with net lease investments and figuring out how to resolve them.

These problems provide important lessons about loans on net lease assets, and the next few years also are likely to be even more educational.

“Make no mistake, we are going to have a lot of these loans, on the smaller side, owned by private equity firms or big pools, and their patience is going to run out, too,” said Shapiro. “That is uncharted territory again. We do not know where that is going to go.”

More generally, the problems underscore the need to recognize the risks that can arise for those who are “looking for the safety of the triple net deal,” said Donald I. Resnick, partner and chair of the real estate practice at Jenner & Block.