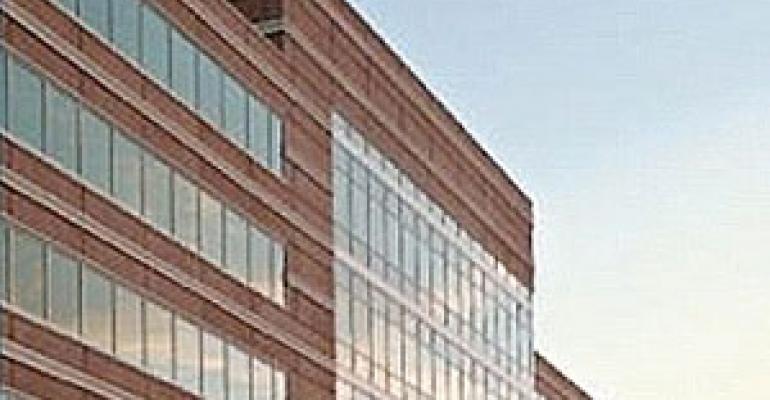 For many sellers, a real estate auction represents the last stage of desperation. Just the word “auction” can call up images of foreclosed homes sold on the steps of a courthouse for pennies on the dollar.

Michael A. Fine would like you to think of top-quality real estate assets earning high prices—such as Miramar, a mansion that he helped to sell in 2006 at auction in Newport, R.I., for $17.5 million. At the time, the sale set a record for the highest price ever paid for a single-family home in the state of Rhode Island, he says. That same kind of success translates into the commercial real estate space as well.

HREA is a new division of Northbrook, Ill.-based Hilco Trading, an international firm that specializes in what Hilco calls “asset monetization.” Hilco announced the formation of HREA May 1 to provide open-outcry, online and other types auction service for real estate. The new division is led by Fine and Alan R. Kravets, Esq., HREA’s executive vice president and also a principal. Each brings more than 25 years of experience in real estate auctions. The two also spent 15 years working together as Partners at Sheldon, Good & Co., based in Chicago.

In that vein, Hilco joins a growing field of firms offering auctions. For example, Auction.com routinely conducts auctions that generate hundreds of millions of dollars. And many investment sales brokerages now operate auction divisions to quickly move both distressed and core assets.

Auctions can provide sellers the certainty of selling their property. “The seller takes control of the process,” says Fine. “We control the timeframe, the information flow, the contract… That creates a 100 percent surety of closing.” This format removes the opportunity for months of drawn-out negotiations or long lists of contingencies in the sales contract that could potentially undo a sale.

“The only thing we allow of the buyer to do is put their name on the contract and set the price,” he says.

To earn strong prices, auctions must be well-attended. To make sure the auction room is full, HREA markets its properties and tracks the results as auction dates approaches.

For example, after marketing a 2006 auction for The Ambassador Building, a 282,000-square-foot Class-A office property in Kansas City, Mo., 68 bidders inquired about the auction. Of those, ten potential bidders inspected the property. All ten requested the bidders’ information package. The auctioneers solicited feedback from these potential buyers and found they did not believe that the sellers, Pritzker Realty, would accept much less than their most recent asking price. In response, two weeks before the bid deadline, “the seller directed us to announce a minimum bid price of $11.5 million,” remembered Fine. The property sold for $18 million.

“Legally I can change the terms of the auction up till the moment the auction begins,” says Fine. Some states do punish “deceptive trade practices,” but if the an auction is cancelled or changed three of four days before, the seller should be in the clear, says Fine.

Adding an online component to the auction can also help bring in potential bidders. It also takes away the worry the bad weather will keep bidders away from the auction.

To join HREA’s auctions, potential bidders must inspect the property in person. Potential bidders can ask questions of the sellers. Usually answers that might be helpful to other potential bidders are posted on the Internet. “You have to provide exquisite due diligence materials,” says Fine.

The effect of all this work is to remove features that tend to depress prices in conventional auctions, such as uncertainty about the real estate being offered. However, HREA’s auctions keep features that favor sellers such as the strict time limit for bidders to make a decision and seller control of the terms of the contract.