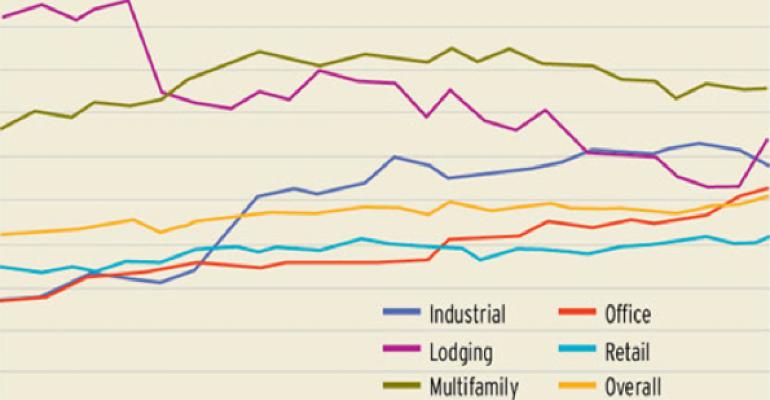 The percentage of loans considered seriously delinquent, including those that have been in delinquency 60+ days and those that reached foreclosure, are in REO or are non-performing balloons, went up 22 basis points during the month, to 9.73 percent.

The spike is not unexpected as last year Trepp researchers estimated the CMBS delinquency rate could increase as much as 70 basis points over a few months, due to the large volume of five-year loans coming to maturity in the first half of 2012. Only 28 percent of those loans have been paid in full.

Since late 2011, the CMBS delinquency rate has jumped a total of 64 basis points, but in the second half of this year, Trepp predicts the rate could stabilize, as there will be fewer loans reaching maturity.

“The soaring temperatures across the U.S. made for a very uncomfortable June in many places. With the [delinquency] level well over 10 percent now, the delinquency rate is equally uncomfortably high for CMBS investors,” said Trepp Senior Managing Director Manus Clancy in a statement.

But “Just as the heat should break by September, investors should see some relief too,” he added. “Now that most of the 2007 loans coming due in 2012 have passed their maturity date, the delinquency rate should start to level off soon.”

The delinquency rate in the multifamily sector stayed the same with the month prior, at 15.17 percent. And loan performances improved for industrial properties, which registered a 128 basis points decline in delinquency, to 11.54 percent.