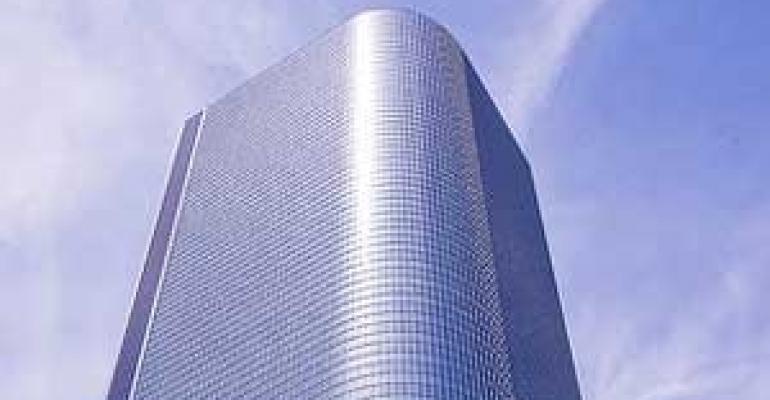 Another trophy office building has gone into receivership, indicating that lenders are eager to take back high-quality assets as owners continue to struggle with properties that are burdened with too much debt.

“In the case of Two California Plaza and many other trophy properties, lenders aren’t negotiating because the best outcome for them is for the property to go into receivership and to sell to the highest bidder,” notes John Guinee, managing director with Stifel, Nicolaus & Co.

“Everyone in the business knew this property was heading down this path, and you can find a dozen or so around the country that are going to go the same way,” says Dan Fasulo, managing director of Real Capital Analytics, adding that many trophy buildings bought during the top of the cycle are loaded up with more debt than they are able to sustain over the long term. “It’s rare for one of these assets bought during that period to not have fallen into some kind of distress.”

Lenders liquidated more than $46.5 billion of defaulted commercial mortgages in 2011 via short sales, discounted payoffs or trustee and REO sales, according to Real Capital Analytics. The firm notes that while liquidations were only slightly higher than 2010, total workouts were actually down, as fewer extensions and modifications were completed.

During the downturn, most borrowers have been able to work with the lenders to keep distressed and overleveraged properties, primarily because lenders didn’t want to be saddled with a bunch of so-so assets. The approach regarding distressed trophy properties has been quite different, Guinee notes, adding that it’s common to see negotiations on high-quality assets fall through.

Fasulo notes that most primary lenders with quality assets in gateway cities such as Los Angeles have been able to recover almost all of their money in foreclosure situations. According to Real Capital Analytics, the major markets have resolved a greater share of their distress and are achieving the highest recovery rates.

Two California Plaza is the second high-profile office building to be transferred to its special servicer in recent weeks. In February, for example, LNR Property Corp. took possession of the 1.3-million-sq.-ft. Bank of America Plaza in Atlanta. California-based Bentley Forbes acquired the 55-story tower, known as the South’s tallest building, in 2006 for $436 million.

Over the past six months, a number of high-profile office building foreclosures over $300 million have occurred, including the four-building, 3-million-sq.-ft. Houston Center complex in Houston and the 878,035-sq.-ft. 200 Fifth Ave. in Manhattan.

While MPG Office Trust isn’t the only publically-traded REIT to default on portions of its portfolio, most recent examples have involved retail REITs. In January, for example, Taubman Centers Inc. surrendered the keys to Regency Square, a 1970s-era regional mall in Richmond, Va., to LNR Partners LLC as the asset’s special servicer.