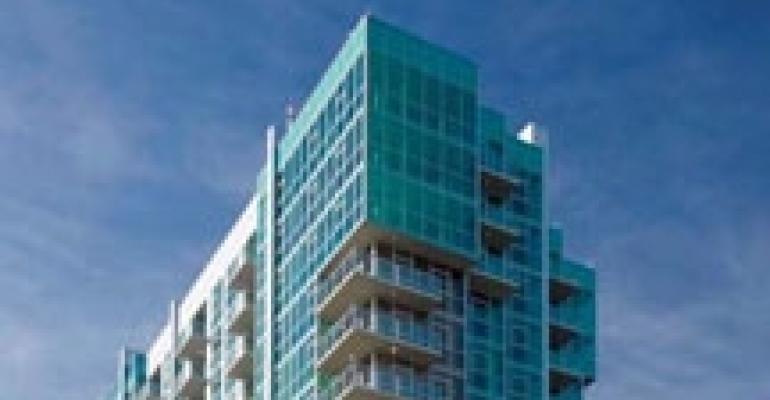 Douglas Wilson, owner and CEO of the Douglas Wilson Cos., has been appointed receiver for Vue, a 318-unit, 15-story luxury condominium tower on the waterfront in San Pedro, Calif.

Based in San Diego, Douglas Wilson Cos. specializes in resolving distressed real estate and court-appointed receiverships. The company has assumed operational responsibility for the Vue project, including all homeowner and leasing program issues.

Developer Carlyle/Galaxy San Pedro opened Vue as a for-sale project in March 2009, but the building now is leasing space at the tower as well, because of the current distressed real estate economy. The receiver is evaluating with the lender and developer a goal of restarting the sales program for the property.

“This is the largest waterfront development in Old Town San Pedro, so we expect this asset to be a strong performer once the market has stabilized,” said Douglas Wilson, in a statement. “With views of the harbor and upscale amenities like concierge service and a helicopter pad, the Vue sets a new standard for San Pedro.”

Until the property is transferred to different ownership, the receiver will work with the existing management team to maintain and protect the value of the property.

To date, Douglas Wilson Cos. has provided problem resolution for more than 600 projects involving assets valued in excess of $12 billion.