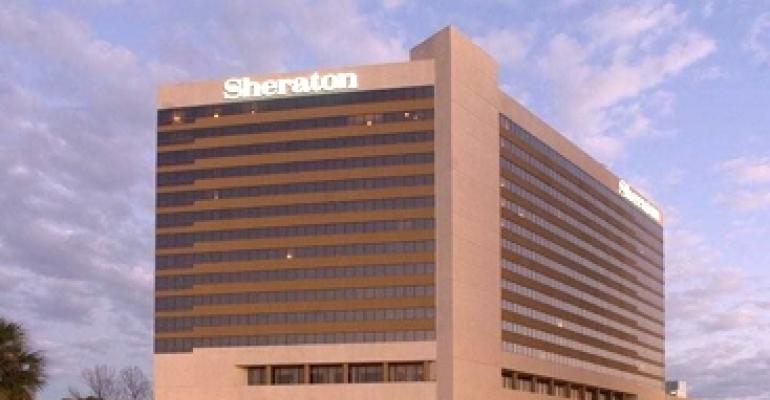 Mixed amid the recent wave of bankruptcies, defaults and foreclosures, there has been a trickle of hotel transactions sparking hope that distressed assets can and will be sold.

On Dec. 8, the W Hotel Union Square in New York was sold at a foreclosure auction, like the Wyndham Orange County in California the week before. Last month the Sheraton Orlando was sold to a joint venture between a private equity firm and an asset manager after first going through bankruptcy court and then a foreclosure auction.

Buyers in some cases are getting heavily discounted prices: The 238-room Wyndham fetched $21 million — exactly half of what it sold for just three years ago.

The W was foreclosed upon soon after Dubai World announced it would attempt to restructure $26 billion in debt. Some owners, like Sunstone Hotel Investors, have even handed over the keys to flagging properties. Sunstone, which made headlines this summer by giving up the W Hotel San Diego, defaulted on a $246.3 million mortgage covering 11 hotels last month.

To this point lenders have been more willing to restructure loans than take back distressed assets, further delaying the flow of transactions. “They don’t have to,” says Arthur Adler, managing director and CEO of the Americas for Jones Lang LaSalle Hotels in New York.

“In many cases, if the property is covering operating costs and it’s a good borrower doing the right things, there isn’t pressure to sell. They are better off restructuring the loan and extending it.”

Opportunistic investors are prepared to take advantage of coming distress. For instance, Pebblebrook Hotel Trust announced on Dec. 9 the pricing of an initial public offering (IPO) at $20 per share to raise more than $400 million. Pyramid Hotels & Resorts has similar plans to raise $275 million to also purchase distressed hotels.

Despite massive amounts of equity building up on the sidelines, the bid-ask gap is still significant, explains Adler, who adds that recent transactions are “just a trickle” and not the beginning of a tidal wave of activity.

For the year, Jones Lang LaSalle Hotels projects $2 billion in U.S. hotel transaction volume ($1.6 billion through November), down from $8.4 billion a year ago and a high of $45.8 billion in 2007. The hotel investment services firm forecasts that the volume will increase to $3.5 billion in 2010.

Adler refers to 2009 as a year of recognition, with owners and lenders still working to understand what they have, where industry fundamentals are heading and what value really is.

“We expect the psychology to change a bit in 2010,” Adler explains. “Owners will recognize they don’t have as much equity as they had, lenders will recognize properties aren’t worth their debt in some cases, and then you’ll start to see some transactions.”

That’s what happened last month in Florida, when things came together for the sale of the Sheraton Orlando. It’s an example of how a distressed hotel asset can go from a bankruptcy filing to foreclosure auction to a mutually agreed upon (and undisclosed) price between buyer and seller.

Lender Gramercy Investment Trust had foreclosed on previous owner CF Hospitality in August after a judge dismissed the Chapter 11 bankruptcy protection case. Gramercy then briefly became the owner after a winning bid of $100 at its foreclosure auction on Sept. 3.

The Orlando Sentinel reported there were no other bids that day — in part because a lawyer for Gramercy made it known it would bid as much as $45 million for the hotel, since it had a foreclosure judgment of $44 million against CF Hospitality.

Six weeks later on Nov. 17, a joint venture between Glenmont Capital Management and Resolution Services purchased the 341-room hotel from Gramercy. Resolution Services, a crisis management company, had been hired by lawyers for Gramercy last year to critique the bankruptcy plan by the previous owners and was then hired to asset manage the hotel after Gramercy took ownership in September.

“We had a really good inside look at this,” says Eric Ewoldt, one of three partners for Resolution Services and a 35-year veteran of the hospitality industry. The partners saw ways to cut operating expenses without affecting guest service.

They also saw a property in a great location that had recently been through a major renovation, and one whose brand and management contracts left easy outs. “We feel very strongly this hotel will be a home run in four to five years,” Ewoldt says. “We have patience.”

That’s the acquisition strategy for Resolution Services, says Jay Litt, also a partner who has made his career in the hotel industry, primarily in operations. “We decided to buy distressed assets because we know the value of the assets has dropped dramatically due to the financial situation in the world,” Litt explains, “not because of the real value of the assets.”

The hotel opened in 1985 as a Radisson and was rebranded a Sheraton in 2007 after undergoing $12 million in renovations. The new owners plan to invest between $3 million and $4 million on mechanical equipment and an improved arrival experience. They’re also finalizing contracts with a new brand and management company.

Ewoldt found a capital partner with Glenmont and his former colleague at Colony Capital, Lawrence Kestin, the managing principal at Glenmont. Resolution Services also invested capital in the all-cash purchase and will be the operating partner, Ewoldt and Litt say. Resolution Services hopes to partner with Glenmont or other investors in the next two years to purchase similarly distressed and well-positioned properties.

Was this deal unique, or could it be typical of other distressed assets coming to market? “Frankly, it was unique because it existed,” says Cecelia Fanelli, a partner with law firm Stroock & Stroock & Lavan, who specializes in hotel real estate and advised Resolution Services on the purchase.

“After this [deal] closed, my gut reaction was this wouldn’t have happened six months ago. But we’re starting to see some early signs of movement. We still have a long way to go.”

Ewoldt won’t disclose the sale price, but says it “was a very good deal,” but not because they got in ahead of everyone else. He said the property had been shopped extensively, but the industry was so tumultuous that pricing quickly changed. “These things are just starting to unwind,” Ewoldt says. “What was acceptable in pricing even a month ago might be lower now.”

Despite the uptick in sales activity, Adler says the floodgates aren’t going to completely open in the near term. “If 2009 was a year of recognition, 2010 will be a year of action: restructuring, recapitalizing and potentially transactions. But it’s going to take some time. It’s a process — a physical process, a legal process and a mental process.”