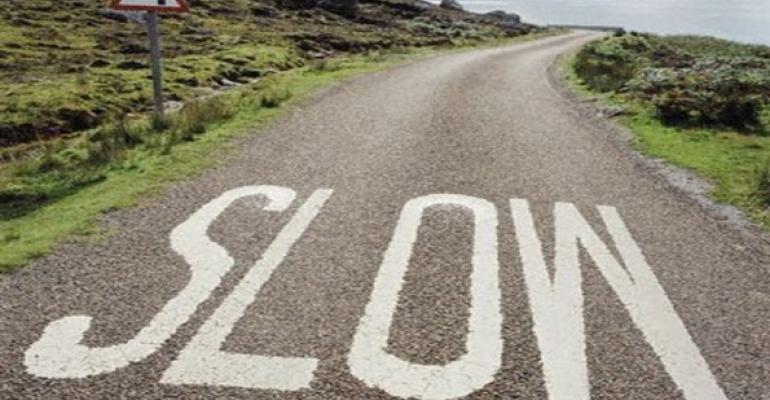 The Slow and Painful Improvement of Shopping Center Fundamentals

The recovery in neighborhood and community shopping center space trudged onward during the last three months 2012.

Improvements in fundamentals were minimal at best, on par with quarterly results exhibited since the retail space market bottomed. However, the sluggish recovery is far from unexpected. Despite historically low levels of completions, demand is severely depressed, resulting in only incremental improvements in occupancy and rents.

The vacancy rate declined by 10 basis points in the fourth quarter, just as it had in three of the previous four quarters. As a result, the year-over-year decline in vacancy was just 30 basis points. Limited demand is to blame for the lack of anything more than marginal improvements in vacancy. Net absorption for the fourth quarter totaled 2.29 million sq. ft. While this is an improvement over the 1.50 million sq. ft. absorbed in the third quarter, it still isn’t robust enough to move the needle for occupancy in any meaningful fashion. Occupied stock increased by 9.53 million sq. ft. for the calendar year 2012.

With demand for shopping center space so low, the only reason that vacancies are declining at all is the absence of much construction. Just 915,000 sq. ft. of new space was completed in the final quarter of 2012, which was actually an increase relative to the 723,000 sq. ft. that came online in the third quarter. This compares with a quarterly average of 7.80 million sq. ft. of new construction between 2000 and 2007.

A more granular look into completion figures reveals a lack of construction across a broad swath of the U.S. with new completions concentrated in just a few metros. Of the top 80 retail metros covered by Reis, 44 exhibited an absence of any new construction during all of 2012. Even among the remaining 36 metros, construction was not broad-based. The top 10 metros ranked by completions comprised nearly 64 percent of the nation’s total.

With scant new construction, more robust demand would cause vacancy to compress at a quicker pace. But even with few completions occurring, the economy is not generating enough demand for space. Until more and better jobs are created, retail sales will remain listless, demand will remain low and the vacancy compression will be slow and tedious.

Vacancy will need to compress in a much more significant fashion before rent growth breaks out of its rut. At elevated vacancy rates, landlords have no leverage over tenants to exact much, if any, rent increase. With little improvement in rent growth, asking rents remain tethered to 2007 levels while effective rents remain tethered to 2005 levels. There is little wonder that developers are not dipping their toes into the retail sector.

The outlook for 2013 remains restrained. With the economy and labor market not expected to perform materially better than they did during 2012, it is difficult to be optimistic about the performance of retail fundamentals.

The increased payroll tax has already crimped consumer spending with retail sales up just 0.1 percent month-over-month in January. This figure would have likely been negative were it not for a boost in spending from the surge of dividends and bonuses distributed before the end of 2012 to bypass expected tax increases.

Executives at Walmart have already seen the tax hike bite into consumer’s appetite for spending. A leaked internal email from a vice president of finance and logistics contained the following: "In case you haven't seen a sales report these days, February MTD sales are a total disaster. The worst start to a month I have seen in my ~7 years with the company." Year-over-year spending growth was a bit more positive, coming in at 4.4 percent. Still, this is only inline with the moderate growth exhibited since mid-2012.

Nonetheless, with construction remaining at diminished levels, even modest demand is expected to push down vacancy rates and push up rents for shopping center space. Reis forecasts the vacancy rate for neighborhood and community centers to dip another 30 basis points in 2013 to 10.4 percent. The pace of rent growth is expected to pick up a bit this year, with both asking and effective rent growth exceeding 1.0 percent.

Upscale shopping centers should continue to outperform all others as the affluent shop irrespective of the economic environment. Grocery-anchored neighborhood and community centers should still outperform non-anchored centers as the majority of consumers focus on non-discretionary spending. However, away from these extremes, retailers and retail centers will continue to face challenges.