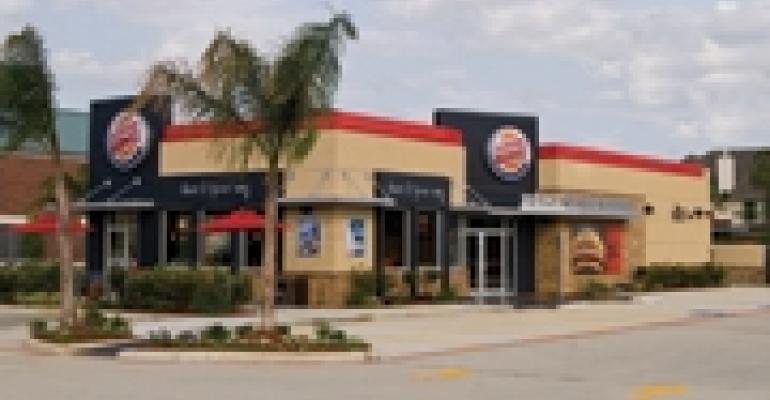 Real estate could be the secret ingredient in private equity firm 3G Capital Management’s recipe for generating returns on its surprise $3.3 billion acquisition of Burger King.

But industry insiders think New York City-based 3G Capital is in a position to revive that tried-and-true tactic. That’s because the fast food chain owns the perfect type of properties for today’s market: small, freestanding buildings featuring a brand name tenant—the kind of asset that net lease buyers salivate over.

Overall, 3G’s strategy is likely to be two-pronged, says Maurice Nieman, vice president of investment sales with commercial real estate services firm Colliers International. On the operations side, the new owners will try to grow Burger King’s market share, especially in foreign markets. At the same time, Nieman expects that 3G Capital will try to capitalize on its U.S. restaurants through sale-leaseback transactions, either on an individual basis or as a portfolio marketed to large institutional buyers.

3G Capital Management and Burger King did not respond with a comment in time for the publication of this article.

Burger King’s new owners likely see a company “ripe for cost-cutting and innovation,” says Howard Davidowitz, chairman of Davidowitz & Associates Inc., a New York City-based retail consulting and investment banking firm. “I think all of their real estate is going to be put under a microscope. When you have that kind of debt, the first thing you do is cut costs.”

As of June 2010, Burger King operated 7,258 restaurants in the United States. The chain owns a total of 987 restaurants in the U.S. and Canada, including those operated directly by Burger King and those leased by the company to franchisees. Burger King restaurants, which range from 2,500 to 3,500 square feet in size, typically fetch between $1.2 million and $1.3 million in the net lease market. That means 3G could potentially generate more than $1.2 billion in cash should it opt to sell all of the real estate the company currently owns.

The potential return on Burger King’s real estate could be important considering the current state of the firm’s operations. It’s had a hard time making a dent in McDonald’s market leading position and faces a number of challenges, including falling same-store sales and disputes with some of its franchisees. Selling off real estate could also ease the $2.8 billion debt load that 3G will reportedly take on as it completes the buyout.

The market for net lease deals has been picking up steam in recent months as investors find it easier to secure financing and a dearth of new supply makes bidding more competitive, according to the Boulder Group’s report for the second quarter of 2010. Since 2008, construction of single-tenant commercial properties has declined 60 percent, the Boulder Group reports.

Investors have particular interest in deals priced under $1.5 million that involve well-known brands and market rate leases, says Glen Kunofsky, senior vice president of investments with Marcus & Millichap Real Estate Investment Services. That’s right where Burger King fits in. Because of its BB- credit rating its assets might not be as highly valued as those of McDonald’s or Walgreens, but the Burger King brand is so well-known, investors are eager to bet on it, says T. Reed Hudson, associate director in the Houston office of Stan Johnson Co., a commercial real estate investment firm.

“Currently, the challenge for net lease investors is finding the quality product in terms of not only location, but strong credit-worthy tenants,” Hudson notes. “There is almost a feeling of maybe there being more buyers out there than there is quality product. Burger King is certainly not as strong as McDonald’s, but the perception of most buyers in the market is that it’s a pretty well-known brand and that sometimes outweighs what their credit actually is.”

Kunofsky adds that when his office closed on a corporate-owned, ground-leased Burger King sale leaseback in Albuquerque, N.M., this August, the property traded at a cap rate of 5.56 percent. A restaurant leased to a franchisee would likely trade at a cap rate of 8 percent. But that would still be within the current national average for net lease deals, according to the Boulder Group report.

“I think the trend that bodes well for Burger King is that there is still a lack of new product in the net lease market today and that will likely be the case until the first quarter of 2012,” says Blankstein. “That creates demand and because of their prices, the demand for them will still be there. It would be a fairly strong real estate play.”