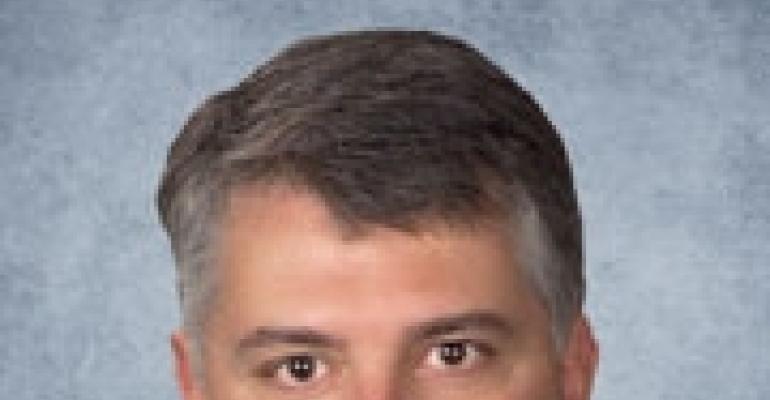 Amid Gloom and Doom, 2009 Holds ‘Best Buying Opportunities Ever’

This month marks Bernard Haddigan’s 28th anniversary in the commercial real estate business. In an industry known for its transient employment, Haddigan has spent 26 years with the same firm, Marcus & Millichap Real Estate Investment Services. During his career, Haddigan has helped broker more than $3 billion in investment sales. For the past 13 years, he has been managing director of the firm’s national retail group based in Atlanta.

In a recent survey of more than 1,100 institutional and private investors, NREI and Marcus & Millichap found the lowest level of confidence since the survey began five years ago, with 51% of respondents expressing plans to increase their commercial real estate allocations in 2009 versus 62% a year ago.

Given his extensive experience, NREI asked Haddigan for his take on where the current investment markets stand.

NREI: Compare this downturn to previous downturns in your career.

Haddigan: This is by far the worst I’ve ever seen, and it’s going to get worse. Depending on which side of the business you’re on right now, some might be faring better than others. A lot of issues are putting pressure on operators. Forgetting debt for a second, across the U.S., property taxes and utility costs are generally on the increase, so even if you don’t raise your rents you’ve got pressure right there.

NREI: What will be the level of distress and how long will it last?

Haddigan: The fact that there is still no debt capital in the marketplace is putting an increasing strain on all product types because there are a lot of debt maturities out there and you cannot refinance loans now. Operationally retail, hospitality and other product types are coming under huge amounts of stress. It’s no secret that retail sales were down for the holiday season. There is a trend of [increasing] retailer bankruptcies as well as a huge trend of tenants trying to renegotiate their leases when they can.

Going into this summer, we’ll see a huge surge in delinquencies and foreclosures on commercial real estate, much like the huge wave in residential. Once that happens, the market will start getting some direction; it’s going to look like the early to mid-1990s with a lot of foreclosed real estate that needs to be cleaned up. Will there be an RTC (Resolution Trust Corp.) II? I don’t know, but right now the market doesn’t have a lot of direction. It had very strong direction from 2002 to early 2007. But for the last year and a half, all that’s been trading has been the safe bets and the quality deals.

If you’ve got institutional-quality, infill real estate in major MSAs (metropolitan statistical areas), you’re going to be holding on for the next several years. The value of real estate is a function of its current and potential net income. There was a surge in property values largely because the fundamentals got distorted due to the abundance of high-leverage cheap debt. That’s gone.

Moving forward, if you’re sitting on an office building in Midtown Manhattan or a mid-rise apartment building in Washington, D.C. or a property in Chicago, where is the appreciation going to come from? It’s not going to come from structured debt. It’s going to come from raising your rents and raising your net operating income (NOI). In the market we’re in, I just don’t see any situation where there will be a surge in NOI growth as a general statement. There will always be exceptions. So, if you own institutional assets you’re not going to sell them at losses, you’re going to limp along until the markets recover.

NREI: Are long-term players like institutional investors positioned to take advantage of opportunities? And are there opportunities out there?

Haddigan: There will be opportunities, but are we going to see a distressed mortgage on a building on Park Avenue in New York, a $200 million loan that’s going to sell for $100 million? We may if things get really ugly, but that’s going to be extremely rare. In my experience with previous downturns, I did not see a lot of premium assets go through foreclosure. Somehow their owners figure out a way to recapitalize those assets, or hang on, or sell off partial interests.

Maybe an opportunity on the retail side stems from this question: What do General Growth, Developers Diversified, Centro Properties Group or Kimco Realty look like a year from now? What kind of capital are they going to need? Is it debt or equity? On the institutional side, perhaps there are situations where the larger, well-capitalized institutions might be taking equity positions in some of these companies.

Some people think I’m too much gloom and doom, but I’m basically an optimist. I see the business running in cycles. As a long-term participant in the business, I think the next three to five years are going to be the best buying opportunity that any of us have seen in our careers. There are a lot of people who are very excited, who have been disciplined and are sitting on cash for this opportunity. I know people who have been waiting for this window for years, and it’s finally coming.

NREI: Who are the investors sitting on cash?

Haddigan: There are private investors out there with hundreds of millions of dollars. Right now, I’m getting calls daily from large funds and investors, a number of them out of New York, who are saying they have $500 million or more and are looking for opportunities. The good news is that there is a lot of money out there, but we are not seeing bargains yet. As the bargains come through, most are going to be properties that need some expertise and some management and processing to maximize the returns. This is going to be a longer, deeper kind of process. I don’t think we’re going to get back to the market we saw in 2002 to early 2007 for a long time.

NREI: What are your thoughts on the retail sector?

Haddigan: It’s really going to be a case of the haves and the have-nots. Shopping centers with grocery, pharmacy and value-oriented product are going to hold up well. But centers that have a lot of apparel and electronics tenants are going to struggle. Many analysts are forecasting that we’re going to see a tremendous amount of store closings in 2009. I literally keep a list on my desk that I add to every time I read something new. I think a lot more retailers are going to come under huge stress.

NREI: What advice would you give to any institutional player these days?

Haddigan: Wasn’t there a line from the movie Animal House, “Start drinking early”? I’ve heard another line, “It will be heaven in 2011.” I’m not predicting the sky is falling. As a buyer, I think heaven is going to be the summer of 2009, when the buying opportunities are going to be on the distressed side. As an owner, it’s the opposite. It is going to get worse before it gets better.