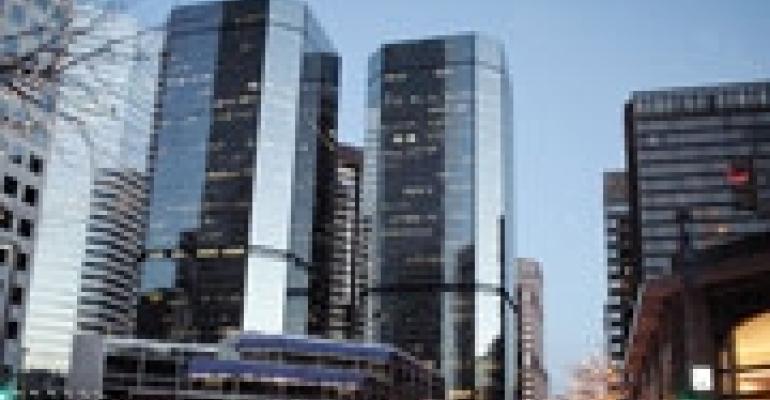 Institutional investors face a variety of well-documented challenges when it comes to their commercial real estate investments in 2009, but there are a few diamonds in the rough if investors know where to look, according to a new study by LaSalle Investment Management.

With $50 billion of assets under management for institutional investors, the Chicago-based firm points to at least four key investment opportunity plays this year:

• REIT shares trading at a massive discount;
• units in limited partnership funds trading at steep discounts;
• non-performing loans or pools of partially performing loans;
• defaulted land deals or development deals in need of recapitalization, but priced such that investors get incomplete improvements at close to zero cost.

“Markets experiencing a generational correction offer as many opportunities as threats,” explains Jacques Gordon, global strategist at LaSalle Investment Management, an independent unit of Jones Lang LaSalle. “For investors with capital and the confidence to look through the downturn, 2009 will provide some fantastic opportunities. The strategic approach is to distinguish between the assets that are genuinely attractively priced and those that should be even cheaper.”

Gordon and study co-author Robin Goodchild, LaSalle Investment Management’s head of European research and strategy, directed the 15th installment of the firm’s Investment Strategy Annual. The survey is a culmination of interviews with its own research professionals and fund managers across the globe to help formulate its outlook for the new year.

“We continue to believe that a disciplined investment process and an explicit strategy are the best ways to approach large, complex and chaotic markets,” says Goodchild. “This is especially true during periods of great volatility. Playing a strong defense will be critical to emerging from this period as a winner.”

In building any investment strategy over the next two years, LaSalle notes that investors must first and foremost protect their income streams. It’s incumbent on investors to aggressively manage their portfolios, work with tenants on early renewals, and adjust rents quickly in a changing marketplace.

As part of a defensive posture, investors should look to more recession-resistant opportunities, including multifamily, healthcare and grocery- and drug-anchored retail centers, so-called “necessity retail” properties. In terms of markets, assets located in cities with government as a key industry, such as Washington, D.C., are likely to perform better.

The economic malaise could last into 2010, according to the LaSalle study, but investors should look beyond today’s market to take advantage of capital shortages and falling property prices. In particular, property owners across Europe are expected to adjust faster to the new, and lower, pricing realities. The United Kingdom, for example, is likely to recover more quickly as investors snap up assets at bargain prices.

By comparison, North American property owners have been slower to mark down their assets, creating a continued dearth of sales transactions. “North America will have a difficult year as fundamentals weaken significantly with the region far behind the UK in terms of re-pricing,” says Bill Maher, North American strategist for LaSalle.

For now, the bulk of institutional money still remains on the sidelines as this conservative group of investors is rarely on the bleeding edge of opportunistic buying. Still, some investors are stepping up their programs.

In October, LaSalle Investment Management closed on the $157.8 million purchase of the World Trade Center in Denver on behalf of an institutional client. The downtown sale became the largest transaction in the city’s office market for 2008. LaSalle bought the 767,000 sq. ft. property from Transwestern Investment Co., which paid an estimated $116 million for it in early 2006.

Late last year, the Ohio Public Employees’ Retirement System agreed to commit $387 million to U.S. real estate investments, while it plans to sell some $574 million worth of properties. On the opportunity front, the big Ohio pension fund plans to commit $250 million to international REITs based outside the U.S. during 2009.

Meanwhile, the State Universities Retirement System of Illinois is committing $40 million to its first real estate opportunity venture with Dune Capital Management, which is run by former Goldman Sachs real estate head Dan Neidich. To date, Dune has raised $1.5 billion to invest in all property types across the globe.

Other institutional investors will be challenged to boost their real estate allocations, which historically averaged 6% to 8% of their total assets before rising in recent years to a range of 8% to 12%. The Ohio Police and Fire Pension Fund had planned to invest $400 million in new real estate investments over the next few years, but has pared back that volume to $50 million in light of losses in other investments.

Recently the Iowa Public Employees’ Retirement System, which has a real estate portfolio valued at nearly $2 billion, announced it is putting the brakes on any new commercial real estate investments this year.