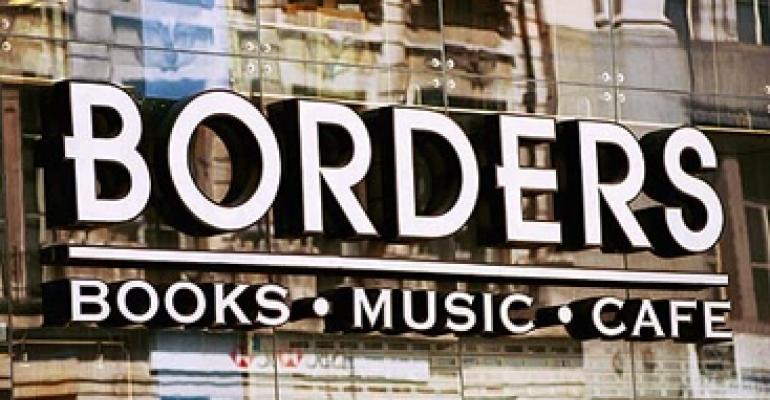 In a move that had been anticipated for months in the commercial real estate industry, Borders Group, the giant book retailer, today announced that it has filed for reorganization relief under Chapter 11 of the Bankruptcy Code.

The company (NYSE: BGP) has struggled to meet the expenses for its stores, and to pay vendors and other creditors. “It has become increasingly clear that in light of the environment of curtailed customer spending, our ongoing discussions with publishers and other vendor related parties, and the company’s lack of liquidity, Borders Group does not have the capital resources it needs to be a viable competitor,” said Mike Edwards, Borders Group president, in a statement this morning on the company’s website.

Borders lacks capital resources that are essential for it to move forward with its business strategy to reposition itself successfully for the long term, said Edwards. The filing for Chapter 11 relief will give the company the opportunity to infuse capital and reorganize so that it can reposition itself in the market, the president said.

The Chapter 11 petition for relief was filed in the U.S. Bankruptcy Court, Southern District of New York.

Borders has received commitments for $505 million in debtor-in-possession financing from GE Capital and other investors, so that it can pay its expenses and operate the business while under Chapter 11.

The retailer plans to close a number of underperforming stores over the next several weeks. However, the bulk of its stores will remain open for business as usual during the filing and reorganization period, the company said. Online orders also are being filled for books, movies, and music. Gift cards also are being redeemed at the stores and online.

In a further explanation of its dilemma, Borders said the ongoing impact of the difficult economy of the past few years, along with the rapidly changing retail environment for books and related products, had made it essential that the bookseller reposition its business for the long term.

Although Borders’ difficulties may push up the stock value of rival Barnes & Noble in the short term, it too, has struggled with the changing demands of customers and the difficult economy. In 2010, Barnes & Noble (NYSE: BKS) announced that it was considering a sale of the company.

“What’s happened is, the old traditional model of retail is broken,” says retail analyst Marshal Cohen of NPD Group on Marketwatch.com. “This is a sign for many retailers that they need to begin to step up and start to change the equation in how they relate directly to the consumer.” Today, the consumer wants instant access, he says. Booksellers need to keep up with the demand for e-books and online access. “The younger generation has grown up reading online material.”

Chapter 11 will provide time to regroup as the company closes some 200 stores and makes necessary changes, he adds. When customers spend more time drinking coffee in a bookstore café than browsing the books, he says, it’s time to re-evaluate.

For a different look at the bankruptcy and the continued weakness of power centers, please click this link.