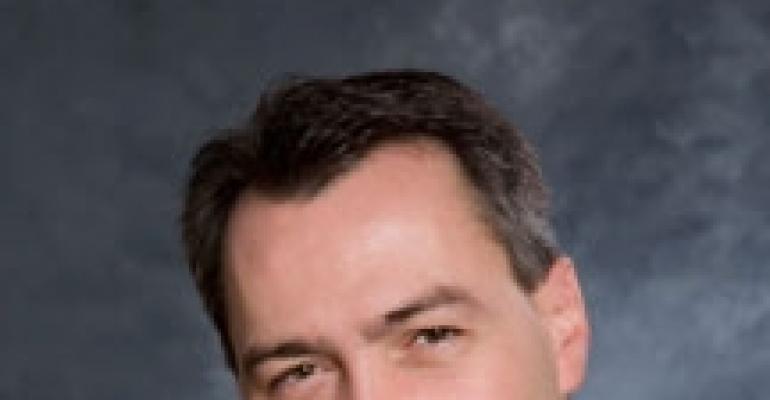 Building A Case for a Second-Half Recovery in 2010

Several positive developments are emerging in the real estate capital markets, providing a glimpse of optimism as investor sentiment appears to rebound.

Meanwhile, all tranches in the commercial mortgage-backed securities (CMBS) market have rallied appreciably. Spreads on the AAA CMBX index have narrowed by more than 85 basis points over the past three months.

We believe that both mortgage and CMBS spreads will continue to drift downward, albeit at a slow pace, as real estate fundamentals continue to stabilize over the next 12 months.

Despite some improvements in the capital markets, commercial mortgage debt remains both expensive and difficult to obtain. We believe that the lending environment will continue to improve in 2010, including an increasing volume of CMBS originations.

Those improvements will not, however, likely be enough to fully accommodate the $1.1 trillion of commercial real estate debt that will mature over the next three years, 2010 through 2012.

With underwriting requirements remaining tight, traditional balance sheet lenders under stress and reluctant to lend, and regional bank failures rising, we expect a continuing financing gap in the market in 2010.

The total return of the NCREIF Property Index (NPI) declined by 2.1% during the fourth quarter and by 16.8% for the year, the worst annual performance in the 32-year history of the index. Still, this figure is slightly better than the projected 17.5% decline that we made at the beginning of the year.

The income portion of the return was resilient at 6.2%, but prices declined by 22%, a much steeper annual drop than during previous real estate downturns.

The average capitalization rate for all properties sold over $5 million rose 20 basis points to 8.1% in the fourth quarter of 2009, up 80 basis points from the same period a year ago.

The U.S. economic recovery gained additional strength during the fourth quarter, thanks to broad-based improvement across most business sectors and geographic regions.

After rebounding by 2.2% in the third quarter of 2009, real gross domestic product (GDP) surged 5.7% during the last three months of the year. Growth exceeded expectations mainly due to a jump in business spending and inventory restocking.

Several significant challenges remain, however, including tight credit and high unemployment. Looking forward, we expect a slow recovery process with a few bumps in the road.

We believe that the fiscal and monetary policies of the U.S. government and Federal Reserve will continue to be flexible and accommodating in 2010, supporting economic growth of 3% over the next 12 months.

Although the U.S. is technically out of recession, the labor market continues to struggle. Since the beginning of the recession through December 2009, a total of 8.4 million jobs were lost nationwide, according to the recent revisions to the employment numbers.

The national unemployment rate climbed to 10.1% in October, and though it has since receded to 9.7%, it remains at the highest level in decades.

Despite these negative indicators, we now see early signs of recovery in the labor market. The four-week moving average of initial jobless claims continues to trend downward, pointing to a deceleration in the pace of layoffs.

Average hourly earnings and the hiring of temporary workers are on the rise. With many firms reporting better-than-expected earnings and moderate sales increases over the past two quarters, we believe we will likely see job growth before mid-2010.

Consumer spending showed encouraging signs of improvement during the fourth quarter, with 2009 holiday sales rising by 2.3% over the depressed levels of the same period a year ago.

However, U.S. consumers continued to increase savings and reduce household debt in the face of negative wealth effects.

The personal savings rate rose to 4.7% in November 2009, up from 3.8% one year earlier. We continue to believe that consumer spending will likely remain muted until the job and housing markets stabilize.

The December Consumer Price Index (CPI) increased by only 0.1% over the previous month and by 2.7% year-over-year, primarily due to volatile energy prices.

We believe that inflationary pressure should remain subdued over the next 12 to 18 months as a result of relatively weak demand and low capacity utilization.

The combination of a government tax credit for first-time buyers and historically low mortgage rates contributed to increased demand for residential housing over 2009.

However, both new and existing home sales declined larger-than-expected in December, suggesting a rather fragile housing recovery.

We believe there is a potential risk of additional home price declines in 2010, if the government stimulus assistance is withdrawn and mortgage rates increase substantially.