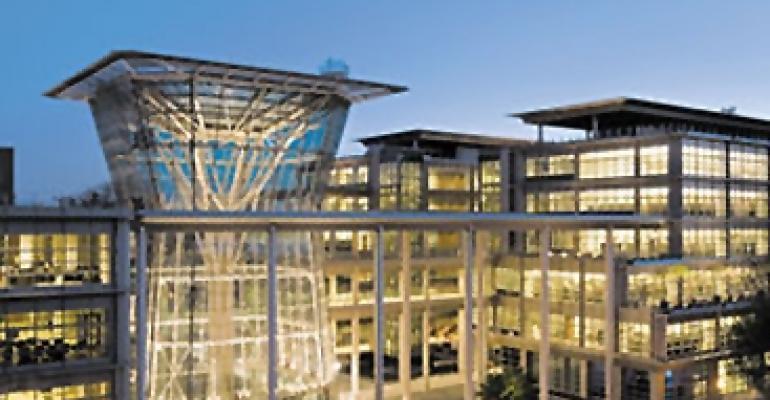 After a nearly year-long review, the nation’s largest public pension plan is finally making some significant moves with its real estate assets, tapping its best performing managers with new assignments.

The California Public Employees’ Retirement System (CalPERS) is in the midst of restructuring its $15 billion real estate investment portfolio, shifting assets to managers who outperformed peers in managing through the recent real estate market downturn.

CalPERS’ real estate investment portfolio lost 53.6% in the fiscal year that ended June 30, according to the latest real estate quarterly report. With $222 billion in assets under management, CalPERS administers retirement benefits for 1.6 million state and local employees, retirees and their families.

On Jan. 3, CalPERS transferred a $724 million real estate portfolio, known as National Office Partners (NOP), to one of its existing managers, CommonWealth Partners. The NOP portfolio, previously a joint venture between Hines and CalPERS, was the lowest performing in CalPERS' core office subsector, earning an annualized 0.6% return, after fees, since its July 1998 inception.

CommonWealth has executed more than $4 billion worth of transactions in other CalPERS partnerships since 1998. “CommonWealth Partners has done extremely well for us for over 12 years now, and we anticipate very good performance from them and the domestic office portfolio,” says Ted Eliopoulous, CalPERS’ senior investment officer for real estate.

“We have confidence in GI Partners and expect excellent performance from the CalEast portfolio going forward, given their strong returns since they joined our real estate program in 2001,” said Eliopoulos. “RREEF’s success with CalWest and their global breadth and expertise will be valuable in managing CalEast’s European assets.”

CalPERS has a total of more than $700 million with three GI Partners funds. Formed in 2001, GI Partners is a leading trans-Atlantic private investment firm that focuses on asset-backed businesses and properties in North America and Western Europe. Since its inception, the firm has secured $4 billion of capital commitments on behalf of institutional private equity and real estate investors in the U.S., Europe, Asia, and the Middle East.

Real estate figures prominently in the investment plans of CalPERS going forward. It recently adopted a new strategy for its investment allocations, creating five new groups. Real estate falls within the new “real” group, along with infrastructure and forestland. The targeted allocation to real estate will jump to 13%, up from the fund’s longstanding allocation of 10%.

The new strategy also allows for more flexibility in the amount of money it directs to the real estate sector. In the future, the fund could invest as little as 8% in real estate and as much as 18%, depending on market conditions.

The core of the new strategy revolves around the key drivers of risk and return, including economic growth, inflation, liquidity (availability of cash) and interest rates.

“We focused on assets and returns, but not enough on the risk of our allocations,” says CalPERS board president Rob Feckner. “We’re now reaching out to the best-informed professionals of the financial world and taking all viewpoints into account.”