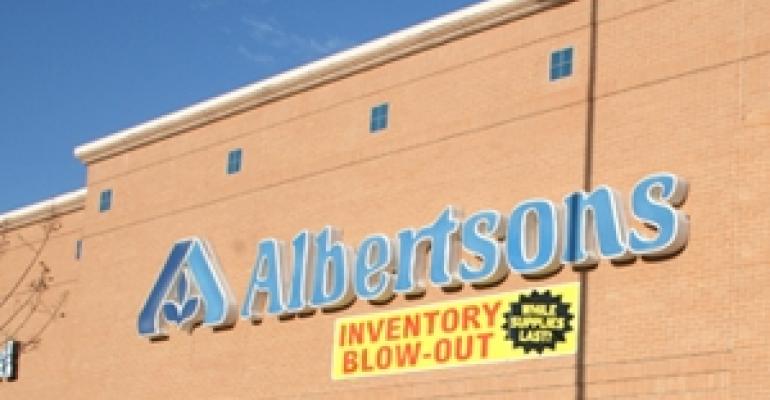 With news emerging last week that Cerberus Capital Management would be buying five Supervalu supermarket brands for $3.3 billion, there is speculation that a sizeable portion of the purchased stores is likely to be shut down and put on the market. Supervalu has been underperforming its rivals for some time now, market observers say, and it’s hard to imagine that Cerberus and its real estate-focused partners would be willing to pour money into each one of the nearly 900 stores in order to turn them around.

Cerberus’s partners on the acquisition include shopping center REIT Kimco Realty Corp., Klaff Realty, Lubert-Adler Partners and Schottenstein Real Estate Group. These are the same firms who bought and broke up Albertson’s Inc. in 2006. Cerberus and Lubert-Adler, along with Sun Capital Partners, were also the major players in the $1.2 billion acquisition of Mervyns department store chain in 2004. That deal, which resulted in Mervyns’ 2008 liquidation after the new owners sold off many of the chain’s leases to third parties, became the emblem of what was wrong with private equity players buying retailers in the run-up to the recession. For the record, Kimco also expressed interest in purchasing Mervyns in the mid-2000s.

Today, as retail consultants consider Supervalu’s precarious position in the supermarket sector—it trails competitors in the mid-market segment that is shrinking as a group—they question whether returns-conscious Cerberus would be willing to make the kind of financial commitment to the acquired stores that would allow them to return to profitability.

“Supervalu would have gone bankrupt if they didn’t do this deal,” says Howard Davidowitz, chairman of Davidowitz & Associates Inc., a New York City-based retail consulting and investment banking firm. “A lot of those stores are non-competitive the way they are structured right now. These stores require enormous remodeling, they require enormous investment. You really think Cerberus is going to do that?”

A more likely scenario, according to David J. Livingston, head of supermarket consulting firm DJL Research, is that Cerberus will keep operating the profitable stores and attempt to squeeze value from them by cutting down expenses, while the underperforming stores will be put on the block. Livingston estimates that approximately 50 percent of the portfolio will likely be marked for disposition.

“They obviously don’t want to be in the grocery business long-term,” Livingston notes. “I think mostly they are going to manage it from a real estate point of view and expense control.”

Mark Reeder, executive vice president with SRS Real Estate Partners, a national retail real estate services firm, also believes that the acquisition will become primarily a real estate deal, although he does expect Cerberus to keep operating some of the stores on a long-term basis. Just a brief glance at Cerberus’ partners in the transaction indicates that the private equity firm brought them in for their real estate expertise, rather than for their ability to run successful supermarkets.

“I am not sure it’s going to be 100 percent one or the other, but when you look at that group of buyers you’ve got people who have real estate as their first calling,” Reeder notes. “I don’t think they’ve brought Kimco in to operate Albertson’s grocery stores. It was probably to underwrite the real estate.”

Reeder adds that the new owners will likely evaluate the stores one by one to determine whether they are worth saving. The ones that won’t make the cut will be shut down, redeveloped and offered for lease to other retailers. In fact, Kimco and the rest of the partners probably already have some alternative tenants in mind, says Davidowitz.

The challenge, given today’s real estate market, is that the majority of the stores included in the deal would have limited appeal, according to Gerard Mason, executive managing director in the New York office of real estate services firm Savills. He points out that unlike Sears and JC Penney, Supervalu leases the majority of its locations, which limits their real estate value. What’s more, the stores tend to be smaller than what supermarket operators currently prefer and are not particularly well located. As a result, Mason suspects the deal is based on financial engineering—buying the business at a vastly reduced price and repositioning it.

However, the retail real estate market is improving, according to Reeder, and retail development has been stalled for some time. That means as the industry expands, demand for the Supervalu locations might increase. Plus, this is likely a long-term investment, with a 10- to 20-year timeline, he notes; not something that’s going to happen overnight.

What virtually everyone agrees on is that Cerberus and its co-investors have enough experience in the retail real estate sector that they are bound to make a sizeable profit on their new buy. Supervalu’s real estate holdings alone should be worth the price tag, according to Scott Burns, president of Wilson Commercial, a Los Angeles-based leasing firm specializing in neighborhood and community shopping centers. If Cerberus is able to turn around the brands’ operations as well, it will be the icing on the cake.

“I think it was a good purchase,” Burns says. “It will be a long and grinding hold, a challenging project for them. But if they are able to turn the operations around, there is quite a bit of upside in that transaction.”