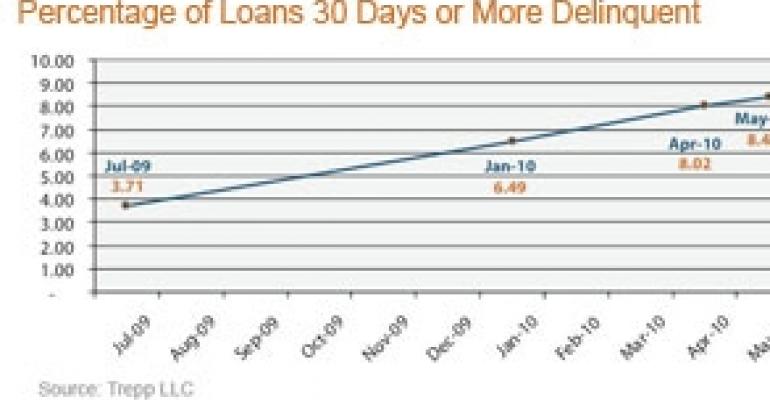 Are the darkest days over for the commercial mortgage-backed securities (CMBS) market? Although the delinquency rate on loans in CMBS rose to an all-time high of 8.71%, the rate of increase is showing signs of moderating, according to New York-based Trepp LLC.

That’s significant because as troubled loans get resolved, the loans are removed from the delinquency category. REO loans that are liquidated also put downward pressure on delinquencies. REO properties refer to real estate owned by a lender, usually a bank, after an unsuccessful sale at a foreclosure auction.

Here are some of the highlights contained in Trepp’s delinquency report for July:

* The retail delinquency rate jumped 22 basis points in July and now stands at 6.90%

* The industrial sector is still the best performing sector among the major property types, but the delinquency rate rose 56 basis points in July and now stands at 6.04%.