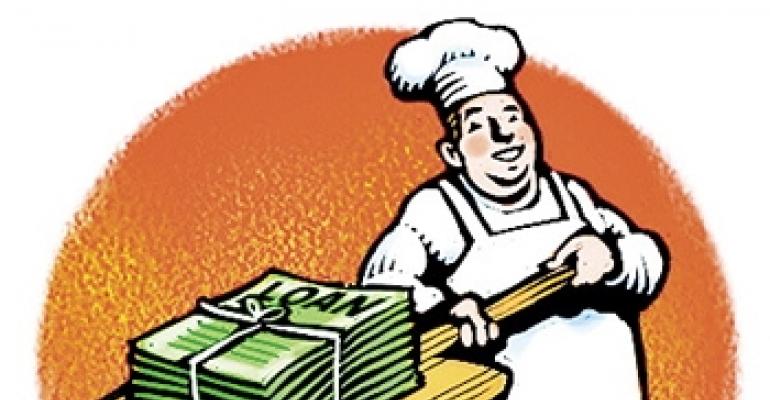 CMBS Lenders Are Coming Back, as is Their Appetite for Risk

Faster than anyone thought possible—and without much in the way of government help—the CMBS market has regained its vigor.

One of the first news reports to hit the commercial real estate industry at the start of the new year has been the revelation that Deutsche Bank and UBS will soon start selling a new CMBS issue valued at $2.5 billion. While CMBS issuance started picking up speed in the summer of 2010, the Deutsche Bank and UBS transaction is emblematic of the huge leap in lenders’ willingness to tolerate risk over the past six months. The deal’s size—it is one of the largest issuances of its kind since June 2008—is only one of the factors.

When Goldman Sachs revived the CMBS market in late 2009, with a $400 million issuance, the particulars of the deal were such that it couldn’t even be seriously considered a CMBS financing, says Richard Jarocki, managing director of debt and equity finance with Grubb & Ellis Co., a commercial real estate advisory firm.

Average dollar amount have jumped to almost $1 billion by the end of 2010 from several hundred million only a few months ago. And the deal size is still growing. Issuances in the works today are between $1 billion and $2.5 billion. In addition, the pools of assets now included in new securitizations involve multiple borrowers and multiple property classes.

Acceptable leverage levels have risen from approximately 60 percent 12 months ago to as high as 75 percent today. And while class-A assets in primary markets remain the preferred product type, new issues increasingly feature properties with some level of risk—centers positioned in secondary or tertiary markets, complexes with near-term lease rollovers or higher than expected vacancy rates.

“We are sort of in the middle range, where lenders are trying to see how far they can push the envelope,” says Dan E. Gorczycki, managing director in the New York City office of Savills LLC, a real estate services provider. “They’ll go to a tertiary market if everything else about the deal is fine, or they’ll do lease-up risk if everything else about the deal is fine. We are not at the point where they’ll do everything, which is where we were at the peak of the market.”

What’s driving the appetite for risk is the increasing number of players in the CMBS space (as well as historically low interest rates). By the end of 2010, about a dozen or so firms had come back to doing CMBS issuance. As 2011 plays out, the number might swell to 25, notes Jarocki.

In addition to the usual suspects—Bank of America, J.P. Morgan, Citibank—there have been several newly formed funds that don’t have any legacy issues from the peak of the market and so can afford to be more aggressive on loan terms, says Steven Yazdani, managing director with Lucent Capital, a Los Angeles-based firm that specializes in arranging debt and equity financing.

The catch is that most of that money will go to finance new acquisitions or to refinance loans with low original leverage ratios, industry sources say—in other words, the kinds of loans that could easily secure financing from traditional real estate lenders like banks and insurance companies. Borrowers looking to refinance riskier stuff will either have to put more money into their assets or look for mezzanine lenders to bridge the gap in funding, says Gorczycki.

Retail owners stand to benefit the most from the greater availability of CMBS financing as retail happens to be a preferred asset class right now, says Steven Roberts, senior managing director of debt and equity finance with Grubb & Ellis. Wall Street firms like multifamily and industrial product as well, but those properties get quickly snapped up by agency lenders and life insurers respectively, he notes. Life insurers also get dibs on most of the class-A office buildings in large cities. What’s left—suburban office space—is considered too risky of an investment by CMBS shops because of the stubbornly high unemployment rate, Roberts says.

In the last three deals of 2010, retail made up anywhere from 31 percent to 43 percent of the entire issue, representing the largest piece of the pie. For the most part, the focus has been on grocery-anchored centers with good credit tenants, say industry insiders. Borrowers of unanchored strips in secondary and tertiary markets still have some trouble getting financing. Or rather, if the asset doesn’t involve too much risk, CMBS lenders will show a willingness to finance it, but they will offer such stringent terms that it would make more sense for the borrower to sign a recourse loan with a bank, says Yazdani.

At the same time, a borrower no longer has to be one of the largest publicly traded REITs in the country to be considered an acceptable candidate for CMBS financing, though a good credit history still helps. “The sponsor doesn’t have to be pristine because in this environment everybody’s had problems,” says Gorczycki. “As long as they didn’t commit any bad acts, they will be okay.”

Lenders continue to pay careful attention, however, to borrowers’ experience level with a particular asset class and knowledge of the local market. Someone who’s always concentrated on Southern California would have a hard time securing financing for a property in the New York region, notes Yazdani.

Financing terms have gotten more favorable than they were 12 months ago. Interest rates on class-A 10-year deals have dipped as low as 5.4 percent. But everything that gets underwritten these days gets underwritten on current cash flow, Yazdani says. Plus, the lenders have started paying a lot of attention to debt yields, something that was not even part of the equation in the mid 2000s, he adds. Today, an acceptable debt yield ranges anywhere from 9 percent to 13 percent, to give the lenders some breathing room if the Treasury rates spike too much before the loans come to maturity.

“That’s what people are now looking at—what’s going to happen in the future, and they are trying to take a conservative view,” says Roberts.

Current debt service coverage ratios on CMBS loans range from 1.25 to 1.35—they still haven’t come back to 1.20. Plus, CMBS lenders have upped the average dollar amount of each individual loan that goes into the issue to approximately $15 million to $20 million, adds Jarocki. The reason is that with fewer smaller loans in the issue investors feel more comfortable with their ability to analyze every loan. They no longer blindly trust issuers to do the due diligence for them.

But while the resurgence of the CMBS market is certainly good news for commercial real estate pros, they continue to worry about the billions of dollars in loans coming due over the next several years. In 2011, for example, approximately $54 billion in CMBS loans will reach maturity, according to Trepp LLC, so the $45 billion in new issuance will be almost “entirely offset” by legacy pay downs, according to J.P. Morgan’s Todd. What’s more, even if the market sees a greater level of issuance than expected, CMBS lenders will likely stick with new loans or with refinancing loans with conservative original underwriting.

“You have to remember that depending on the year a lot of that stuff was [originated], it’s probably very difficult for the new financing to take out the old financing,” says Roberts. “Property values have dropped, things were very aggressively underwritten and many owners are going to have to make a decision [if] they want to put more equity into their properties. That’s going to drive where we are going to be.”