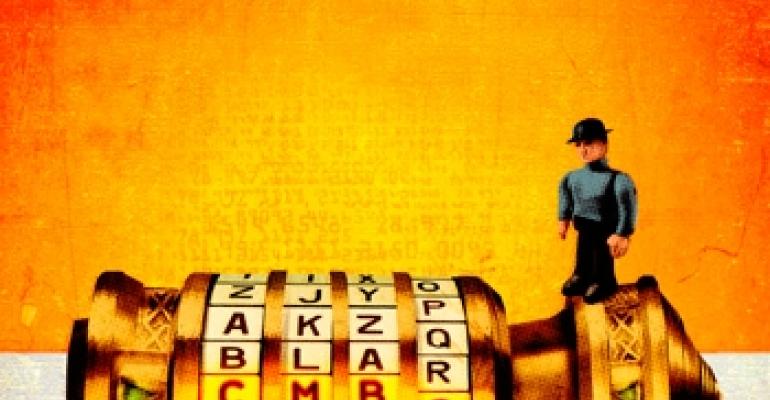 CMBS Tries to Bounce Back from Bump in the Road

The CMBS market had been having a pretty good year in 2011. CMBS issuance in the first seven months of 2011 amounted to $20.8 billion—the best stretch since the securitization market dried up in late 2007. The delinquency picture also showed improvement.

But then in late July the market got thrown for a loop. Standard & Poor’s pulled its ratings on two transactions worth a collective $2.7 billion after it had found “potentially conflicting methods” in how it was rating securitizations. As a result, Citigroup and Goldman Sachs had to cancel the sale of a $1.5 billion securitization. That came amid the rancorous debate in Washington on the national debt ceiling and just before Standard & Poor’s downgraded the U.S. credit rating from AAA to AA+. All of which triggered a tumultuous stretch on equities markets.

Yet experts believe that despite being a bit shaken, the CMBS market will continue to reemerge through the rest of 2011, albeit at a slower pace. Earlier in the year, some thought origination volume might reach $50 billion. Now, expectations are more tempered, with some thinking volume may end up between $30 billion and $40 billion.

“I’m pretty sure CMBS is going to take off the rest of August and come back after Labor Day,” says Dan Fasulo, managing director with Real Capital Analytics, a New York City-based research firm. “But CMBS as an asset class still remains attractive in my mind on a risk adjusted basis compared with a lot of other things out there.”

Indeed, Gary E. Mozer, principal of George Smith Partners Inc., a Los Angeles-based real estate investment banking firm, says that the marketplace is in a state of flux right now, with loans being re-priced rapidly. Yet there does remain money out there looking to finance deals. For the most part, Mozer says bids are coming in between 5.75 percent and 6.25 percent for 10-year loans.

“There is a lot of demand for debt. Transactional volume is increasing. We’re just at a moment where people don’t know how to price it,” Mozer says. “As competition picks up and as we see markets price out, we will have a lot better indication of where things are going.”

Spreads have widened in recent weeks. In early July the 10-year AAA CMBS swap spread to Treasuries had narrowed to 179 basis points, according to Trepp LLC, a New York City-based research firm. But on August 12, as a result of Treasury rates dropping and uncertainty with CMBS, the spread had jumped to 301 basis points—the widest it’s been since October 2010.

“Recently, spreads have been so volatile that it has been difficult for originators to price loans” says Eric Thompson, managing director with New York City-based Kroll Bond Ratings. “Hopefully, as we go into the fall, that volatility settles down.”

Some observers believe the problem with the Goldman deal—GS Mortgage Securities Trust 2011-GC4—was that it was too large, complex and risky for this stage of the cycle, when the market is still getting comfortable with CMBS after securitization caused so many issues during the financial crisis. The trust was a $1.48 billion offering backed by 70 conventional fixed-rate loans that are secured by liens on 130 properties. Goldman Sachs Mortgage Co. contributed 24 loans, Citigroup Global Markets Realty Corp. contributed 40 loans, and Starwood Property Mortgage Sub-3 LLC contributed six loans.

“Transactions that are not plain vanilla—things that don’t fall into the conduit/fusion category, but rather are more complex or more off the run—that’s the kind of trade that’s not easy to get done right now at all. What remains more questionable is whether people can execute even vanilla conduit/fusion deals,” says Kim Diamond, senior managing director with Kroll Bond Ratings. “Volume will be lower than what many anticipated. Based on what’s transpired, I think it will be in the $35 billion to $40 billion range.”

David Lynn, managing director with New York City-based Clarion Partners, agrees with that assessment. He adds, however, that despite the turbulence caused by the Goldman issuance, the CMBS story for much of 2011 has been positive. And CMBS bonds are delivering higher and safer yields than many potential alternatives for investors, such as equities, Treasury bonds, corporate bonds and dividend returns. “CMBS is beating all of those,” he says. And with Federal Reserve Chairman Benjamin Bernanke announcing recently that the Federal Funds Rate will be held near 0 percent through 2013, it assures that interest rates will remain low for another two years, adding some certainly back to the picture.

“More loans will be rolled over,” Lynn says. “We’ve also been through the worst of the real estate cycle. This gives real estate ample time to recover and we are now having some good momentum. There’s positive rent growth—albeit low—and vacancy is declining in most markets. … All things considered CMBS looks relatively good, with the caveat being it has to be simpler and well underwritten.”