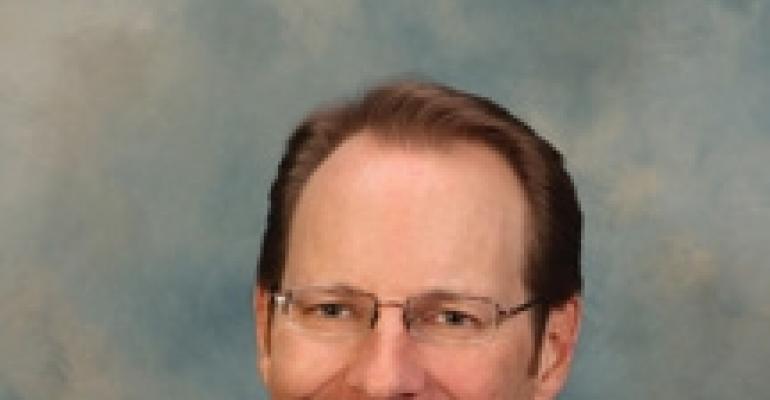 While a few would benefit, the result will be bigger losses for all.

Editor’s Note: With the capital markets in turmoil, the U.S. economy in fragile shape, and the federal government offering up an assortment of remedies to stabilize the situation, the commercial real estate industry finds itself in uncharted waters. The problems facing owners and investors are more complicated than ever.

Against that backdrop, NREI introduces a new columnist who offers a unique insider’s perspective. Chris Macke, CEO of Chicago-based General Equity Real Estate and a regular contributor to the Federal Reserve’s Beige Book, will opine monthly on government policies and programs affecting commercial real estate, the impact of the economy on commercial real estate and its capital markets, as well as long-held beliefs regarding commercial real estate. Hoping to foster the best possible industry decisions through a greater variety of views, the title of the column is “The Contrarian”.

Mr. Macke has been a supporter of Big Brothers Big Sisters for more than 20 years.

Prices paid during the most recent bout of speculation in commercial real estate left our industry with many loans worth significantly less than the amount owed. Any experienced investor will tell you that in this situation success lies in letting your winners ride, and most importantly, cutting your losses. Yet up to this point the prevailing attitudes and resulting actions within our industry have been the opposite. Why is this? And what are the implications for our industry and the country?

The phenomenon of selling “in the money” investments too early and holding losing investments too long is not unique to our industry. As a result it has been studied extensively. Due to the $770 billion of underwater commercial real estate loans estimated by Foresight Analytics I am going to focus solely on the tendency to hold losing investment positions longer than is rational.

Nobel Laureate and Princeton professor Daniel Kahneman along with former Stanford professor Amos Tversky documented a strong aversion to realizing financial losses. In multiple experiments, subjects were given two choices: Choice A would result in a certain but smaller financial loss. Choice B would result in either no loss or a materially larger loss than choice A. Subjects consistently chose B, the riskier option.

The impact of this aversion on investor behavior was documented in a 1985 paper by Santa Clara University Department of Finance professors Hersh Shefrin and Meir Statman. Their paper showed that the aversion to realizing losses resulted in investors consistently holding their losing positions longer than a rational person would.

What both papers suggest is investors are painfully aware that as soon as they take the loss there is no way to continue to deny that they made a mistake. Rather, they are left only with proof of their mistake and regret.

This tendency to choose the riskier option is exacerbated when the results of realizing losses are so dire for the decision maker, like losing a job, that he will take any gamble no matter how bad the odds. This is understandable but not justifiable. While the result of the gamble is no worse for the person already likely to lose their job, for the rest of us, the taxpayers, it exposes us to the likelihood of far greater losses. How long do we have to wait for the “gambler”?

The fallacy of waiting

Armed with the awareness of our strong aversion to realizing losses and an irrational tendency to hold losing positions too long, we can now objectively review the following: “Extend and pretend” and government liquidity programs that target commercial real estate.

“Extend and pretend” is based on the belief that if we just wait long enough property fundamentals will improve, restoring loan values. This is circular logic. If banks aren’t lending because of the “extend and pretend” loans for which they need to hoard cash, then waiting to sell those loans will only ensure continued lending inactivity. This continued lending inactivity will perpetuate our weak economy and result in further deterioration of property fundamentals.

Additionally, the assumptions used to underwrite “extend and pretend” loans were so aggressive that even an improving economy wouldn’t put these loans “in the money.” Double-digit rent growth does not last over a 10-year period, and prices don’t go up forever. Hence, over time values won’t return to where they were underwritten because they weren’t really based on sustainable fundamentals, but rather on assumptions necessary to justify the speculation that was occurring.

In the meantime, credit remains anemic, the economy weakens further and property fundamentals deteriorate further. This all results in a greater divergence between the underwriting assumptions of yesterday and today’s reality leading to greater losses every day we “delay and pray”.

The real driver behind competent lenders engaging in circular logic and overlooking the growing divergence between their underwriting assumptions and today’s values is simply the following: They now know they made loans based on values that were unsustainable.

And they know the resulting losses are large: According to the Moody/REAL Commercial Price Index, the current peak to trough decline in valuations is 42.9%. Our industry might not have overbuilt this time but it sure lent too much on the properties that it did build.

The fallacy of priming the pump

Let me first note that in my work with both the staffs of the Federal Reserve and U.S. Treasury they have proven to be very sharp and have a strong desire to make the best decisions. Unfortunately, their initial information regarding the commercial real estate industry came mostly from a small, vocal group of market participants.

Part of this “information” was the idea that the current problems in commercial real estate were the result of the credit crisis, not investors having paid too much for properties the last few years. Due to the Federal Reserve and Treasury’s unavoidable reliance on market participants for information, this led them to believe the problem was liquidity. As a result they pursued the programs we have today such as TALF.

Now armed with information regarding the run up prices paid the last few years, however, the appetite for this form of government intervention is waning. And when it becomes clear that delaying only results in the further lowering of property values government intervention will likely take a different form: Helping banks ensure they are cutting their losses.

In the meantime, many market participants believe that if we just “prime the pump” with government-subsidized liquidity, valuations will go back up. Again the focus is on liquidity as the problem, not the prices previously paid. Priming-the-pump proponents believe that if we just generate some sales it will establish “market” pricing and we will have the comps we need for more investors to feel comfortable pricing.

While both the desire to put off realizing losses and the regret involved is understandable, let us look at what the resulting “delay and pray” has led to. Who hasn’t heard of the following situation: A buyer offers a price today, the seller says “no” and then six months later, the seller tells the same buyer he will accept the price. Because values have dropped further, due to declining rental and occupancy rates, the buyer won’t pay the price originally offered. Thus continues the bid-ask spread at lower valuations further increasing our future losses.

This is what “delay and pray” and “extend and pretend” have led to. And we haven’t even taken into account what happens when today’s abnormally low interest rates normalize. The 20-year median rate of the 30-day London Interbank Offered Rate (LIBOR) is 4.94%. Today 30-day LIBOR is .24%. Today’s thinking and decisions are exposing banks and the taxpayer (the likely source of future bank bailouts), to this inevitable rise in interest rates. The resulting increase in foreclosures will again lead to greater losses for the taxpayer.

Anything that increases the ability of banks and sellers to delay their losses— whether it be relaxing mark-to-market, reclassifying underwater loans as performing etc. — will only increase eventual losses. The increased losses may be in the form of further declining real estate valuations, or as in the case of Japan, the lost economic activity of an entire nation over a decade. Beware advice coming from those bearing underwater loans.