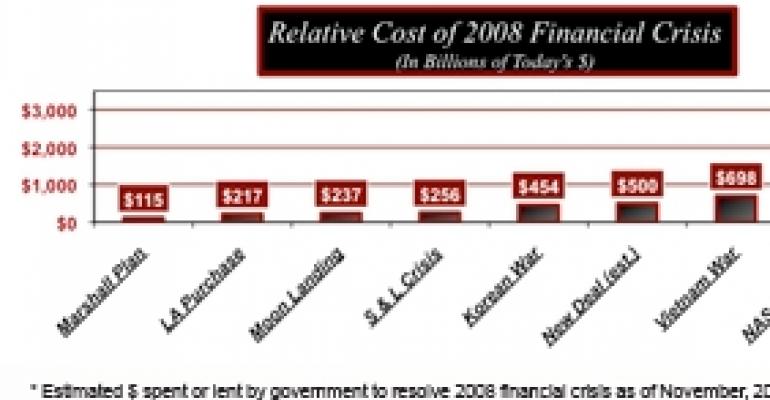 Commentary: Is the Originate-To-Distribute Lending Model Snake Oil or Scapegoat?

The originate-to-distribute model (OTD) is when a firm originates loans with the intent to sell those loans to another firm. It separates default risk from the entity originating the loan. Many argue the use of the OTD model resulted in lax underwriting and is the primary cause of today’s financial mess in commercial real estate.

Blaming OTD is intuitively attractive, and the argument has merit. But there are additional factors, such as the role of credit rating agencies, the loan buyers themselves and risk tools used, among other factors that contributed to today’s financial mess in commercial real estate.

The question is this: Was OTD really financial snake oil, claiming to be a financial cure-all, but actually turning out to be a devastating poison? Or was it merely an easy scapegoat?

An interesting place to begin an examination of the recent financial meltdown is with the role of securitized loan buyers. These buyers were assumed to have a high level of sophistication. Unfortunately, due to massive and increasing levels of liquidity, loan buyers elected to chase minimally higher yields while accepting higher risk levels in the name of volume. This trend created the very market that clamored for many of the securitized loans now underwater.

Second, making OTD the seminal cause minimizes the material role credit rating agencies played in the 2008 financial fiasco. It is simple logic that when the entities rating securities are being paid by the issuers of those same securities, there is going to be a problem.

Fourth, because bank deposits are guaranteed by the government, depositors seemingly have no incentive to care what banks do with our deposits. As an aside, what depositors forget is that in the case of a systemic financial meltdown requiring massive bailouts, the government effectively gets its money from us. So we give the government money, which they then give back to us through deposit insurance.

Even just this brief examination demonstrates that placing all the blame on OTD is too simplistic. We can also see that eliminating OTD alone would not prevent another financial meltdown. This conclusion is validated by the fact that we previously have had to bail out many portfolio lenders many times.

So simply requiring financial institutions to hold loans on their balance sheets isn’t a solution. Yes, OTD clearly was a contributing factor and deserves our attention. But making it our sole focus would be a mistake. The real value of focusing on OTD is that it highlights the primary and recurring problem in our financial system.

Why did the savings and loan crisis, the financial panic of 1907 and other financial calamities occur? They weren’t using OTD. There was no separation of default risk from the originating firms of the time. However, there has always been separation between the individuals granting or denying the loans and default risk — this was the primary cause.

Those individuals have no skin in the game. If the loan goes bad, they are not liable for the losses. They are human LLCs — their liability is limited. This limited liability is exacerbated by compensation structures, which often reward loan volume.

Because their net interest margins are usually slim — and even slimmer during boom times — CEOs must achieve their earnings on volume. And so the directive goes out, “increase loan volume by X percent.”

The persons actually finding and approving loans have no choice but to abide by the directive. As a result, everybody responsible for handling our money is largely getting paid on volume. Again, if the loans go bad, they don’t pay for their mistakes, we do, literally through bailouts.

The real problem is the relationship between the principals (depositors) and their agents (bank employees) at the most granular level. The problem is not at the bank level, or in the structure of the origination model. The problem is found in the trenches where loans are actually approved and declined.

When the person approving a loan suffers no loss of principal in the case of default and is actually compensated based on volume, we have a problem. It is a problem we have allowed to continue through many financial meltdowns at costs that might surprise you. Maybe this time we will take the road less traveled.

So how do we avoid this problem in the future? Again, prior losses by portfolio lenders show that eliminating securitization will not prevent future financial crises. I don’t think we can realistically expect employees at financial institutions to take on financial liability for the loans they make. Even if they did, they wouldn’t have the financial wherewithal to fulfill the obligation.

This is where you — the reader — come in. I have my thoughts on potential solutions, but as I stated in my first column, my goal is to generate constructive discussions that lead to the best solutions for many of today’s challenges in commercial real estate. I hope that you will either e-mail me with your ideas or post your proposed solutions to the comment section below.

Chris Macke is CEO of Chicago-based General Equity Real Estate, which specializes in hotel and office financing as well as structuring and purchasing sale-leasebacks. He can be reached at [email protected]