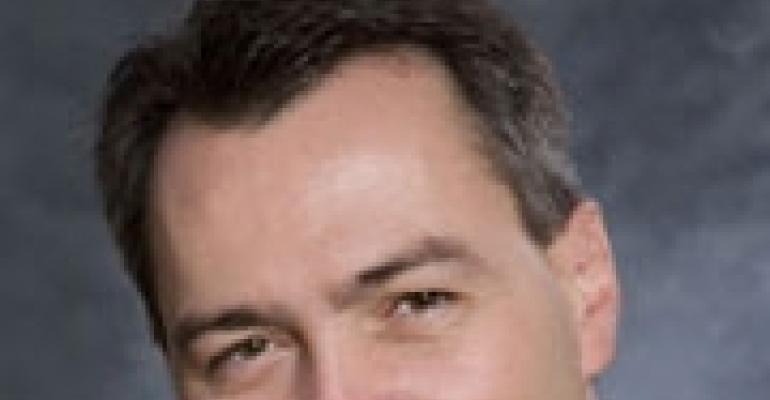 David Lynn: More Troubles Ahead for the Housing Market

The downturn in the U.S. housing market was a critical cause of the Great Recession in 2008 and 2009. Housing has helped to lead the economy out of other recent recessions, but we believe that the larger economy must stabilize before we experience a sustained recovery in the housing market this time around.

After improving in late 2009 and early 2010, the housing market appears to be weakening again following the expiration of the federal homebuyer tax credit at the end of April.

Despite record low mortgage rates and improved affordability, the volume of home sales and home prices remain depressed amid high unemployment and a glut of vacant homes. Looking forward, we believe that the employment outlook and public policies will play key roles in the eventual revival of the housing market.

Without federal homebuyer tax incentives, home sales have collapsed. Sales of both new homes and existing homes plunged over the past three months, including record lows in July. This slowdown is an unwelcome consequence of the federal tax credit, which clearly cannibalized future demand.

Permits for new homes have also receded to nearly a record low level, suggesting that increases earlier this year were in response to the tax credit-induced demand.

Several factors are weighing on the housing market, including lower property values, rising foreclosures, growing inventory, and, most importantly, high unemployment. There are 4.45 million mortgages that are 90 days or more delinquent or in the foreclosure process, according to an estimate by Zelman & Associates.

Inventory — as measured by months of supply — also is moving higher as more “shadow inventory” and foreclosures enter the market. The glut of vacant homes must be absorbed before we can experience meaningful price appreciation.

According to the Case-Shiller Home Price Index, U.S. home prices fell by 33% between March 2006 and May 2009. Prices then rose by about 6% from May 2009 through June 2010. As the U.S. economic recovery weakens in the second half of 2010, housing demand will likely remain fragile. At the national level, further price declines of 5% to 10% from the current levels are possible [Exhibit 1].

If the economy enters a double-dip recession, the price declines could be worse. Housing will not likely benefit from sustained price increases until the second half of 2011, when we expect to see substantial improvement in both the employment and foreclosure picture.

The combination of falling home prices and low mortgage rates has led to record affordability levels. In fact, in many markets around the country buying a home is financially comparable, or even less expensive, than renting. The main exceptions are markets in the Northeast and Northern California.

Now with a second round of quantitative easing underway by the Federal Reserve, it is possible that mortgage rates could drift even lower. More available lending capacity and lower mortgage rates should provide additional support to the housing market at this critical stage.

Why then, with affordability at record highs, haven’t we seen waves of home buyers coming to the marketplace? We believe that there are five reasons:

1. High unemployment is the biggest impediment to a sustained housing recovery. People are just not confident enough about the job market outlook.

2. Consumers are deleveraging and are not willing to take on additional mortgage debt.

3. With low expectations for price gains over the next few years, most people are in no rush to jump into the housing market, and many are waiting for prices to fall further.

4. The decline in home prices has left about a quarter of all mortgage holders in a negative equity position, according to data from CoreLogic. These homeowners are unable to refinance or relocate from their current homes, thereby slowing demand.

5. Finally, homebuyers are facing more stringent lending standards today. The latest Federal Reserve data show that 51% of lenders tightened underwriting standards in the second quarter of 2010. With credit under pressure and higher down payment requirements, a smaller percentage of buyers are able to qualify for loans than in the past.

In a period of economic uncertainty, people have a tendency to defer purchasing a home, which in turn increases demand for rental properties. Indeed, homeownership fell to 66.9% in the second quarter of 2010, the lowest level in 11 years. Homeownership is likely trending toward its long-term average of 64%. Rental properties should continue to benefit from this trend.

With the coming general election in November, there is likely little support in the Congress to renew the homebuyer tax credit program. Temporary tax credits did not, and will not, solve the fundamental problems of the housing crisis, which are high unemployment, rising foreclosures, and a large inventory of vacant homes.

We do believe, however, that the federal government can and should play a role in preventing foreclosures where homeowners have the willingness and ability to pay, if given enough time. With 25% of all mortgage-holders underwater, reversing the wave of foreclosures is a key to avoiding a more wide-ranging economic meltdown.

If designed and executed appropriately, programs such as loan modifications should be helpful to soften the blows of the recession, allow people to make adjustments, and stabilize neighborhoods until rising employment and incomes can provide the ultimate solution.

As the economy recovers, albeit at a slow pace, the housing market is expected to benefit from the combination of incremental job creation and a rising level of household formation. Because of these expectations, we are optimistic about the future of U.S. housing.

Also, despite the risks for price declines nationally, some markets are performing much better than others. According to the Case-Shiller data, prices have fallen by more than 50% in some of the hardest-hit markets such as Las Vegas and Phoenix. But in the Dallas and Denver markets, prices fell by 10% or less from the peak.

In general, areas that avoided a steep increase in prices during the housing bubble have also avoided a steep decline. Within individual markets, there are also pockets of strength. Prices generally have held up best in more established and supply-constrained neighborhoods, where demand is typically steadier and there are limited opportunities for large-scale new development.

Markets with the combination of a strong economic outlook and supply constraints are likely to see earlier and stronger increases in prices going forward.