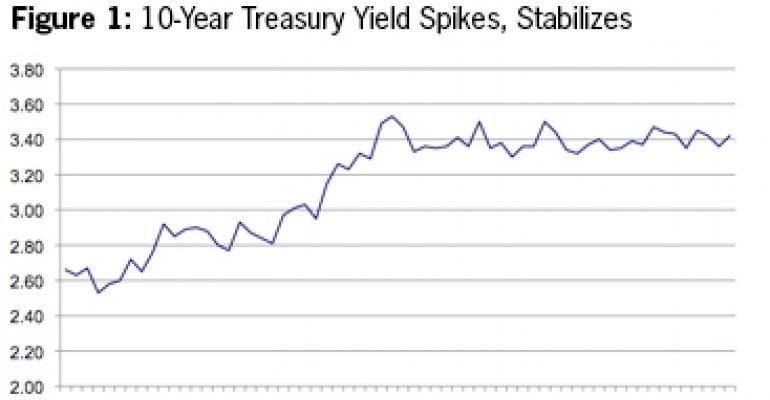 As the economy shows signs of substantial improvement, the commercial real estate industry is emerging from a transitional phase in 2010 to a recovery stage in 2011. Institutional-quality real estate assets in primary markets have begun to stabilize and appear to be poised for recovery.

However, several uncertainties at both the macro and fundamental levels remain. Despite these uncertainties, we are sanguine about the outlook over the next 12 months for institutional-quality real estate and believe that the commercial real estate recovery will continue to gather positive momentum throughout the remainder of 2011. Here we highlight the top 10 challenges facing our industry in 2011:

1. Economic recovery — Recent evidence suggests that the U.S. economic recovery is gaining strength. Corporate earnings are strong, with record amounts of cash on firms’ balance sheets. Consumers are increasingly confident about the future and are opening their wallets for spending. Holiday retail sales in 2010 jumped 5.5% from 2009, the largest increase since 2006.

As of December 2010, the PMI Manufacturing Index has increased for 17 consecutive months. Nonetheless, we expect a sustained recovery, but not a particularly robust one. The current general consensus forecast for GDP growth in 2011 is 3.2%.

2. Residential housing market — With the help of government tax incentives, the housing market has shown some signs of stability. However, unlike past recoveries, this sector has not been a positive contributor to GDP growth so far.

Rising delinquencies and looming foreclosures could flood the market with additional inventory, causing another 5% to 7% decline in home prices in 2011. With rising mortgage rates, we don’t expect to see meaningful nationwide home price appreciation until 2012.

3. Job growth — During the recession of 2008-2009, the economy lost a total of 8.4 million jobs. In 2010, we regained approximately 1.1 million jobs. Private sector employment has shown decent growth. The gain is encouraging, but still not strong enough to bring down the high unemployment rate, which remains too high for a broad-based and robust recovery to take place.

Based on market trends, we believe that businesses will step up hiring in 2011 because of the improved outlook and increased demand. Nonetheless, job recovery will have a long way to go and may not recover to the 2007 peak level until at least mid-2013, according to Moody’s Economy.com.

4. Government and Fed policies — The Federal Reserve’s QE2 program of purchasing $600 billion in long-term Treasuries and the extension of the Bush tax cut program have without a doubt provided a significant short-term boost to business and consumer confidence. Consumer spending is up and stock market indices are on the rise.

However, higher government spending and mounting national debt raise serious concerns of higher taxes, a declining U.S. dollar, and rising inflation down the road. Hence, the exit strategies for the Federal Reserve and the government are critical and may substantially impact the path of U.S. economic growth.

Nonetheless, higher inflation is expected, particularly in the next three to five years. Commodity prices have risen substantially due to high growth rates in many developing countries. In the U.S., we are experiencing record money supply, national debt, and federal budget deficits.

These concerns could prompt foreign governments to reduce purchases of U.S. Treasuries. Therefore, in the mid-term, we believe inflationary pressure could increase to the 2.5% to 3% level. However, a rapid rise in the Consumer Price Index is considered unlikely.

Since the Fed’s QE2 announcement on Nov. 3, 2010, interest rates have risen. The 10-year Treasury yield climbed more than 60 basis points between late November 2010 and Jan. 31, 2011 [Figure 1]. A continued rapid increase in interest rates could significantly increase borrowing costs, which could dampen the recovery in the residential housing and commercial real estate markets.

6. European sovereign debt crisis — Since the Greece sovereign debt crisis in April 2010, a few other European countries such as Ireland, Spain, and Portugal have also experienced signs of distress. Our view is that many countries in the European Union (EU) are challenged with structural fiscal issues and it will take drastic actions and an extended period of time to fix these problems.

The austerity measures recently implemented by many EU nations could result in slower economic growth and reduced imports from the U.S. We will likely continue to see headline news regarding European sovereign debt issues over the next few years.

7. Geopolitical risks — A few geopolitical uncertainties are posing potential risks. In particular, tensions between Iran and Israel, conflicts between North and South Korea, and the possibility of a terrorist attack could cause significant volatility in the marketplace and undermine public confidence. Additionally, the demonstrations in Egypt present risks to regional stability and global stock and oil prices. Although Egypt is not an oil-producing nation, it does contribute to the distribution of oil.

The commercial mortgage-backed securities (CMBS) market has also shown signs of life with new securitizations totaling $11.6 billion in 2010, a three-fold increase compared with 2009.

With the gradual improvement in financial conditions and less stress in financial institutions, we expect that lenders will increase their risk appetite and be willing to extend more credit in the commercial real estate sector.

The upward trend in the CMBS market should continue, and new securitization volume could reach $40 billion to $50 billion in 2011. However, this amount is still a fraction of $230 billion issued in 2007, the peak of the last real estate boom.

9. Loan maturities — Maturing commercial real estate debt remains a daunting challenge facing the industry. Over $1.1 trillion of debt is scheduled to mature from 2011 through 2014. Many portfolios and assets are in dire need of equity to recapitalize, creating pressure on the part of owners to sell, likely at distressed pricing.

However, as a result of “pretend and extend” practices by lenders, we have not seen many distressed sales. It is estimated that approximately $400 billion of new equity is needed for recapitalization. We believe that most lenders are under little pressure to foreclose and take mark-to-market losses. Thus, they will likely wait for improved market conditions to unload assets from their books.

We expect the deleveraging process will continue to be more or less orderly throughout the remainder of 2011, quite a different scenario from the market clearing made possible by the Resolution Trust Corp. in the early 1990s.

10. Real Estate fundamentals — 2010 was a transition year for commercial real estate with vacancy rates of all property sectors bottoming. Corporate tenants are taking advantage of lower rents to “right-size” or consolidate their space. As a result, leasing activity has surged over the past three quarters.

Nonetheless, large shadow inventory still remains a challenge, especially in the office sector. In this past downturn, many big companies went through large-scale layoffs without shedding significant spare space. The pace of occupancy recovery could be moderate as a result.

We believe that the commercial real estate recovery will largely depend on the strength of the labor market. While we are optimistic about the outlook for the industry in 2011, the recovery in net operating income (NOI) could be slow over the next 12 to 18 months, except for the apartment sector, which will likely continue to experience strong NOI growth.

Overall, we believe that we are in the early stage of the next real estate up cycle. In 2010, the global search for yield put rapid downward movement on the cap rates of institutional-quality properties in primary markets.

With improving fundamentals, we believe the commercial real estate market will attract significantly more investor interest and new capital. Investment activities will likely expand beyond the traditional core into the lesser-quality assets and secondary markets in 2011.