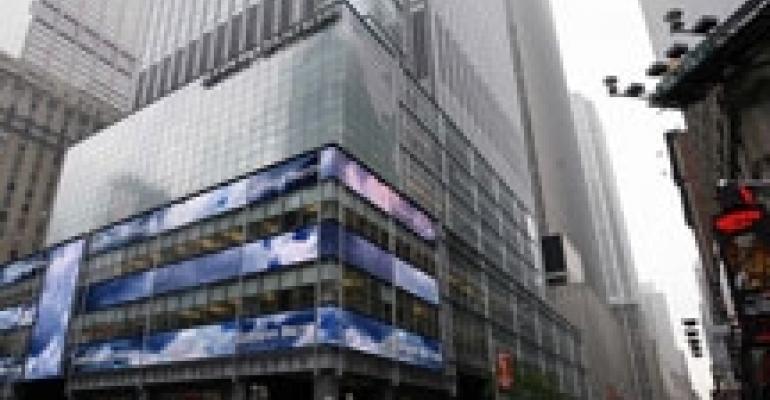 Despite Rescue Bailout, Institutions Wait on the Sidelines

Thanks to a continued disconnect between sellers’ asking prices and how much buyers are willing to spend, institutional investors remain largely out of the commercial property market when it comes to doing new deals.

For more than a year, transaction volume, particularly in the office sector, has been stuck in a bid/ask logjam. Closed sales of downtown and suburban office properties year-to-date through August fell by 70% from a year ago, according to New York-based research firm Real Capital Analytics.

“For institutional investors, even if you’re an all-cash buyer you’re probably going to want to remain on the sidelines because the conventional wisdom is that we still have a ways to go before we bottom out on the pricing in the industry,” says Steve Pumper, executive managing director of Transwestern’s investment services group in Dallas. “There is still a bid/ask spread and people are going to hold off.”

One glimmer of hope is the latest Congressional action, which has institutional investors learning a whole new set of acronyms when it comes to commercial real estate investing. Thanks to the new Emergency Economic Stabilization Act of 2008 (EESA) signed into law on Friday, Oct. 3, the Troubled Asset Relief Program (TARP) is quickly gearing up to buy billions of dollars in toxic assets from financial institutions to help unfreeze the credit markets.

While the legislation is designed to prop up strained balance sheets of Wall Street investment banks and Main Street commercial banks alike, many industry observers believe the legislation will do little in the short term to quell continued tight credit issues and stem falling property values.

“When I made a prediction earlier this year that the values would fall by as much as 30%, people thought I was off-base,” said Mike Kirby, director of research for Green Street Advisors. “The latest predictions are more than this.” Kirby made his point during a panel discussion at last month’s annual Pension Real Estate Association conference.

Ray Torto, global chief economist with CB Richard Ellis, notes that the government rescue plan is no immediate cure. “We expect short-term pain for the commercial real estate market as well as the economy,” says Torto. “While prices on the secondary market for CMBS are destined to rise from their current levels, a successful Treasury intervention will clearly not reverse the decline in commercial real estate equity prices.”

How severe is the current crisis? A recent survey of industry senior executives by law firm DLA Piper in Chicago indicates that it already has had a greater impact on the commercial real estate markets than the Savings & Loan crisis in the late 1980s and early 1990s. A majority of respondents (80%) noted that the bottom of the present cycle has not been reached, and 90% described themselves as “bearish.”

Recently the $15.1 billion Alaska Retirement Management Board voted to stop allocating new capital to real estate in fiscal 2009, which started July 1. The pension fund has already exceeded its targeted allocation of 10% for the asset class by 2.5%. “The real estate investment market is going through some difficult times now,” says state investment officer Steve Sikes.

Speaking at the DLA Piper Global Real Estate Summit 2008 in Chicago late last month, Sam Zell, chairman of Equity Group Investments, said that bargains would be available for those with the money and the aptitude. He specifically cited London-based Barclays PLC’s purchase of some of Lehman Brothers real estate assets, including its 1.1 million sq. ft. world headquarters in New York for an estimated $1.75 billion.

“I suggest somebody’s going to make a lot of money buying Lehman’s assets,” said Zell. “Do I think it’s going to have any impact on the real estate market? No. My guess is that yes it will be an auction, although less competitive than in the past because there is less appetite for real estate risk, which I think means the dissemination of the Lehman portfolio is likely to be a positive event for the buyers.”

As for institutional players, including pension funds, he does not expect them to lead a wave of investors into the next round of funding. “There are no heroes in the pension fund world. The definition of a hero is a guy who allocates 6% instead of 5% to real estate. And that’s taking a risk, okay? Basically I think the concept of X% in real estate, X% in bonds, X% in alternative is not going to change one iota,” said Zell.