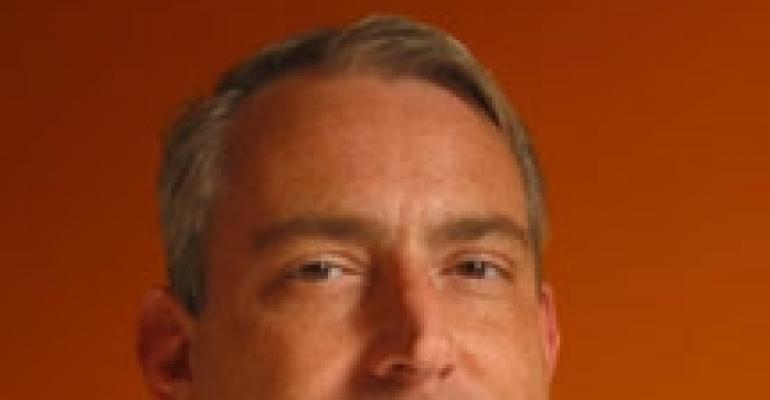 Over the past few years, New York-based Real Capital Analytics (RCA) has made a name for itself as a leading research organization tracking commercial real estate transaction trends and volume. Thanks to a series of monthly and quarterly reports, the company, founded in 2000, analyzes data it collects on single-asset and portfolio sales of $2.5 million and higher in the U.S. and $10 million and up internationally in the office, apartment, industrial, retail and hotel sectors.

In early 2008, its founder and president, Robert White, expanded the firm’s reach to include analysis of global capital trends. RCA now has offices in New York, San Jose, The Hague and London.

NREI caught up with White to gauge the short-term outlook for U.S. investment sales and what investment trends are likely to occur.

NREI: With 2008 quickly coming to a close, how is U.S. transaction volume shaping up for the fourth quarter?

White: Dismal. It really is. There are very few significant deals in contract. It seems like everybody has packed it in for the year after the events of September [when Lehman Brothers filed for bankruptcy], whether they are lenders or buyers. Even the banks aren’t very actively selling their distressed mortgages. For a while they were hoping that the Troubled Asset Relief Program (TARP) would come in and bail them out. There haven’t been very many distressed sales yet, and that is all just starting to work its way through the foreclosure process as we speak.

Just in the past few days I have seen a few fairly significant portfolios that have traded, all of which included a seller that was under some type of financial duress. The portfolios are not huge deals, but there is some activity and they are probably the first portfolios of any size that we’ve seen traded since September.

NREI: Is that because of the continuing tight credit markets and wide bid-ask gap?

White: The bid-ask spread was definitely the issue this past spring and right up until September. The lack of financing has been with us since August 2007. Most recently, with the whole financial system meltdown and the official declaration by the National Bureau of Economic Research that we’ve been in a recession for a year, buyers know the market is in the middle of re-pricing again. There haven’t been enough trades really to quantify how big of a bid-ask spread there is, but everyone knows pricing is going lower.

Everybody’s worried about how bad and deep this recession may be, and they’re looking for a little more clarity on that front. The economic outlook after this past September has become so clouded that investors really don’t want to buy when prices could be moving down even further. They’re waiting for some consistently positive news.

NREI: What property types are fetching top dollar in this environment?

White: Apartments are doing better than the rest. It’s still the same story — the government-sponsored enterprises Fannie Mae and Freddie Mac are providing some liquidity, although there is still a question as to how long that may continue. There is still dislocation in the housing market, and people simply aren’t buying new houses. So, apartment occupancy is getting a lift in some markets. Still, buyers everywhere are waiting to see what will be the level of distress, especially in the fractured condominium market. Those troubled condo deals may add more units to the rental market and compete with traditional apartment units.

In the office sector, medical office has proven to be a much greater performer than general office properties. The retail sector — shopping centers, grocery-anchored strips, big-box centers, unanchored centers — all of them are some of the least attractive assets in today’s marketplace. The industrial sector is experiencing very little activity. That downturn is somewhat tied to the retail sector. Industrial’s prospects are slightly lower than office, and only slightly higher than retail.

The one commercial niche for which cap rates have not moved as much as other property types is freestanding retail, such as the CVS and Walgreens stores. Those assets seem to be trading still fairly well.

NREI: Are investors pursuing a flight to quality strategy in primary markets?

White: We continue to see signs of that trend, but again there hasn’t been a significant office sale here in Manhattan in a while or even in Washington, D.C. The major markets are slightly more liquid, prices have not dropped as significantly as most secondary and tertiary markets.

NREI: When there is an uptick in activity, what investor group will be the first to step off the sidelines?

White: Right now all types of investors, whatever their capital source or investment strategies, are shell-shocked and on the sidelines. There are a few equity funds that are buying, but all of this new capital that’s been raised and being raised to buy distressed assets, very little of that has been placed yet. And you would expect that to be the first capital to act as we near the bottom, or find ourselves on our way up from the bottom.

Institutions, pension funds and insurance companies may be some of the last to the party. It’s not because they don’t want to, but rather because they can’t. The “denominator effect” is very real and was already squeezing institutions before September. Now, the denominator effect is just crushing them. This happened in the last cycle, too. By the time institutional investors were able to increase their allocations, and portfolio values had rebounded, we were well into the up cycle.

NREI: You recently moved to a more global model for your analysis. Why is that, and are there global sources that we haven’t tapped into yet?

White: Quite frankly it was the move by our domestic clients to diversify internationally that propelled us into the global markets. What we have found is that there is still a lot of interest from foreign investors in the U.S. real estate markets. They are definitely tracking it very closely, and in fact his past spring and up until September there was a fairly significant flurry of foreign acquisitions here in the U.S. That was a little bit more of a commentary on the dollar bottoming out rather than the prospects for the real estate markets, but it came from a number of sources.

As bad as we think our real estate values and property fundamentals are here in the U.S., compared with many other markets globally it doesn’t look so bad. The U.S. is still a fairly attractive prospect for many investors. London is terrible, Spain is in bad shape and Tokyo is having its issues. The emerging markets suddenly are not so attractive now that you can get decent returns in a safe place like the U.S. I absolutely do think that foreign capital is going to be part of the fray when the buyers return. I don’t think too many of them will be at the leading edge.

NREI: When this economic and financial crisis is behind us in a year or two, how will we reflect on what’s happening now?

White: I think we will look back to the fall of 2008 as probably one of the bleakest periods that we’ve seen. Matters look the darkest now, and in hindsight we’ll have the statistics and trend lines to show that this was the worst period of the downturn. Whether it’s distressed-driven deals or something else, some activity will start brewing in 2009. Slowly, we’ll understand the depth of this recession and what all of this deleveraging means. We’ll cope with the situation and get back to business. I can’t imagine the crisis getting any worse than it is now. If you have cash to buy, then you’re in a good place.