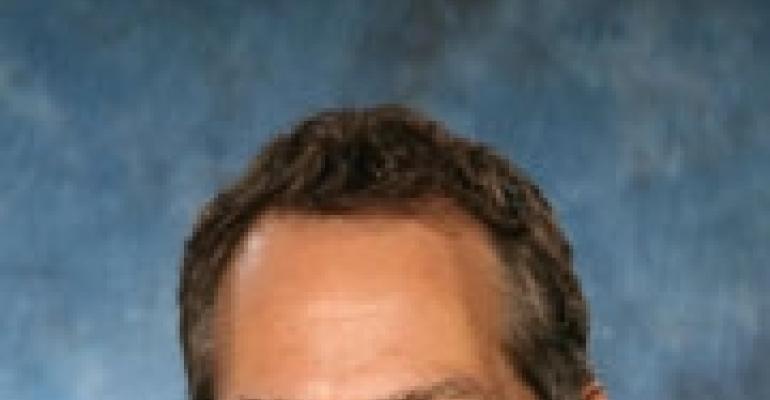 Born out of a liquidity crisis in the early 1990s, the commercial mortgage-backed securities (CMBS) model was never refined to accommodate the huge growth in securitized financing that would ultimately occur over a 15-year bull run. Thus, the stage was set early on for today’s widespread problems.

So says Ethan Penner, considered by many to be the inventor of modern-day CMBS and now president of CBRE Capital Partners.

At the peak of the CMBS market in 2007 “we were driving around at warp speed in a Ford Edsel,” says Penner. “It just wasn’t going to work out well. We ran into a wall, and we learned there are some real problems with the CMBS structure.”

Penner experienced a meteoric rise of his own at Nomura Securities Co. in the mid-1990s before his sudden departure in 1998 amid a spreading Asian financial crisis.

More than 250 industry professionals gathered for the event on the 35th floor of the 1075 Peachtree St. office tower, part of the 12th and Midtown mixed-use development.

What began as a $10 billion business in the early 1990s reached its zenith with approximately $230 billion of new U.S. CMBS issuance in 2007 alone, according to Penner. But too much reliance on the credit rating agencies over a period of years led to complacency and a gradual erosion of credit underwriting.

The combination of lax underwriting and a weak economy are evident in today’s troubled performance of many securitized commercial real loans. According to Trepp LLC, in December 2009 the loan delinquency rate for the U.S. CMBS market was 6.07%, an all-time high.

“Complacency set in because we were in a bull market, and over the years there were very few loan losses. People just started trusting the system, essentially delegating their responsibility for credit underwriting to a couple of kids at Standard & Poor's and Moody’s. That was a fundamental mistake,” says Penner.

When he started in the CMBS world in the early 1990s, Penner says the credit rating agencies did not play a big factor. “If I went to sell a bond, even if it was a AAA-rated bond, I would have to do a road show. I would have a PowerPoint presentation, and I would bring my guys with me who underwrote the loans.”

Prospective buyers of the bonds, even the AAA-rated bonds, were the insurance companies and money managers, Penner recalls. “And they would ask very probing questions about every property.”

In addition to overreliance on rating agencies, another problem plaguing the CMBS market is the inherent conflict between the bondholders of various bond classes, says Penner. In short, they each have different risk positions and different goals.

Bondholders of the junior classes of CMBS, which are on the hook for losses if the loan becomes distressed, are inclined to grant forbearance to a financially troubled borrower because they have nothing to lose by waiting out the situation. (Forbearance is the postponement of foreclosure, granting the borrower more time to get back on track with loan repayments).

But investors holding the top-rated tranches of CMBS view the situation much differently. If the asset sells for 60 cents on the dollar, that’s fine with them, says Penner. “They get all their money back. It wipes out everybody else, but they’re safe. They can reinvest that money in today’s market, probably at a better rate than it can get sitting around in that dead asset.”

Will the CMBS market return to prominence again? “I think it will recover to a certain extent. We will see capital markets participation in real estate finance, but it won’t be what it was in the past,” Penner emphasizes. “It will have to be completely reformatted and address some of the concerns I mention.”

One crucial fix to the CMBS model that is needed, explains Penner, is a requirement that loan originators keep a retained interest in the deal, otherwise known as the skin-in-the-game clause.

“If I make a 10-year loan and there is no profit upfront, I had better make a good loan,” says Penner. “And I better hang out for most of the next 10 years, so that I can get paid for doing my job well. Then you will see discipline in lending.”

“The desire to get a real estate return in the high teens or 20% is piggish. It’s unrealistic,” insists Penner. “For investment managers to reach that kind of yield, they have to take undue risks, mostly in the form of extraordinarily high leverage, or development with crazy pro forma numbers.”

To put the issue in perspective, the 10-year Treasury yield is hovering around 3.75%, which is low by historical standards. Meanwhile, in the corporate bond world Triple C-minus junk bonds are yielding only 9.5%. Such a low rating is reserved for companies likely headed for bankruptcy.

Part of that push for higher yields in commercial real estate is coming from pension funds, which need an average return of about 7% across their investment portfolios to fund their liabilities, says Penner.

If high quality, fixed-income instruments are yielding between 2% and 5% and Treasury yields range from 2% to 4%, that puts pressure on commercial real estate investments to generate higher returns.

“To a certain extent, the real estate industry was done a disservice because the RTC (Resolution Trust Corp.) prices created fantastic return opportunities,” says Penner, recalling the period of the early 1990s in the wake of the S&L crisis. “Nobody thought of real estate as a business with an internal rate of return of 15% to 20% until the RTC.”

Penner was not pleased with the federal government’s decision just over a year ago to bail out the nation’s biggest banks under the Troubled Asset Relief Program (TARP) at the height of the financial crisis, and he has some harsh words for regulators.

“This is scandalous and a disgrace for everyone who was in the banking regulatory industry over the past decade that they allowed things to get to where they are. Essentially we are all prisoners of these four or five big institutions that control some 70% of the deposits in this country,” says Penner.

The U.S. should have gained a valuable lesson from Japan, Penner believes. In the 1990s, the Japanese government chose not to put a handful of its biggest and most financially troubled banks out of business. “They believed that the strength of their big six or seven banks were the strength of Japan and the economy. They created forbearance for which they are still paying a gigantic economic price.”

History shows that it wasn’t until 2003 that the Japanese government forced the banks to declare their bad debts.

The reality is that there are no easy answers to today’s complex problems facing the U.S. banking industry, says Brian Olasov, managing director of law firm McKenna Long & Aldridge, who was in attendance Tuesday morning.

"It's easy to take a hard ideological stand supporting or resisting government activism. We've tried both government intervention with AIG and Bear Stearns and laissez-faire with Lehman Brothers,” explains Olasov. “Almost a year and a half later, we're still living with the fallout from Lehman. Unfortunately, there are no one-size-fits-all solutions."