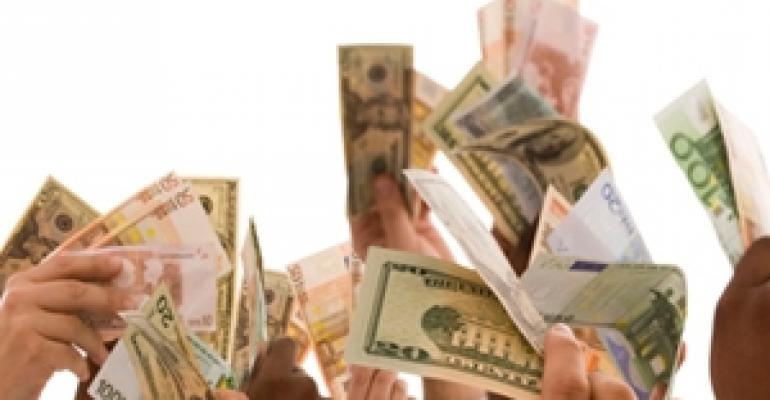 The fourth quarter of 2012 is shaping up to be an extremely strong period for retail investment sales, with overall transaction volume looking to overtake last year’s levels by a mile.

In October, sales of significant retail properties rose 10 percent year-over-year, to $4 billion, according to Real Capital Analytics (RCA), a New York City-based research firm. Year-to-date, retail investment sales volume is up 7 percent compared to 2011, at $38.4 billion. If last year’s large entity-level transactions such as Blackstone’s purchase of Centro’s U.S. portfolio are taking out of the equation, year-to-date sales volume is up 31 percent.

“We are at very healthy [sales] levels and anything that says ‘institutional grade’ with credit tenants is selling very quickly at good prices,” says Dan Fasulo, managing director with RCA. “This cycle could have gone a bunch of different ways, and in many respects, owners are fortunate that values have recovered so quickly.”

In fact, the relative lack of distress in the retail sector has led to investors pursuing more trades involving both well-occupied malls and class-B and class-C centers where occupancies might be below 90 percent, according to Ryan McCullough, real estate economist with the CoStar Group, a Washington, D.C.-based research firm. He notes that the lower price point on the latter transactions may bring down overall sales volume in dollar figures, but the amount of square footage being traded has actually gone up.

“We are starting to see a little more risk-taking,” McCullough says.

Investment sales brokers confirm they are seeing very high levels of activity in the fourth quarter. For example, Bill Rose, director of the national retail group with Marcus & Millichap Real Estate Investment Services, reports that for his firm year-to-date sales volume is up 38 percent over 2011. Marcus & Millichap, which also tracks market-wide sales of retail properties valued at $1 million and more, estimates that for the industry year-to-date retail investment sales volume totals $70 billion, a 30 percent jump over last year (not counting entity-level transactions).

“Fourth quarter is looking outstanding for this industry,” Rose says. “It’s a combination of things: a)the Fed has engaged in quantitative easing for quite some time now and b) real estate is proving to be the favorable investment vehicle over bonds or equities.”

Nickolas Coo, senior managing director with Faris Lee Investments, an Irvine, Calif.-based retail advisory and brokerage firm, estimates that for his team fourth quarter deal activity has gone up more than 50 percent compared to the prior three quarters of this year. In addition to low interest rates, concerns about the economy and the political outlook for 2013 have made investors more anxious to put their capital to work before the end of the year.

In terms of the wider marketplace, Coo projects that this year’s retail investment sales volume might overtake last year’s levels by somewhere between 40 and 50 percent.