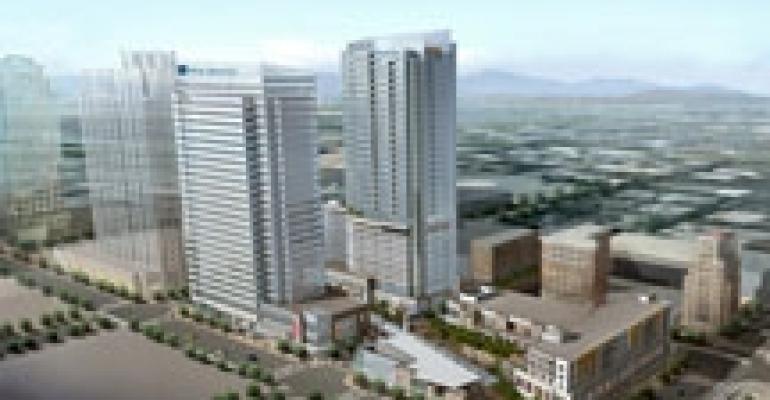 Pension funds are caught in a pickle as real estate values drop amid the current credit crunch. While these institutional giants face increasing pressure from beneficiaries to stem the flow of billions of dollars of losses on their real estate and stock investments, many cash-starved private equity firms are turning to pension funds for additional capital to help keep their highly leveraged real estate investments afloat.

To help offset their losses and to maintain their diversified portfolios, an increasing number of large pension funds are plowing their cash into contrarian property plays in the hopes of generating higher returns.

During its October investment committee meeting, the California Public Employees’ Retirement System, the nation’s largest public pension fund with $189 billion in assets under management, voted to dedicate $400 million to a hotel investment fund called Starwood Capital Hospitality Fund II. Despite the increasing strain on hotel fundamentals due to a contracting U.S. economy, Starwood hopes to raise $3 billion, investing one-third of the capital in the U.S. and the rest in global markets, including China and Asia.

The Ohio Public Employees’ Retirement System, with $76 billion in total assets under management, recently redirected funds it had earmarked for core, or well-stabilized real estate properties earlier this year toward more opportunistic plays. The Ohio pension fund hopes to snap up distressed assets at discounted prices in the next few months.

Even in the face of falling retail sales, several funds are pursuing investments in major retail real estate companies. The Dallas Police and Fire Pension System recently placed $200 million with Phoenix-based retail developer RED Development. Among RED’s investment targets are Phoenix, Kansas City and Denver. The funds will be deployed into existing RED projects as well as future developments. RED develops, manages, leases and owns shopping centers in the Midwest and Southwest.

“We are aware that retail properties will be affected by where the economy is now,” said Richard Tettamant, administrator for the Dallas Police and Fire Pension System. “But we think there could be some good investment opportunities going forward.”

New York-based DRA Advisors, which invests through a series of commingled funds with equity from pension funds and private investors, is in the final stages of purchasing nearly $1 billion in retail properties from Cleveland-based Developers Diversified Realty Corp., a retail real estate investment trust (REIT). DDR needs to sell some $1.5 billion in retail properties to pay off debt maturities coming due by the end of 2010.

Elsewhere, the Pennsylvania Public School Employees’ Retirement System is moving up the risk curve by investing more than $275 million in European and Asian real estate opportunities. That figure includes up to $73 million to acquire non-conforming commercial and residential mortgages in Germany, the United Kingdom, Spain and Portugal through Apollo European Principal Finance Fund.

The balance of the money is targeting Asian real estate through Carlyle Group’s Asia Real Estate Partners II opportunity fund. The Pennsylvania System is the 14th-largest defined benefit pension fund in the nation with nearly $63 billion in total assets under management.

On a smaller but still decidedly risky scale, the Los Angeles City Employees’ Retirement System (LACERS) is allocating $25 million to a commingled fund to invest in publicly traded REIT stocks. This move comes at a time when many REIT stocks are getting hammered. Other institutional partners in the fund include the Fort Worth Employees Retirement Fund, Policemen’s Annuity and Benefit Fund of Chicago, City of Oviedo (Florida) Police Officers Retirement Fund and the City of Delray Beach (Florida) Police and Firefighters.

LACERS is pumping another $20 million into Paladin Latin American Realty Investors III, a dedicated Latin American fund that will invest in commercial properties in the emerging markets of Mexico, Brazil and Chile. The Los Angeles fund has about $11 billion in total assets under management.