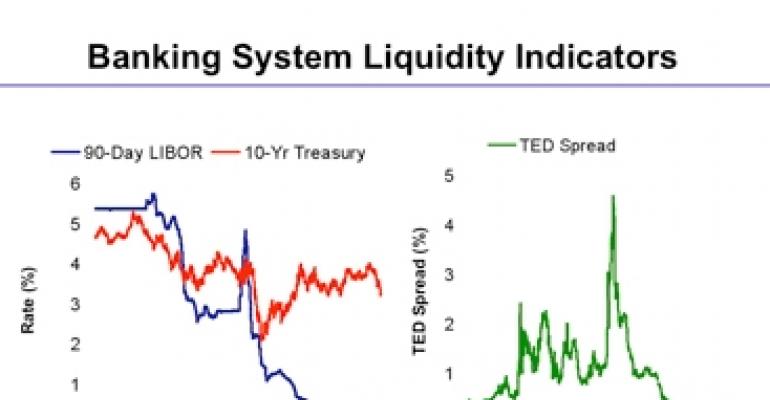 On the surface, the debt crisis in Greece sounds like much ado about nothing in terms of its potential impact on the U.S. commercial real estate investment market. While Greece’s budget deficit in 2009 was 13.6% of gross domestic product — higher than the 12.7% initially reported by Eurostat — the country accounts for just 2.6% of the euro zone’s total GDP.

In fact, the size of Greece’s economy is about the same as North Carolina’s. The highest-risk euro zone countries of Portugal, Ireland, Italy, Greece, Spain account for just 3% of U.S. exports. What’s more, U.S. banks’ exposure to these countries accounts for just 8% of total foreign debt.

So why then is there so much concern about what’s happening across the pond in the euro zone? In a word: contagion.

The Greek debt crisis is somewhat analogous to the subprime lending market, which accounted for just 11% of the U.S. residential mortgage market at the time of its implosion a few years ago.

The deeply negative impact that the subprime lending crisis has had on the U.S. economy and the credit markets hasn’t been lost on Hessam Nadji, managing director of research services for Marcus & Millichap Real Estate Investment Services. “The word ‘just’ has a whole new meaning in a global economy with the threat of contagion. So, we need to take this very seriously.”

Nadji’s insights on the euro zone’s debt crisis came during a presentation at the Renaissance Hotel in Las Vegas last Monday, May 24, as part of “Retail Trends 2010”. Sponsored by Marcus & Millichap and held in conjunction with the International Council of Shopping Centers’ RECon 2010 convention, the presentation attracted more than 500 industry professionals.

Upside of a downgrade
In late April, Standard & Poor's downgraded Greece's credit rating to junk status. And yet every cloud has a silver lining. Growing concerns about government debts in Europe have weakened the euro against the dollar and led to lower mortgage rates for Americans as investors flock to U.S. Treasuries as a safe haven.

The average U.S. rate for a 30-year fixed mortgage fell to 4.78% for the week that ended Thursday, May 27, according to Freddie Mac, down from 4.84% the previous week.

While he believes that the European Union’s approval of a $1 trillion-dollar package to stabilize the euro is a step in the right direction, Nadji emphasizes “that what they haven’t come up with is something that the system definitely needs, and that is certainty.” In recent weeks, the 90-day London Interbank Offered Rate (LIBOR), the rate banks pay for three-month loans, has begun to tick up (see chart).

“The banks don’t know if they can trust each other,” says Nadji. “If this gets worse and spreads, then financing in the U.S. and the banking situation in the U.S. can go backwards, and that will affect all of us without question.”

The optimal solution would be for the European Union to take a page out of the U.S. government’s playbook used during the peak of the financial crisis in late 2008 and early 2009, Nadi suggests.

“If the EU would step up, as the FDIC and the Treasury did during our crisis, and guarantee the debt of the banks, we would be one step closer to a resolution. But one way or another, this requires more government intervention unfortunately.”

While the Greek debt crisis may not snowball into a Lehman Brothers II, concludes Nadji, it has the potential to result in a serious setback for the global economic recovery.