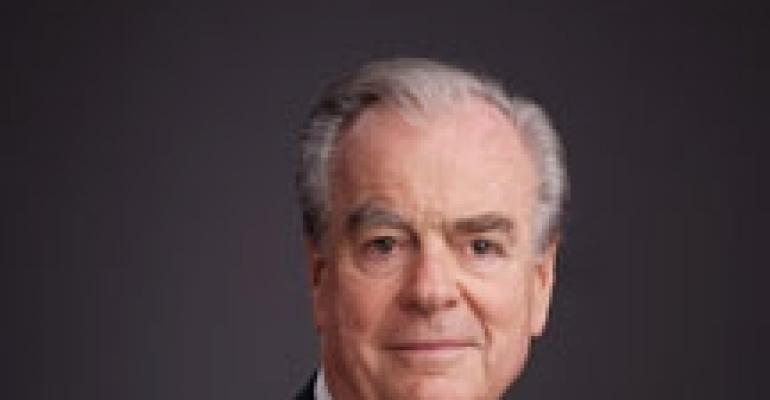 Harold Ellis, a leading industry figure and co-founder of Santa Ana, Calif.-based brokerage Grubb & Ellis, has passed away at the age of 77 after battling cancer.

Under his leadership, Grubb & Ellis grew into one of the largest real estate services firms in the country, which ranked No. 13 on National Real Estate Investor’s brokerage survey with $22.3 billion in investment sales and leasing transaction for 2007. He was CEO of the firm, which was founded in 1958, until 1992.

“When you think about the variety of industry leaders out there, Hal really stands out because of a combination of his business vision and his incredible connection with people,” commented Hessam Nadji, managing director for research with Encino, Calif.-based real estate services firm Marcus & Milichap. Nadji began his research career at Grubb & Ellis in 1986 when Ellis was at the helm of the company. He recalls that Ellis was most receptive to his ideas, even though Nadji was only an entry-level research employee.

“His vision was for a much more sophisticated, much more service-oriented kind of brokerage industry,” says Nadji. “He really did a great job of bringing that vision to life at Grubb & Ellis.”

After a disagreement with the company’s board of directors during the real estate downturn of the 1990s, Ellis left the company and, together with two of his children, launched Ellis Partners, a commercial real estate investment and development firm, in 1993.

Gordon Hess, a principal with Ellis Partners notes, “The kinds of things he spearheaded and implemented at Grubb & Ellis became part of the industry standards.”

In keeping with his visionary outlook, Ellis was also a leader in the redevelopment of Oakland, Calif. Currently, Ellis Partners is redeveloping Jack London Square in Downtown Oakland into a mixed-use property that includes a 70,000 sq. ft. of retail space and 100,000 sq. ft. of office space.

Gary Hunt, interim CEO of Grubb & Ellis states, “We were thrilled to have Hal participate in Grubb & Ellis’ 50th anniversary celebration last year, where his warmth, humor and intelligence were on full display. We honor his accomplishments and mourn his passing. His memory will be an inspiration to us all.”

Ellis also has served as a director of Koll Real Estate Group, two public real estate investment trusts, and a Canadian development company. He was active in a number of industry and business organizations, including the National Association of Industrial and Office Properties.

A graduate of the University of California, Berkeley, and Stanford’s Graduate School of Business, Ellis also held a Counselor of Real Estate designation.

After he was diagnosed with cancer, Ellis founded the Melanoma Therapeutics Foundation, a non-profit tasked with providing support to patients, researchers, physicians and to help advance new treatments for melanoma.