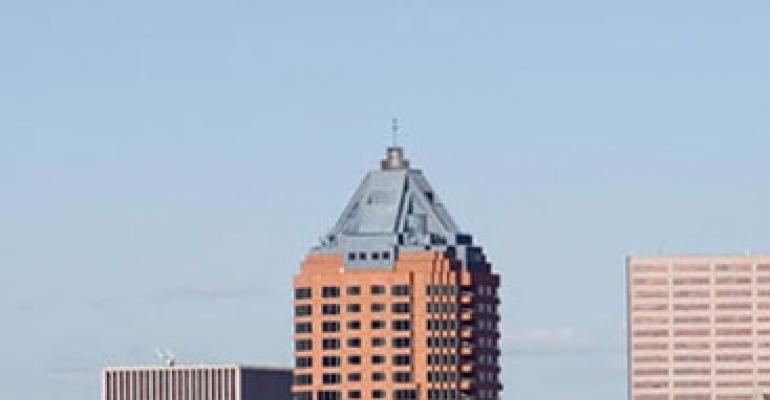 It has been a cruel summer for several of the nation’s largest and most respected institutional investors when it comes to the commercial real estate market. A combination of rising loan defaults, deteriorating property fundamentals and the long-term prospect of higher interest rates in the wake of massive fiscal and monetary stimulus is testing their fortitude.

In August, Tishman Speyer Properties defaulted on loans associated with the acquisition of 28 Washington, D.C.-area office buildings for $2.8 billion from the Blackstone Group in 2006. Blackstone sold the portfolio to Tishman at the height of the market, the same month it purchased CarrAmerica, the portfolio’s previous owner. Tishman also owns Rockefeller Center and the Chrysler Building in New York and controls assets worth an estimated $35 billion.

Also in August, the California Public Employees’ Retirement System, or CalPERS, the nation’s largest pension fund, defaulted on a $70 million mortgage note it signed in 2007 with partner CommonWealth Partners LLC on the KOIN Center, the tallest office tower in downtown Portland, Ore.

A receiver has been appointed for the property at the request of mortgage holder New York Life Insurance Co. The CalPERS-CommonWealth partnership purchased KOIN Center for $109 million in 2007.

In July, a partnership between CalPERS and Houston-based developer Hines defaulted on a $152 million mortgage secured by three office buildings in Emeryville, Calif., just across the bay from San Francisco. The buildings, totaling 814,000 sq. ft., are part of the 1.2 million sq. ft. Watergate office complex.

NOP Watergate LLC, the joint venture involved in the default, paid $335 million for the buildings and a separate restaurant in late 2006, at what most observers consider to be the height of the market. Now it is surrendering the property to the lender, Pacific National Bank.

CalPERS and other large institutional investors are not running out of cash, but they are cutting and running as property values have continued on a downward spiral. CalPERS controls real estate assets of $17.9 billion as of September 1, 2009, but saw the value of its real estate portfolio dive by 35.8% year over year in the latest reporting period ended March 31. That marks the largest value decline in the fund's history.

Not to be outdone, in late August, the California State Teachers’ Retirement System or CalSTRS, reported a huge loss on its real estate assets, with values declining 35% to $12.9 billion in the 12 months ended March 31, 2009, the latest reporting period available.

Flagging valuations largely stem from a dearth of property sales, but compounding the problem is a deterioration of property fundamentals. More office tenants are taking a wait-and-see approach to their space needs and many are downsizing, forcing vacancy rates higher and rental rates lower.

For now, things are likely to get worse for institutions before they get much better. “Given where we are in the cycle, this could mean deteriorating fundamentals for another 12 to 18 months,” says Victor Calanog, director of research at Reis in New York.

According to Sam Chandan, president and chief economist with researcher Real Estate Econometrics, more than $200 billion of commercial mortgages are maturing before the end of 2009. “We’re going to face a real challenge in keeping delinquency and default rates for commercial mortgages down and making sure that it doesn’t impact the performance of the financial services sector,” says Chandan.

The potential for default, however, is widespread. “If you took every property in the market right now that has leverage on it and marked it down by 60% or 65%, almost every office property borrower in this country who leveraged their properties or bought a property between 2006 and 2008 is going to find themselves under water, and each of those mortgages faces the potential for default,” says Chandan.

Managing through increasing vacancies and lease rollover negotiations will be key. And institutions may turn to service providers to help them through the coming mess. “We’re pursuing a lot of property management business,” says Steven Pumper, executive managing director with Transwestern in Dallas.

Institutional owners have another worry on their hands, inflation. Many observers see higher inflation as a distinct possibility over the next few years, and while a little inflation helps prop up valuations and revenue, too much could put further pressure on financing.

“Higher inflation also implies higher interest rates on mortgages that are renewed,” says Chandan. “If interest rates are higher, then the fundamental problem that we have in commercial real estate right now actually becomes a more challenging one.”

If owners are hoping for any easing in credit standards ahead, they aren’t likely to get it. According to the Federal Reserve’s latest survey of senior loan officers at major banks, lending standards will remain tight until at least the second half of 2010.

Plus, New York rating agency Fitch says that troubled commercial real estate loans are dragging down the health of the nation’s banks. “The performance metrics of commercial real estate (CRE), an area with a significant risk exposure for the majority of Fitch's U.S. bank universe, continues to deteriorate at an unprecedented pace,” noted a recent report.

Defaults on loans structured as commercial mortgage-backed securities (CMBS) are another worry. CMBS loan delinquencies breached 3% in July and are expected reach at least 5% by year’s end, according to Fitch.

Expectations for returns on investments will need to be scaled back to historical averages, and holding periods will likely increase, says Calanog. “Cash flow and its fundamental determinants, once the hallmark of commercial real estate returns, will once again become a larger portion of total returns.

In short, the future is likely to look like the past, but not the recent past, adds Calanog. “With capitalization rates, underwriting criteria, and lending standards all trending back toward historical mean levels, the second decade of the 21st century may look more like the 1990s and less like the 2000s.”