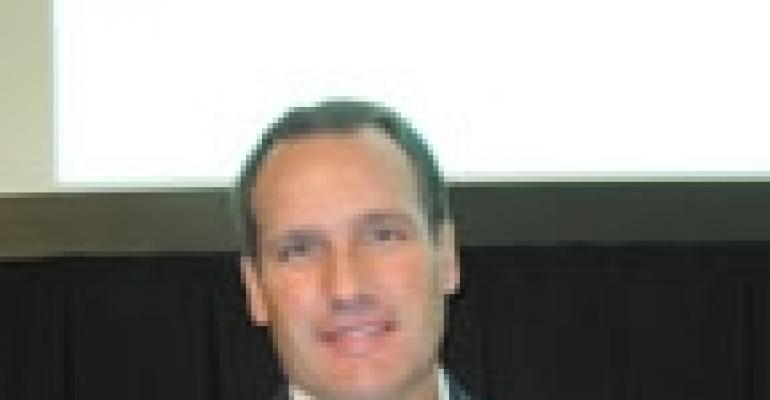 At the peak of the retail boom, before recession set in late in 2007, The Home Depot was opening about 200 home improvement stores per year, or roughly one store every 41 hours. Not anymore. This year, the retailer is opening just a single store in the U.S., and five in Mexico.

“We were extremely busy driving growth,” before the recession hit, says Mike LaFerle, vice president of real estate at Atlanta-based retail giant Home Depot. However, the company, like many other retailers, shifted its strategy as consumer demand waned amid a deluge of job losses. From December 2007 through early May 2010, more than 8.2 million jobs were lost in the United States. Home Depot’s total sales declined in 2009 by 7.2%.

“Though our sales have dropped from a high of about $80 billion in 2006, primarily because we divested a couple of non-core businesses, we’re still the largest home improvement retailer in the world,” says LaFerle. The stock price of Home Depot (NYSE: HD) closed up at $35.75 Tuesday, but slightly under its 52-week high of $37.03. The company will report first-quarter earnings on May 18.

The past couple of years have brought a transformation of the company’s real estate portfolio, LaFerle notes. “We’ve really been transitioning from a growth company to a value company.” For the corporate real estate group, that means changing the emphasis from deal-making and adding locations in new markets to squeezing profits from existing properties even as corporate revenues across the country are still shrinking.

Home Depot’s experience serves as a case study in retooling corporate real estate strategy at a time when many other national retailers, such as JCPenney, also have switched gears and trimmed their growth plans.

Four years ago, JCPenney’s corporate strategy was to open 50 new stores per year for five years, according to Tim Lyons, a spokesman for the Plano, Texas-based retailer. But the recession knocked the wind out of those plans. In 2008, JCPenney opened 36 stores. In 2009 it opened 17, and this year, it has opened two stores, bringing the chain’s total to 1,110 stores.

At Home Depot, executives decided to close its struggling EXPO Design Center stores, which provided more upscale products, including home furnishings, than the company’s traditional do-it-yourself stores. Home Depot now operates 2,245 stores, the bulk of them in the U.S., with others in Canada, Mexico, the Caribbean, and China. It has opened just one U.S. store, in Bethesda, Md., to date in 2010.

Across the country, the home improvement chain scrutinized its retail properties, which occupy a vast 235 million sq. ft., 89% of it owned by the company and the remainder leased. Executives realized that the volume of merchandise had changed at many stores built 15 or 20 years earlier. “We had some parking fields of 700 spaces, 600 spaces. Today we can generally get by with about 400 spaces,” per store, says LaFerle.

So Home Depot kicked off a program to wring more revenue from the stores. It offered unused parking space to other merchants, who would essentially carve out an acre or less to establish their own stores on ground formerly occupied by the parking lots.

The company persuaded officials in many cities that the plan would be beneficial, since it would eliminate barren lots and add businesses that could generate income for the merchants and potential revenue for the cities and towns. “We currently have about 175 properties under contract,” says LaFerle.

Home Depot property managers also are trimming costs through energy-saving measures such as relocating warehouses closer to stores. The new strategy allows them to conserve fuel. In addition, the company has instituted cost-effective procedures from adjusting lighting sources to installing automated programs to reduce electrical use when buildings are unoccupied.

The company has found gold in streamlining its distribution system and reconfiguring the way it transports and stores goods. “We have been rolling out a lot of industrial spaces to improve our industrial and distribution network. We’ve done 21 new distribution centers in the last two years,” says LaFerle.

To support its stores, the retailer relies on 108 industrial properties occupying 33 million sq. ft. Unlike the stores, however, all but a fraction of the industrial space is leased. In addition, Home Depot has about 4 million sq. ft. of office space, most of it in Atlanta.

As it built and redesigned distribution centers, Home Depot reduced store inventory and partnered with suppliers to market brand-name products and drive sales.

After years of high-octane store growth, scaling back hasn’t been easy for the corporate real estate department, says LaFerle.

“It’s been a new learning experience for our team. Everything we taught them in the past, since the inception of the company — ‘Go fast, get the stores open, pay a little extra money if you need to pay extra money to get the deals done’ — we had to completely turn them around.”

Now he tells the real estate team, “Go much slower. It’s all about productivity. Don’t pay the extra dollars. Make sure we’re extracting every potential profit dollar out of those stores.”