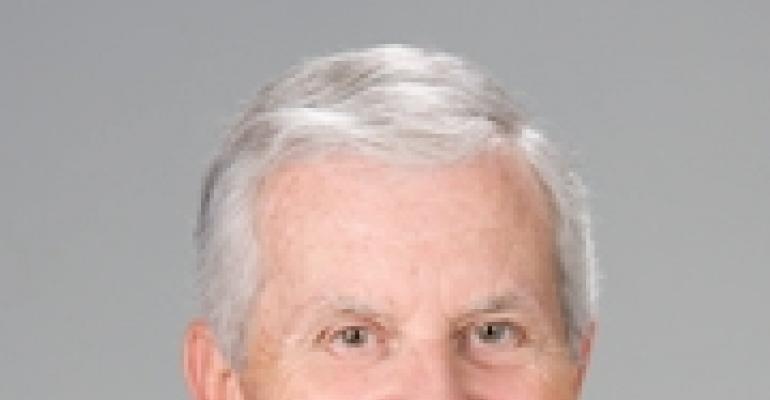 Growing from scratch to more than $4 billion in asset management volume is a lofty — and some would say totally unachievable — goal for any startup firm, especially in the present economic environment. But one group of commercial real estate veterans did just that in one year.

Thanks to a few well-timed announcements in early 2010, Trecap Partners, short for Tibbetts Real Estate Capital Partners, has seemingly come from nowhere. In reality, banking largely on its principals’ familiar names from decades past and a big acquisition, Trecap has become a leading contender to win more institutional investment management business in the months to come.

Three men and a truck

In the 1990s, Atlanta-based Equitable Real Estate Investment Management was a force of nature, the largest pension fund advisor and real estate investment manager of its day. The firm was built by three principals, Doug Tibbetts as CEO, Gary Sligar, who headed Compass Management, Equitable’s asset management arm, and Paul Klick, founder of EQ Services, another Equitable subsidiary and the largest mortgage servicer and asset manager for the Resolution Trust Corp.

Eventually in 1997, Equitable’s real estate operations were purchased by Australian-based Lend Lease for $400 million and later sold off in pieces. Tibbetts, Sligar and Klick settled in sunny Sarasota, Fla., starting their own local commercial development and management firm. By 2007, however, they were getting antsy to return to the national scene.

“We still weren’t ready to retire and we saw the perfect storm looming out there and decided to re-enter,” says Tibbetts.The trio formed Trecap Partners, with Tibbetts as CEO, Sligar as president and COO, and Klick as CFO. Sligar describes the team as resembling “three men and a truck,” but ready to tackle their next venture.

First they went looking for a national partner and came calling on Houston-based Transwestern in December 2008. By early 2009, they signed a strategic alliance with Transwestern. Essentially the deal gives Trecap an ability to source deals through Transwestern’s 26 offices across the U.S.

“We believe real estate is still a local business, and you have to have a presence in major markets to be highly successful,” says Tibbetts. They then spent most of 2009 looking for an investment management business to purchase, and they weren’t thinking small.

Another ex-Equitable teammate, Paul Dolinoy, led Trecap right to Capmark Investments, which grew out of the former GMAC Commercial Mortgage Corp., based in suburban Philadelphia. Dolinoy held senior executive positions with both Equitable and Lend Lease, and was an executive vice president at Capmark, which ran four investment funds with $4.3 billion in assets under management, including 129 apartment and commercial properties and 41 properties in Europe.

To close the deal, Trecap needed a capital partner to make it happen. That led them to the Hunt Cos., a privately held full-service real estate firm based in El Paso, Texas. Hunt and Trecap formed a joint venture in February 2010, with Hunt committing an undisclosed amount of capital as well as back-office functions to support Trecap’s growth.

In March 2010, after a year of negotiations, Trecap acquired Capmark and its 30 employees, including five based in a London office. “I’m very pleased that we kept our entire team together without any change in management to our funds or accounts,” says Fabiszewski, executive vice president and managing director at Trecap.

Trecap has $150 million in capital still to invest as a result of the Capmark acquisition, and McNamara says most of that capital will find its way into multifamily properties. Trecap also hopes to raise its first investment fund by the end of 2010.

“I am actively working with these guys to establish what the next funds ought to look like,” says McNamara. “We want to understand, crystal clear, what the investors want.”

Certainly one thing institutional investors don’t want is to rack up the kinds of losses they’ve sustained in the downturn. The nation’s largest pension fund, the California Public Employees’ Retirement System, saw the value of its $13.5 billion real estate portfolio fall by 50% in the year ended September 30, 2009.

“In recent years, assets were basically run from a tree-top level,” says Sligar. “Guess what? Now we need to get back to the asset level to understand how the properties behave in different environments. That’s what we did in the early 1990s. Our investment clients understand that, and they’re looking for people who have seen this movie before.”