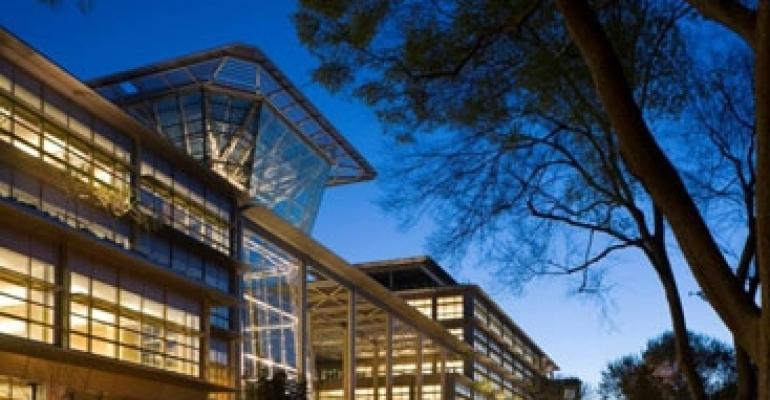 Institutions Once Bitten, But Not So Shy

Institutional investors are making big plans to invest more heavily in commercial properties in 2010, despite major write-downs that have left some portfolios worth half of their value since the market peak in 2007.

Leading the way as one of the pension fund bellwethers is the California Public Employees’ Retirement System (CalPERS), with $206 billion in total assets under management.

Its chief investment officer, Joseph Dear, says he is not afraid to jump back into the steaming cauldron that is the commercial real estate investment market, even after being badly burned in the last two years.

“Real estate has been tough for us, but opportunities are going to be developing and we’d like to take advantage of the distress in 2010,” says Dear.

Surprisingly, this statement comes after CalPERS’ real estate portfolio lost an astounding 50% of its value in the year ended Sept. 30, 2009, dropping to $13.5 billion.

“We took a huge hit in real estate,” admits Dear. “It’s a hugely painful lesson.” He also notes that there is lingering concern over the health of commercial real estate. “The fundamentals still aren’t good and there may be further write-downs, but our write-down in the portfolio was as realistic as we could possibly make it.”

The flaws of CalPERS’ previous investment strategy are well documented, including overly aggressive leverage and poor underwriting coupled with ill market timing. The fund’s board of directors has made moves to right its past mistakes. It recently fired several of its advisors and instituted strict new oversight guidelines on new investments, along with hiring Dear to lead the charge.

In the short term at least, Dear, who joined the fund in March 2009 fresh from his stint as executive director at the Washington State Investment Board, inherited a portfolio that is expected to rack up further losses.

Pension Consulting Alliance, the fund’s lead real estate advisor, predicts that the value of CalPERS’ real estate portfolio will continue to decline for at least the next 12 months.

Dear would not specify how much CalPERS might plow into real estate, but the fund could invest $6 billion in the sector, based on its target of 10% of total fund assets.

Jumping back into the fray seems logical to some. “It’s the only way to take advantage of a bad situation,” says Hessam Nadji, managing director of research services at Marcus & Millichap. “Having written [the portfolio] down, now it’s really important to write it back up. The only way to do that is to take a position in the market and make new investments.”

Among pension funds, CalPERS is not alone in returning to the real estate markets. In January 2010, the Ohio Public Employees Retirement System approved new commitments totaling $600 million into funds run by JP Morgan and UBS. These commitments follow previous investments of $200 million in the same funds in 2004 and 2007, respectively.

Meanwhile, the Teacher Retirement System of Texas and USAA Real Estate Co. have entered into a joint venture that plans to invest more than $300 million in commercial real estate across the country.

Making commitments is one thing, but finding deals is another, as competition has become fierce. Private equity players alone have amassed some $173 billion in dry powder waiting for the “right opportunities” in distressed assets or problem loans along with everyone else.

Still, Nadji believes institutional investors will be among the buyers at the front of the line. “We’re seeing them come out of defensive mode, come out of write-down mode and try to position the capital that’s been raised for more opportunistic investments going forward.”

Real estate investment trusts (REITs) also are aggressively scouting deals, after raising some $32 billion of equity and debt in 2009. “They are in an optimal position now that their stock prices have rebounded, and we’re seeing them bid a lot more on assets that we’re marketing versus six months ago,” says Nadji. “They’re in the hunt. They’re not coming in as the top or second buyer, but they’re becoming more aggressive.”

In the near term, core investments, including downtown office properties in established, stable markets like Washington, D.C. and New York, will likely be at the top of the institutional investors’ shopping lists.

“There already has been an increasing emphasis on the pursuit of core assets in major markets,” says Steve Pumper, executive managing director at Transwestern Commercial in Dallas. “This trend will continue to increase as core prices stabilize.”

Recent evidence suggests that price declines may have bottomed. The latest Moody’s/REAL commercial property index registered a 1.0% increase in property prices in November, the first in more than a year.