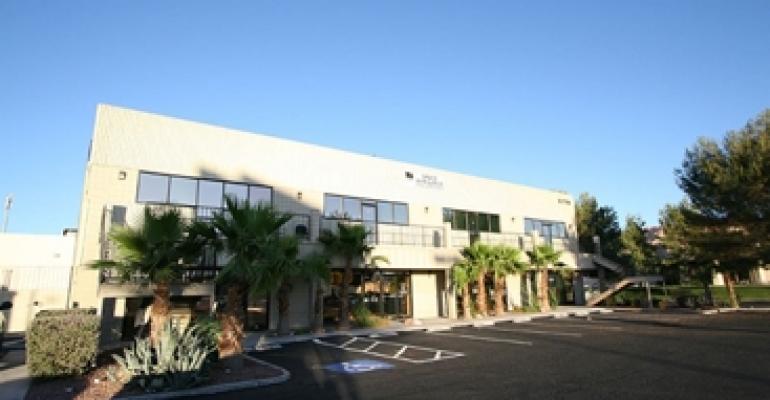 A Nevada real estate company’s strategy to stave off foreclosure may pave the way for other investors attempting to reorganize under Chapter 11 bankruptcy protection.

In the pivotal case, which is still unfolding, a U.S. bankruptcy court has allowed Whitton to pursue a bankruptcy and reorganization, even though most of the property owner’s creditors claim the business showed bad faith when it merged on Dec. 3, 2010 — the day before it declared bankruptcy.

Whitton’s daring merger changed its status from a group of single-asset operating companies into a multi-asset owner, thereby limiting each mortgage lender’s ability to block the reorganization and foreclose on properties used as collateral.

“A single-asset real estate case doesn’t give the debtor the kind of breathing space that comes in a non-single-asset bankruptcy,” explains attorney Hal Baume, a partner in the Princeton, N.J. and New York offices of Fox Rothschild. Baume and Brett Axelrod, another partner in the firm, head Whitton’s legal team.

Whitton Corp. has three hearings remaining — two this month and one on Oct. 7 — to determine market values for the last of 14 commercial properties it owns in and around Las Vegas. Once the court determines those values, Whitton will seek court confirmation of its plan to reorganize.

The single-asset real estate (SAR) section of the U.S. bankruptcy code affects property owners with only one real estate asset who are filing for bankruptcy protection. The measure establishes a 90-day deadline to either file a reorganization plan, or to begin making regular interest payments on the principal balance owed on the loan.

The single-asset definition includes borrowers with multiple assets owned through individual ownership entities such as limited-liability companies or LLCs.

That contrasts with the case of a bankrupt property owner with multiple real estate assets. In those situations, mortgage lenders are presumed to be one of several primary creditors with unpaid balances at stake.

The law gives those owners more time to craft and execute a reorganization plan, and limits each lender’s ability to block the reorganization and proceed directly to foreclosure.

As long as one creditor agrees to a reorganization plan, the borrower can establish and follow that plan despite the opposition of other creditors.

And with the blessing of one mortgage lender in hand and an investor in tow to revitalize the company, Whitton has successfully overcome several attempts by lenders — including Bank of America and Wells Fargo — to block its reorganization efforts in 2011.

Most of Whitton’s creditors have opposed the reorganization, chiefly on the grounds that the debtor showed bad faith by merging before filing for the court’s protection, which deprived the lenders of single-asset real estate status on their loans.

“And where each lender could have blocked the plan in single-asset real estate, all we needed was one of those lenders to vote to confirm plan,” says Baume.

Whitton’s strategy isn’t entirely new, according to Gary Marsh, a partner in the Atlanta office of law firm McKenna Long & Aldridge. In fact there is a term for it — new debtor syndrome — which generally refers to the transfer of assets to a new entity before filing for bankruptcy. And in most cases, those transfers trigger bad-boy provisions in loan documents.

“This issue has come up before and usually is looked on very unfavorably by most bankruptcy courts,” says Marsh, who heads up his firm’s bankruptcy and creditor’s rights practice. “Historically, many bankruptcy judges have said it would be a bad-faith filing in violation of all the loan documents to convey the collateral to some new entity for the purpose of filing bankruptcy.”

One of the remarkable features of the Whitton case is the judge’s decision to let the bankruptcy continue, preventing the various lenders from foreclosing while the new corporation reorganizes.

If the corporation successfully completes its reorganization, it may provide a useful precedent to distressed property owners in similar situations, says Marsh, who is unconnected to the Nevada case.

If the usual court response to new debtor syndrome is to declare a violation of the loan agreements, then why hasn’t that happened in the Whitton case? Because of a critical detail, says Baume, the corporation’s attorney.

As Whitton’s legal team explains it, the various businesses that became Whitton didn’t transfer their assets. They simply merged into a new entity and retained ownership of the loan collateral.

Now that the merger is complete, however, Whitton is entitled to the greater flexibility that is extended to multi-asset owners in pursuing a reorganization.

That argument seems to have satisfied the court. In a hearing on June 8, Judge Bruce Markell of the Nevada district bankruptcy court said the debtor clearly violated contract provisions, including failure to pay. But those violations didn’t constitute bad faith.

“What appears to have occurred here is a restructuring of the entities in order to preserve and reorganize, and to take advantage of Chapter 11 rather than to abuse it,” Markell states in the hearing transcript.

Merging multiple limited liability companies is an unusual prelude to a bankruptcy filing, observes Marsh of McKenna Long & Aldridge. “Generally it’s going to be a bad idea and backfire,” he says. “This would violate almost any loan documents, and sometimes that would trigger some personal liability to a guarantor.”

But for a property owner who wants ample time to work out a reorganization plan and craves a stronger negotiating position with lenders, the Whitton case offers a potential model to follow.

“To the extent that this works, this would be a good precedent to give some leverage to a debtor, developer, owner or investor in real estate who gets into some financial difficulty owning a group of projects,” says Marsh. “Although this is kind of out of the box, to the extent that it works, it might be a strategy to consider.”

Baume concedes that Whitton Corp.’s approach to bankruptcy won’t work for every distressed investor that owns real estate through operating companies, but it may work for some.

“I have to think there are more companies out there like this in similar situations,” he says. “At least this offers some hope to investors in a single-asset real estate situation.”