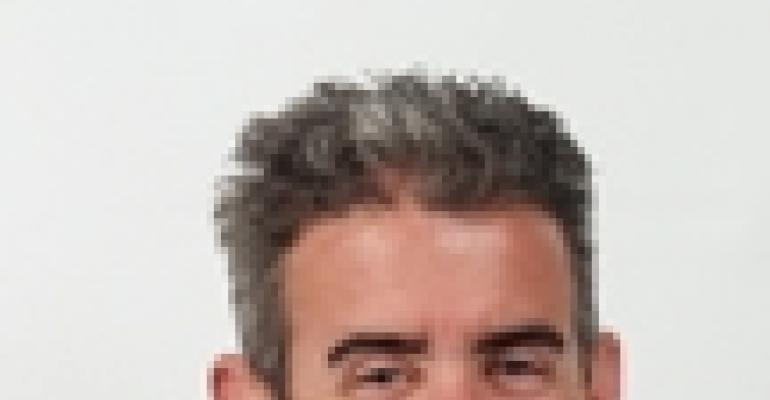 Memorable Sound Bites On the Road, From NAREE to ICSC

As the weather heats up, so too does the number of real estate conferences. It’s been an action-packed, two-week stretch for real estate professionals and the journalists who cover them. Issues ranging from interest rates to housing to distressed buying opportunities have been front and center during the National Association of Real Estate Editors (NAREE) conference in Austin and the International Council of Shopping Centers (ICSC) annual convention in Las Vegas.

What follows are some of the more memorable snippets.

Jeff Friedman, co-founder of Mesa West Capital, commenting at NAREE on what impact rising interest rates would have on the commercial real estate investment market:

“I think it’s simple: it raises the cost of money. So to borrow money, it will cost more. When money was cheap during 2005 through 2007, prices in commercial real estate went up. Money was not available in half of 2008 and 2009, so prices went down dramatically. Now money is pretty available, so pricing has been going up a little bit.

“If interest rates go up, I think it’s going to have a dramatic effect on delinquencies and defaults. The great distress that we’re all waiting for — that could precipitate it.”

Henry Cisneros, former secretary of Housing and Urban Development under Bill Clinton, arguing at NAREE that the federal government’s push to boost the home ownership rate was not the cause of the mortgage meltdown:

“Clearly there were people who became homeowners who shouldn’t have been homeowners. But I don’t think it was a function of governmental policy. The real problem occurred not out of a governmental push, but what I call the hijacking of the homeownership strategy by some unscrupulous elements that included people who came to the mortgage business that had no business being in it.

“Companies were formed like Ameriquest for the sheer purpose of exploiting the subprime opportunities. They hired people from other fields — car sales and lots of other things — and sort of sold them on the idea that they could make a lot of money pushing mortgages.

“Then you had Wall Street creating these exotic instruments (collateralized debt obligations, for example) to sell mortgages into the international market. This coincided with a time that the Fed had kept interest rates low because of the dot-com bust. And the world was awash in capital and petro dollars. You had Germany, China and Iceland buying these exotic instruments and asking for more.

Bob Bach, chief economist for Grubb & Ellis, commenting at NAREE on U.S. employment figures for May, which showed that only 41,000 of the 431,000 jobs created during the month were in the private sector:

“Very disappointing. As optimistic as I was after the April report, which showed a big increase, this was just kind of unexpected. [The private sector added 218,000 jobs in April.] Of all the economic indicators out there, job creation probably has the most direct relationship with demand for all types of commercial real estate, especially office, but also retail and apartments and to a lesser extent industrial.”

“The fact that job growth remains positive, but low, means that will help keep a lid on interest rates and inflation. That sort of keeps the storyline intact that we’re having a slow recovery.”

“We have the most compelling demographic wave coming through the system: 80 million baby boomers who are entering their peak earning and spending years. In addition, we are adding 65 million people to our country in the next 20 years. That is the entire size of France. If you look at our economy, in the next five years we’re expected to grow by $3.2 trillion. China is expected to grow by $3.7 trillion. Invest in America.”

Doug Duncan, chief economist with Fannie Mae, commenting at NAREE on the impact of the April 30 expiration of the $8,000 tax credit for first-time homebuyers. The program ended April 30:

“We’re in the school that says temporary tax credits tend to change behavior temporarily, and so it brought demand forward in time. In those markets that had pretty low supply of properties, it actually created some price appreciation that’s not supportable in the long term, including some of the California markets at the low end of the price spectrum. If you look at the Mortgage Bankers Association’s weekly mortgage applications for home purchases, they’ve fallen something like 30% since the effective end of that tax credit.

“The broader question to me is: What has been the underlying theory in the policies? It is apparent that the belief guiding policy decisions is that house prices are autoregressive and mean reverting, which means that if they overshoot on the upside, they’re going to overshoot on the downside.

“The implementation of the tax credit and other policies is an implicit belief that the social cost of all of the interventions will be less than the cost of letting the market settle itself. So what you are seeing is a whole series of incremental policy changes, which are designed to cushion that overshoot. And it’s an open question whether or not that’s more or less costly than letting the market adjust on its own.”

Rich Walter, president of Faris Lee Investments, commenting at ICSC on why many banks remain reluctant to make commercial real estate loans despite a wide spread (about 5.5%) between the interest rate they’re paying on deposits and the rate at which they can lend money:

“Many banks are weak in their capital reserves, and they’re concerned about the marketability of a loan. I had a good lender friend of mine tell me that he could provide financing on a property at 50% loan to value at a 6% interest rate to a great borrower with recourse based on today’s [strict] underwriting standards, but if he were to go sell that loan he’d get 80 cents on the dollar.

“He asks, ‘Why would I want to make that loan?’ He’s not sure what the new lending guidelines are or what the Federal Deposit Insurance Corp. is going to do ultimately. So, he’s not sure that he wants to book that kind of paper on a 10-year basis and be criticized for it.”

“It really depends on whether we’re talking about a loan that is performing on Monday and is scheduled to be non-performing on Tuesday. Is it a payment default issue? Is it a maturity default issue? Is it in default because the business plan is fundamentally flawed? Do we have a plan to fix it, or do we need to fundamentally reconstitute the cost basis?

“Generally speaking, loans that we see that were underwritten at the peak of the market in 2005 and 2006 tend to have been predicated on a lofty sets of assumptions. On average, we’re seeing assets that need to be repriced to the tune of 40% to 60% from peak values.

“That’s consistent with the report that the Congressional Oversight Panel on the Troubled Asset Relief Program (TARP) issued in March. The panel said the average commercial real estate asset is down more than 40% in the last two years.”