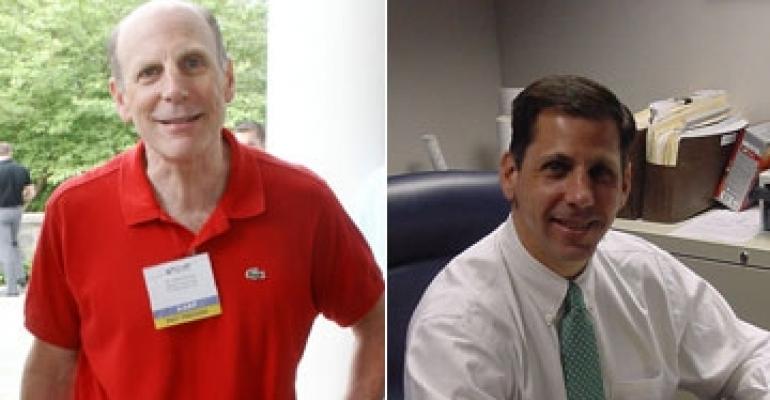 The deaths of apartment executives Steven and Daniel Altman in a midair plane-and-helicopter collision above the Hudson River bordering Manhattan and Hoboken, N.J., have left family members and industry associates devastated and mourning their loss.

The two prominent Philadelphia area commercial real estate businessmen, who were brothers, and Daniel Altman’s 16-year-old son, Doug, were killed in the crash on Saturday. When Steven Altman’s single-engine Piper plane and a sightseeing helicopter carrying five Italian tourists and a crew member collided, all nine occupants of both aircraft died, authorities said.

Pilot Steven Altman, 60, and Daniel, 49, were principals of the Altman Group, a 50-year-old Pennsylvania apartment company founded by their father, David Altman, now 87. Altman Management Co., which Steven Altman headed, operates 14,000 apartment units and owns about half of them.

The brothers were leaders in Pennsylvania’s commercial real estate industry, and Steven Altman was former president of the Apartment Association of Greater Philadelphia. Earlier this year, he traveled to the state capital, Harrisburg, for a conference to advocate for new industry legislation, says Larry Falkow, a board member of the association.

“They were iconic figures. If there was a Mount Rushmore of the apartment owners in this region, they would be up there,” says Falkow.

On Saturday, as news of the fatal crash was broadcast, throughout the Philadelphia area, friends of the Altmans in the industry kept a vigil, waiting to learn which family members had been aboard the aircraft.

“The members of the apartment association and the industry in this area are very close knit. We have just been commiserating since Saturday evening,” says Falkow. “It’s devastating. I’ve been in the business for 32 years. This is by far the worst tragedy that has occurred within the industry. It’s a huge loss, it leaves a void that can’t be filled.”

The Altman Group, based in Fort Washington, Pa., and its executives, have earned many industry awards, Falkow says. “They are in the highest echelon of companies in this region.”

When Steven Altman traveled to Harrisburg in March for the capital conference, he flew his small plane while other delegates drove, says Falkow. The airfield from which Altman took off early Saturday, Wings Field, is located just minutes from Altman’s home, he adds.

Later in the morning, Altman traveled to Teterboro Airport in New Jersey, before continuing on toward the Hudson River. The trio were eventually headed to Ocean City, N.J., family members said.

A pilot and commercial real estate executive, Steven Altman followed in the footsteps of his father, who earned a Purple Heart in World War II and was an avid pilot of small aircraft. According to family members, Steven Altman had been flying for more than three decades.

Over the years, he frequently flew humanitarian missions for Angel Flight East, transporting medical patients to hospitals at no charge.

Joel Altman, 66, chairman of the Altman Cos., a separate multifamily development firm based in Boca Raton, Fla., says that like Steven, he also became a pilot, following the example of Steven’s war hero father, who is Joel’s cousin. The elder Altman had survived the battle of Iwo Jima. “He’s my dad’s generation, so we always looked up to him.” The Florida executive pilots a Cessna Conquest, a prop jet.

The National Transportation Safety Board and the Federal Aviation Administration were investigating the crash, as New York and New Jersey police continued recovery efforts in the river on Tuesday.

Joel Altman was a partner with Steven in a seniors housing development in Detroit. “I just spoke to him two weeks ago — a week ago. I’m deeply saddened. I’ve always thought the world of Steven and Daniel.” He is particularly distressed for their father. “The worst thing in the world is to have to bury a child, let alone two children and a grandson.”

Years ago, Joel Altman sent his own son to intern at his relatives’ Pennsylvania apartment company to get his feet wet in the industry. Steven, Daniel, and a third, surviving, brother, Brett, who concentrates on the construction side, were fine teachers, the executive says.

“Steven is younger than I, but I always had the utmost respect for Steven. He’s very bright, a real thinker. I loved being partners with him.”

Falkow, the apartment association board member, says the Altman brothers had a good sense of humor. “They were just great guys, the kind of guys you want to hang out with and pal around with.”

Several industry sources say the Altman Group companies will continue for now, since they have strong management in place at the top and midlevel, and operate thousands of properties.

Joe Mullen, president and CEO of the Philadelphia-based Madison Apartment Group, ranked one of the country’s top 50 apartment owners by the National Multi Housing Council, says he knew Daniel Altman fairly well. Like Mullen, the Altmans also were members of the Washington-based Council.

“Dan was a real gentleman who did a great job in the [company] organization,” says Mullen. The two occasionally played golf, and compared notes on the recent economic swings affecting the industry.

“We’d talk about what we’re both seeing in our industry. How we’re buying properties, how we’re running them.”

The Altmans have a great organization, and they were strong advocates for the apartment market, says Mullen. For the families and the industry, Saturday’s crash is “horrible,” a terrible loss.

“You’re going to miss a voice in our industry. There’s no question of that,” adds Mullen. “It’s a sin. An absolute tragedy.”