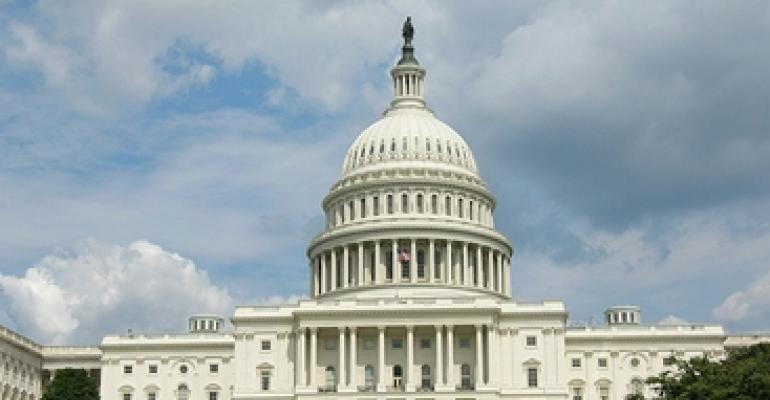 Washington, D.C. has become a favored target for institutional investors, including sovereign wealth funds, pension funds, real estate investment trusts and insurance companies. But with the U.S. government accounting for 23% of the local workforce, some analysts are raising a red flag.

What worries them? The U.S. is currently running a $1 trillion federal budget deficit and the recent drama surrounding a near shutdown of the government by opposing political parties could repeat itself by September.

One current proposal to solve the deficit challenge calls for reducing the size of government through cutting the federal workforce by a total of 10% by 2015.

“The recent moves to bring the federal budget under control represent a situational risk to investments made in these markets, a risk that I am not sure all investors have understood,” says Jim Costello, principal and director of strategy services at CB Richard Ellis Econometric Advisors.

Investors should take note that this scenario has happened before, says Costello. He points to the mid-1990s, when President Bill Clinton’s administration was making cutbacks in the federal budget and the number of federal civilian workers in the District of Columbia fell by nearly 6% per year in 1994 and 1995.

History shows that those cuts lingered. As demand for office space began to pick up around 1995 and 1996 across the rest of the country, net absorption of office space turned slightly negative in the District of Columbia.

A similar downturn in both office demand and federal civilian job growth occurred in 1982.

“There seems to be an assumption that the healthy demand for office space that D.C. has seen since 2001 will continue,” says Costello. “This demand, though, was generated at a time when the federal government spent money, in Senator [John] McCain’s words, ‘like a drunken sailor.’”

That is not to say institutional investors should shun the nation’s capital, or other major markets, altogether. Instead, analysts recommend a heightened sense of caution.

Investors need to take into consideration what would happen to the office market in Washington, D.C. if federal spending or the federal civilian workforce were cut back even more than in either of the two previous downturns.

Major markets like Washington, D.C. recorded exceptional year-over-year gains in investment property sales volume in the first quarter of 2011, riding a wave of momentum from 2010 into the new year, according to New York-based Real Capital Analytics.

But Washington, D.C. stood out from the rest, recording the largest increase in volume, with activity spiking on sales of trophy assets.

Notable transactions included Wells REIT II’s purchase of Market Square East and West in early March for $615 million, or a record $905 per sq. ft. The two-building complex includes about 679,710 sq. ft. of office and retail space.

The D.C. market saw more than $1.6 billion in office sales in the first quarter, with 17 properties trading at an average price of $498 per sq. ft.

That activity beat out another perennial favorite, New York, which saw 19 buildings trade for just over $1.1 billion and an average price of $450 per sq. ft.

Recent trends in capitalization rates point to the fairly wide gap between primary markets and everything else.

According to Real Capital Analytics, cap rates on major office sales in the first quarter in primary markets averaged 7.2%, while sales in secondary markets saw a rate of 8.1% and tertiary markets recorded around 8.5%.

“There is a risk of a winner’s curse in the markets that have led the recovery on account of investors’ aggressive bidding for a small subset of very liquid assets.”