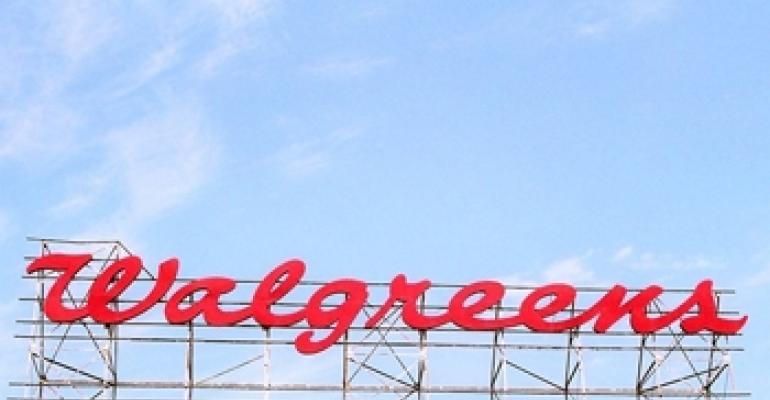 Net lease investors can’t seem to get enough of the drugstore sector with sales today being driven by a desire among both lenders and buyers for low risk assets with a steady income stream.

According to a report on the second-half outlook for net lease properties from Marcus & Millichap Real Estate Investment Services, drugstore sales were up 10 percent, supporting a 3 percent rise in the median price for the sector to $334 per square foot. Yields have fallen to the high-6 percent to mid-7 percent range.

Investors view drugstores the same way they view long-term bonds—as a safe bet with a guaranteed long-term return, according to Brad Pepin, director with Stan Johnson Co., a Tulsa, Okla.-based commercial real estate investment firm specializing in net lease properties. That’s because drugstore chains typically sign leases for at least 20 years, with additional renewal options extending their terms to as much as 75 years in total. Moreover, two of the three major drugstore chains in the market—Walgreen Co. and CVS Caremark Corp.—come with investment grade credit ratings. That makes it easier for buyers to secure financing and is a big reason why the assets continued to trade throughout the downturn.

“They are popular because the majority of the financing available today is specifically for these kinds of properties,” says Randy Blankstein, president of The Boulder Group, a Northbrook, Ill.-based brokerage and advisory firm that focuses on the single-tenant net-lease sector. Drugstores are eligible for credit tenant loans (CTLs), which lenders give to properties that have tenants with investment grade credit ratings. The loans come with multiple perks, including higher than average leverage ratios, low debt service coverage and no recourse.

Today, net lease buyers can secure non-recourse financing with interest rates in the mid-5 percent range, 60 to 70 percent LTV ratios, 10-year terms and 30-year amortization schedules. With CTL loans, lenders often provide leverage ratios of up to 85 percent for buyers of Walgreens and CVS drugstores, according to Blankstein—something they are unlikely to see outside the pharmacy sector.

While institutional investors have turned their attention from core assets to class-B properties in smaller markets recently, the bulk of investors in single-tenant net leased buildings are still private individuals who continue to prefer relatively safe bets. Walgreens and CVS locations offer safety because of the high credit ratings of the companies—Moody’s currently rates Walgreen Co.’s long-term debt at A2 and CVS Caremark’s long-term debt at Baa2. Standard & Poor’s gives Walgreen Co. an A rating and CVS Caremark a BBB+ rating.

Drugstores also sign leases that feature the longest terms among the tenants in the retail net lease universe, according to Nick Coo, director in the Irvine, Calif. office of Faris Lee Investments. They typically sign for an initial term of 20 to 25 years, whereas a big-box tenant would only agree to a 10-year lease.

The price point for drugstores, which tends to be in the $3.5 million to $10 million range, makes them a particularly attractive product for net lease investors. Fast food restaurants usually trade under $2 million and attract all cash buyers. Big boxes, which start at $10 million, might be too expensive for some. Drugstores, meanwhile, are relatively affordable for the vast majority of investors and provide the opportunity to build in leverage, according to Coo.

“These projects are easily financeable, and then the lease term is one that allows for easy refinance if there is a 10-year term on the loan,” says Coo. “It’s a great product for a market that’s seeking passive income.”

Median cap rates for Walgreens sites, on the other hand, came in at 6.8 percent, 5 basis points below where they were in the first quarter and 100 basis points lower than the asking cap rate for net leased retail properties as a whole. Median cap rates for CVS locations came in at 6.9 percent, because of CVS Caremark’s slightly lower credit rating than Walgreen Co.’s.

In fact, depending on the market, some Walgreens and CVS sites are trading at cap rates that are as low as 6.25 percent or 6.5 percent, according to Gregory M. Dalton, senior vice president and leader of the net lease properties group with CB Richard Ellis. For example, Dalton’s team recently helped negotiate a 1031 exchange of a Walgreens in Northern California that was closed at a 6.25 percent cap rate.

“We do see a premium for certain locations—typically in California, in the larger metro areas, there is a premium between 25 and 35 basis points for a Walgreens or a CVS,” he says. “And the same holds true for certain areas on the East Coast.”

Brokers expect that current cap rate levels will hold steady for the next six months, driven by affordable financing terms. At the same time, the fact that there are plenty of drugstores available on the market—Brad Pepin estimates there might be more than 200 available nationally right now—will prevent further cap rate compression.

Also, “lenders are not giving out as overly aggressive loan terms as they were in 2006 and 2007,” he adds. “Therefore, because the debt terms are more conservative, cap rates are going to stay at a level they are today.”

Not all drugstores are created equal, however. Because Walgreen Co. has high marks from the rating agencies, it is viewed as the most desirable operator followed closely by CVS Caremark. Both, however, are far more sought after than Rite Aid Corp. Standard & Poor’s gives Rite Aid Corp. a credit rating of a B-, indicating that it is on a watch list for default. As a result, risk averse investors have stayed away from Rite Aid locations for most of last year, and this year are only buying those properties at cap rates that start in the 9 percent range, according to Blankstein.

Still, because the higher risk profile of Rite Aid Corp. has the potential to deliver a better yield, investors continue to look at the chain’s stores. Marcus & Millichap, for example, has sold 20 Rite Aid drugstores year-to-date, out of 100 single-tenant net leased drugstores, according to Bill Rose, director of the firm’s national retail group.

The difference is that with Rite Aid sites, investors dig down to the level of the individual location to figure out if buying makes sense. If sales are high and the store can be easily leased to another tenant should Rite Aid leave, they will go after the property, according to Coo. If sales at the store are lackluster and the location mediocre, investors will pass.

As a rule, though, drugstore boxes, which range from 10,000 square feet to 14,000 square feet and often take prime corners, can easily be replaced by alternate space users, says Rose. He notes that both Wal-Mart Stores Inc. and Target Corp. have recently started working on smaller concepts, in addition to a number of other chains.

“It’s a perfect size fit for many retailers,” Rose says.